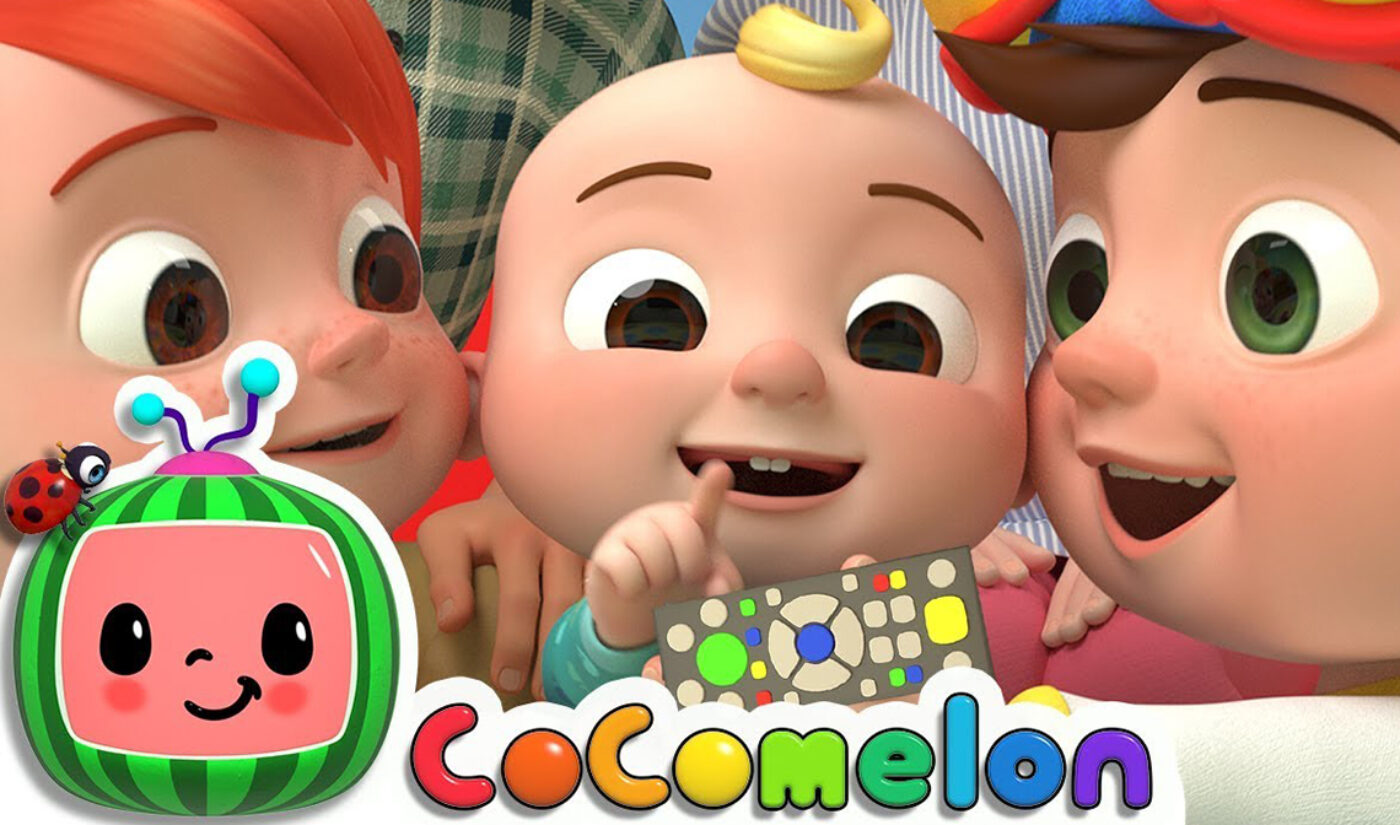 It’s no secret that YouTube content made for kids is popular. But amid this year’s pandemic, videos that keep kids occupied have become even more essential for parents, whether they’re working in or out of the home. Parents obviously benefit from these large digital libraries, but the video creators themselves are the ones who are cashing in lately.

A special August report from Tubular Labs showed that viewership for media companies making kids’ YouTube content increased by 79% in the first half of 2020, compared to the first half of 2019. Made-for-kids videos from major brands were also up 64%, and influencer video views rose by 18% in the same time period.

Tubular’s United States creator leaderboard winds up being a “who’s who” of channels with huge viewership numbers and/or revenue plays beyond just video content. Through Aug. 13, Cocomelon was one of the most-watched creators on all of YouTube, with over 2.7 billion views for the year. The company was acquired by Moonbug–itself No. 10 on the year-to-date leaderboard–back in July. Properties like Peppa Pig (second), WB Kids (fifth), and Paw Patrol (seventh) not only performed well here, but are also recognizable offline brands. 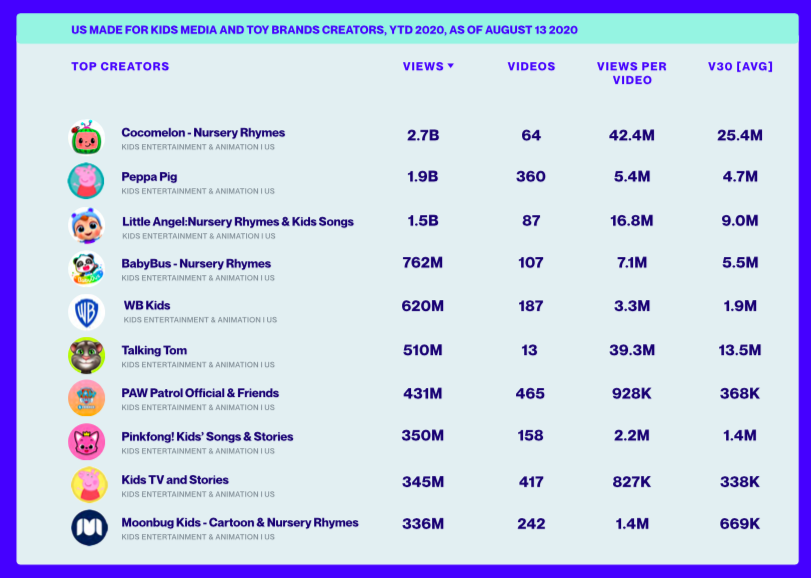 Hasbro-owned creators like Peppa Pig, PJ Masks (both part of Entertainment One), and others generated over 7.7 billion views from Jan. 1 through Aug. 18, 2020. For Paw Patrol, the brand brought in over $1.37 billion in revenue across various entertainment categories from 2015-18, according to the NPD Group. AT&T-owned WarnerMedia, which operates WB Kids and other kids’ channels, has collected over 4.4 billion YouTube views this year. That intellectual property includes DC Comics, Cartoon Network, Harry Potter, Looney Tunes, and more. Merchandise sales for those brands is worth billions of dollars — and social video is part of what drives that interest.

As one might guess when trying to occupy children, the longer the content, the more likely parents are happy to turn it on. From Jan. 1 to Aug. 10, 2020 37% (24.9 billion) of all made-for-kids views came from videos that ran at least 20 minutes. Creators like Cocomelon, Peppa Pig, and nursery rhyme channel BabyBus, among others, seem well aware of this: over 59% of their uploads last at least 20 minutes.

Tubular also used data around Barbie (owned by Mattel) to showcase how IP owners can find new opportunities to engage with underserved audiences. While official Barbie videos made up the overwhelming majority of views in countries like the U.S., Russia, Germany, and France, that’s not the case in APAC markets such as Indonesia, South Korea, and Japan. In those countries, at least 75% of Barbie views are non-official, and in many cases user-generated. That’s indicative of a demand Mattel can address with localized Barbie content for those respective markets.