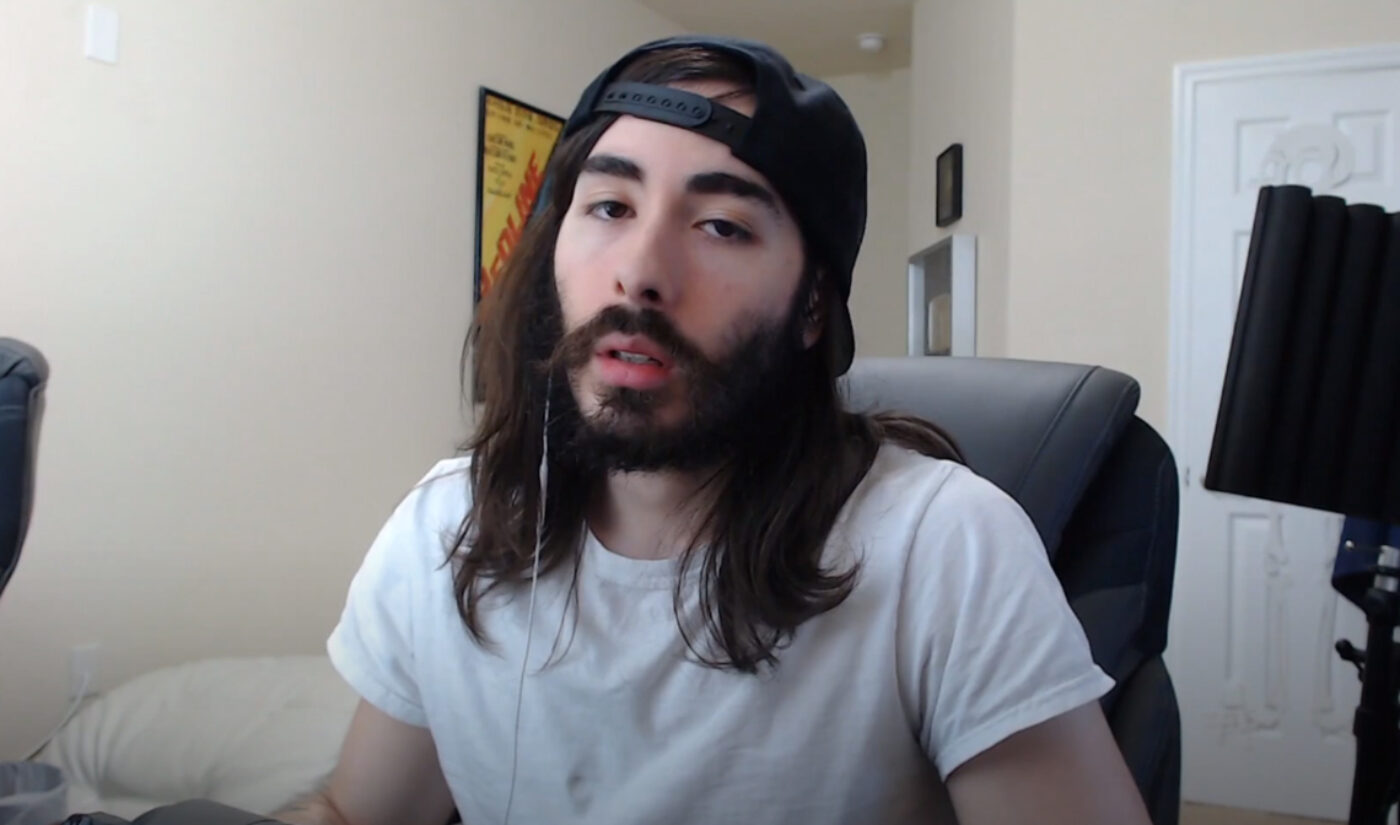 After mass outcry from creators and viewers, YouTube has reversed Community Guidelines strikes it issued to MoistCr1TiKaL and Markiplier over a prank road rage video featuring SpongeBob SquarePants, Mickey Mouse, Sprat from Ice Age, and an unidentified purple bunny.

The clip in question is a dash cam recording from Russia that first went viral in 2014. In it, a small white car cuts off a van, then stops in the middle of the road. The car’s driver gets out and stomps up to the van’s window. As he’s yelling, four costumed people pile out of the van and descend on him, buffeting him with their furry paws.

MoistCr1TiKaL (aka Charlie White), a gaming and lifestyle creator with 5.82 million subscribers, posted a video about the clip Aug. 24. Shortly after, it was removed by YouTube, and his channel received a Community Guidelines strike for uploading “graphic content with intent to shock.”

In a Sept. 1 vlog about the situation, White said he believes a human moderator wasn’t behind the decision. “It would take an actual human being only one watch of my video to recognize that the video is fake, and it’s not intended to be shocking or disgusting,” he said. “It’s just meant for jokes. In the video, none of the punches even connect. All the punches are pulled, all the kicks are pulled…The video is a staged stunt, and it takes a human being only one watch of the video to recognize that.”

White filed an appeal for the strike and reached out to Team YouTube on Twitter. Team YouTube said the decision had been reviewed and would stand:

Confirming that a member of the team reviewed the video & the decision stands. Footage containing graphic content (fights, beatings, etc.) w/ the intent to shock, violate our CGs. Since you’re in touch with a Partner Manager, they’ll be the best POC to answer q’s you may have.

Because White owns Human Media Group, a business management and ad sales company for YouTubers and podcasters that works closely with YouTube, he knows YouTube executives and was able to ask them directly about the removal and strike. None of them agreed with YouTube’s actions, and could not get in contact with the content moderation team that made it, he said in his Sept. 1 video.

“I’d argue the majority of YouTube genuinely does care from behind the scenes,” he said. “I think a lot of departments are really on the side of creators and want to make it better. But there is a few groups, like this one in particular, that just ruin it and ruin YouTube’s reputation and image as a result.”

YouTube’s various teams are “really isolated from one another,” he added. “Everyone I’ve talked to at YouTube doesn’t have a direct means of communication with this manual review team. They only talk through emails or, like, pigeon carriers.” This “right away represents a problem,” he said. “When everyone’s not on the same page or the same team with the same understanding of what is and isn’t allowed, that’s already a problem.”

In the same upload, White pointed out that Peluchin Entertainment, a channel run by a man who allegedly uploaded videos of himself torturing and killing cats, is still live. He claimed there are numerous other channels that upload videos of animals being injured or killed for entertainment, and YouTube doesn’t remove them. “Why don’t they have a problem with animal abuse but they’ll ban other channels for much more innocent content at the drop of a hat?” he asked.

Tubefilter reached out to YouTube to ask about videos showing animal abuse. YouTube replied with a link to its policies on violent and graphic content, which state that videos where there is “infliction of unnecessary suffering or harm deliberately causing an animal distress” are not allowed and viewers should report them to local law enforcement.

Following YouTube’s statement that it would uphold his strike, White called attention to the fact that Markiplier, who has 26.7 million subscribers, showed the same road rage clip in a 2016 “try not to laugh” video. His upload had not been hit by the moderation team.

Markiplier (IRL name Mark Fischbach) tweeted in support, and soon found himself with his own strike:

lol there it is pic.twitter.com/tsNlo9nw3F

In an upload posted today, before the strikes were reversed, Fischbach criticized YouTube’s “uneven application of their own rules” and apparent unwillingness to communicate with creators.

“It all boils down to the only problem that YouTube has only ever had, which is communication and transparency,” Fischbach said. “If they really had a problem with this clip…You know what they could have done to handle it? They could have reached out. They could have just talked to us. I’d like to think that we have a good reputation. You know, if a channel is actually in good standing with no strikes, why can’t they ask us to do it for them?”

He added, “All that people really want is some trust. I think creators just want to feel like they’re a part of this YouTube thing, and not just another cog in the advertising machine.”

Fischbach and White urged viewers to tweet with the hashtag #AnswerUsYouTube, asking the platform to explain why it removed their videos but isn’t targeting actual abusive content. The hashtag trended last night and this morning.

This afternoon, YouTube officially reversed the strikes, saying they were “an over-enforcement of our policies.” It also reinstated both creators’ videos.

“We’re not going to die on this hill,” Team YouTube tweeted. “You were right.”

It did not respond to the other concerns White and Fischbach raised.

I appreciate the reinstatement and apology. I’m willing to accept that mistakes can happen and hope we can work together to minimize the chance that it’ll happen in the future. I’ll take the Spongebob costume off for now… https://t.co/yLCrrDxBIW

Absolutely fantastic news! I think we’re all thankful to hear you were willing to go back and reevaluate the decision, it means a lot to creators to see that. Hopefully we can all have more open dialogue when it comes to things like this in the future. Thank you https://t.co/2xAT4Jcc6O