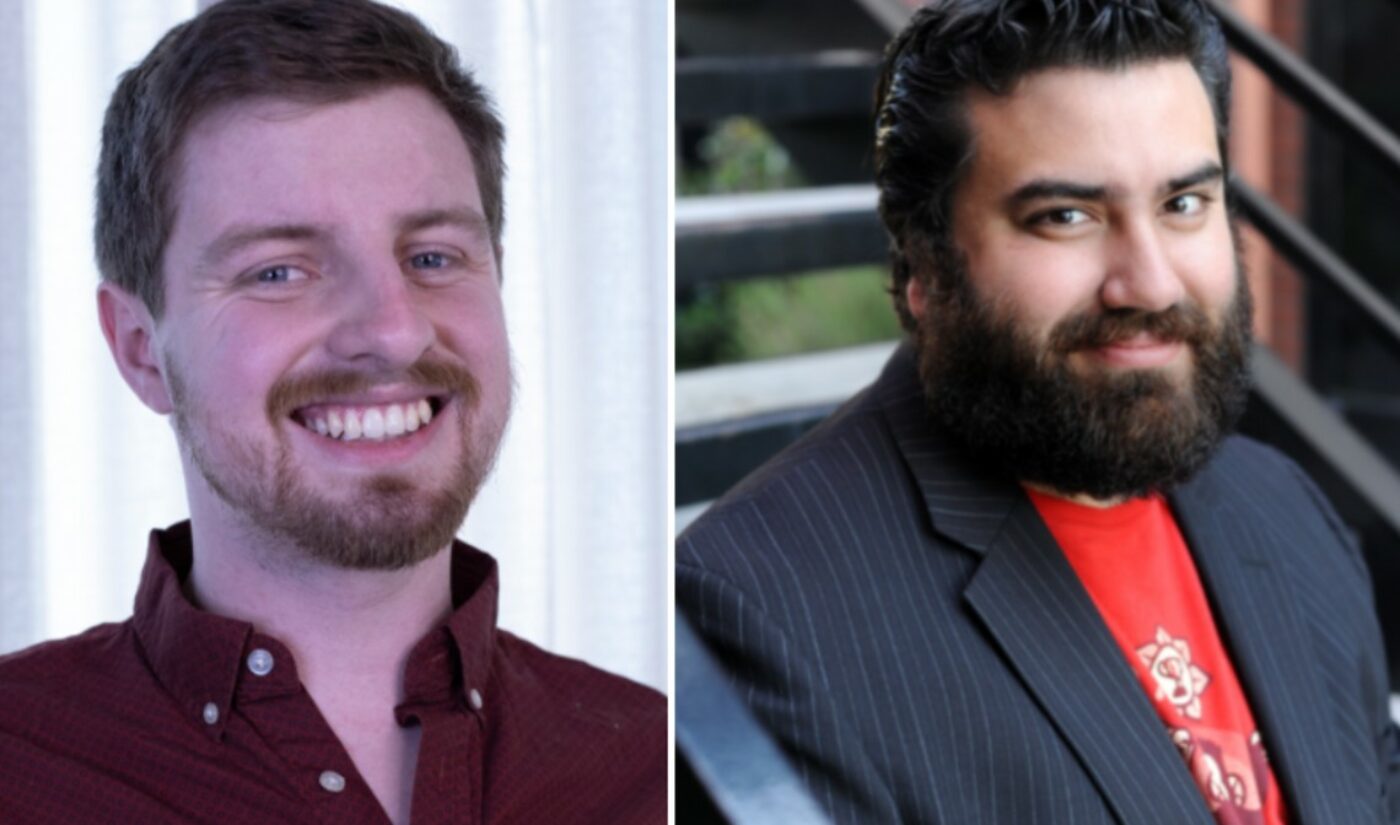 CAA has signed two prominent gamers — Jacob ‘Alpharad’ Rabon and Jirard ‘The Completionist’ Khalil — for representation in all areas. Both are most active on YouTube, counting 2.2 million and 1.3 million subscribers, respectively.

Rabon (pictured above, left), is best known for his skill in Smash Brothers and other Nintendo titles, and counts more than 3 million followers across all of his social channels. He also averages 750,000 views per video, according to CAA, with clips distinguished by strong editing and comedic stylings. Rabon has teamed on sponsored content with brands like Electronic Arts, Dunkin Donuts, Ubisoft, and Audible.

In addition to his gaming career, Rabon is also a musician in the band Ace Of Hearts, which released its debut EP, Monophobia, in June.

Khalil — pictured above, right — counts more than 1.8 million social media followers. For the past eight years, he has completed one game each week on his YouTube channel. Khalil has also tried his hand at live touring — as both a solo act as well as part of the Scary Game Squad, a YouTube ensemble known for their horror game play.

Khalil — who has worked with brands like Nintendo, Square Enix, Activision, and Oculus — is also highly involved in The Open Hand Foundation, a dementia research charity created in honor of his mother, Kaaren, who passed away from frontotemporal dementia in 2013. Khalil annually hosts IndieLand, a charitable stream promoting indie game developers, with all money raised benefiting The Open Hand Foundation. The most recent showcase raised $100,000 for the charity in 24 hours, CAA said.