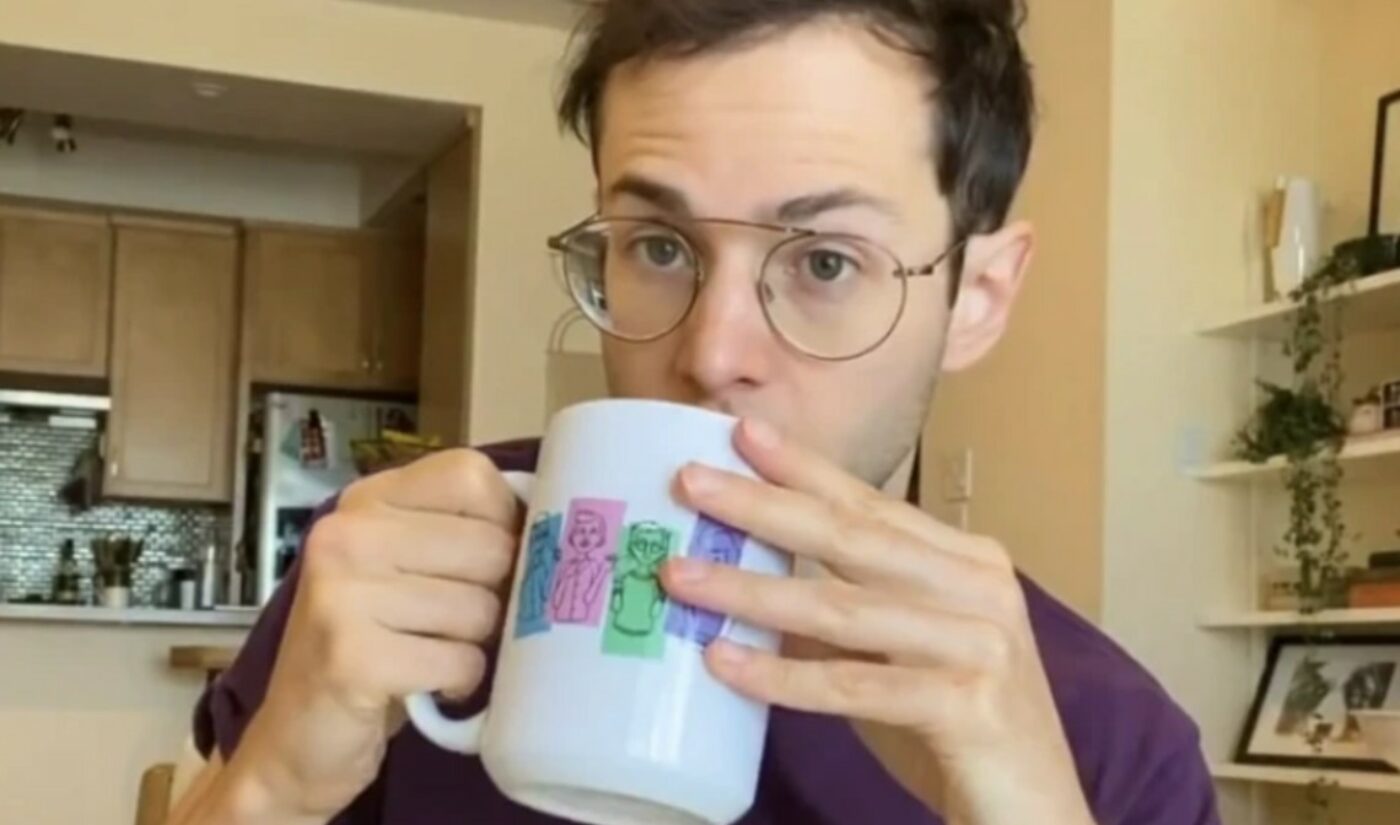 Try Guys star Zach Kornfeld is dipping into the beverage business — a path that has been trod by countless influencers before him.

The 30-year-old has launched Zadiko, a loose leaf tea brand that sold out promptly upon its launch on Aug. 17, and which is being restocked today. A total of 25,000 units sold out in just under 12 hours last week, Kornfeld tells Tubefilter. Zadiko comprises three SKUs — Zach’s Breakfast blend ($20), a second flavor dubbed Mission Chill ($20), and a duo pack ($35). That means that, at the very least, Kornfeld sold half a million dollars worth of tea on launch day.

This marks the second food/beverage brand to be launched by one of The Try Guys, who count subscribers 7.3 million subscribers and roughly 50 million monthly views on their flagship YouTube channel. Zadiko follows the launch of Keith Habersberger’s hot sauce brand in December. Kornfeld tells Tubefilter that while he and Habersberger conceived their brands around the same time, he initially harbored doubts. But seeing Habersberger’s success gave him the confidence to move forward — as well as insights about how much tea to produce during the initial run.

The name Zadiko was taken from the first two letters of Kornfeld’s real name and online moniker: Zack ‘Diddy’ Kornfeld. And the line was inspired by Kornfeld’s struggle with Ankylosing Spondylitis, an autoimmune disease that causes back pain and sleeplessness, and for which he has found that tea helps him enormously in terms of both providing energy as well as its anti-inflammatory properties.

Looking ahead, Kornfeld says that more blends are in the works — as is teaware — though he doesn’t have plans to launch bagged tea, stating that loose leaf tea is higher quality, healthier, and tastier. Zadiko has also spawned its own merch line, comprising hoodies, T-shirts, and a mug.

As with Haberserberg’s hot sauce venture, Kornfeld documented the creation of Zadiko in a six-part series that seeks to give viewers a glimpse into the creative process, which you can check out above.

Beyond their rigorous YouTube output, The Try Guys have launched several off-platform ventures, including Kornfeld and Habersberger’s brands, which each of them owns independently. (The group’s two other members, Ned Fulmer and Eugene Lee Yang, have no current plans to launch their own food or beverage brands, they say). Additionally, The Try Guys guys run a production company in Los Angeles with 11 full-time employees. They also released a book last summer that spawned a 26-city international tour — and are currently readying a documentary feature chronicling that experience.