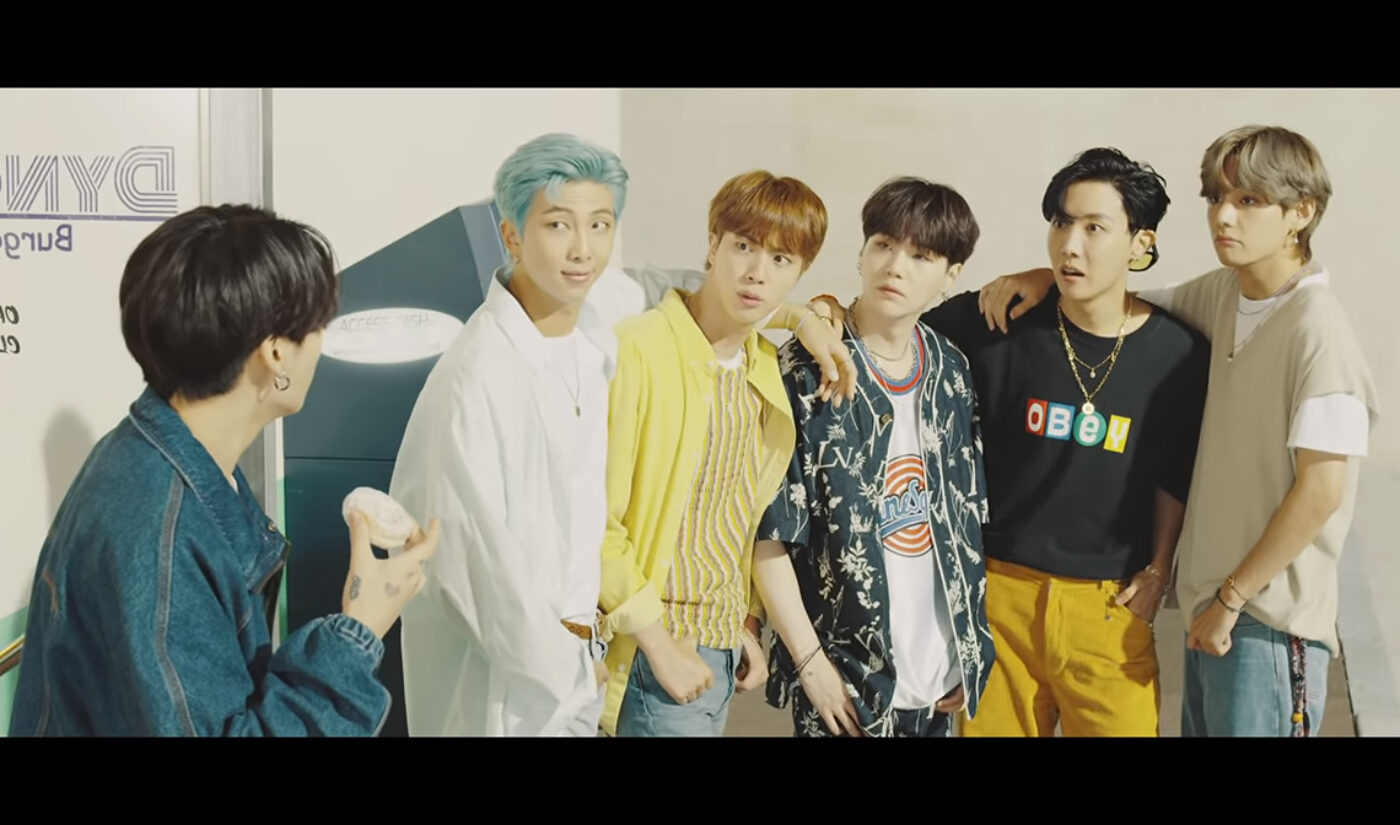 K-pop sensation BTS has set yet another YouTube record.

The retro music video for its first English-language song, “Dynamite,” premiered live on the platform today, and drew more than 3 million concurrent viewers, per Variety. That figure puts the Bangtan Boys well over the previous record holder, fellow K-pop group Blackpink. The music video for their track “How You Like That” brought a peak of 1.66 million concurrent viewers when it premiered on YouTube in June.

And before the day is done, “Dynamite” might steal another of Blackpink’s titles. “How You Like That” went on from its record-setting premiere to bring 86.3 million views on its first 24 hours, making it YouTube’s most-watched video debut ever. At press time, the “Dynamite” music video has been on YouTube for 13 hours, and has snagged a whopping 62 million views, putting it well on track to retake the record.

Tubefilter has reached out to YouTube to confirm the “Dynamite” premiere’s exact number of peak concurrent viewers.

BTS said this week that it wanted to debut “Dynamite”–which is on their eighth studio album, Map of the Soul: 7—now because of the coronavirus pandemic. “The release of ‘Dynamic’ wasn’t in our plans at all,” member Kim Nam-joon said at a press conference. When the band heard the track’s demo, though, “We thought it was really fun and exciting, a fun and cheery song that wasn’t that serious…We really wanted to share this energy with the fans as soon as possible.”

You can watch the “Dynamite” music video below: