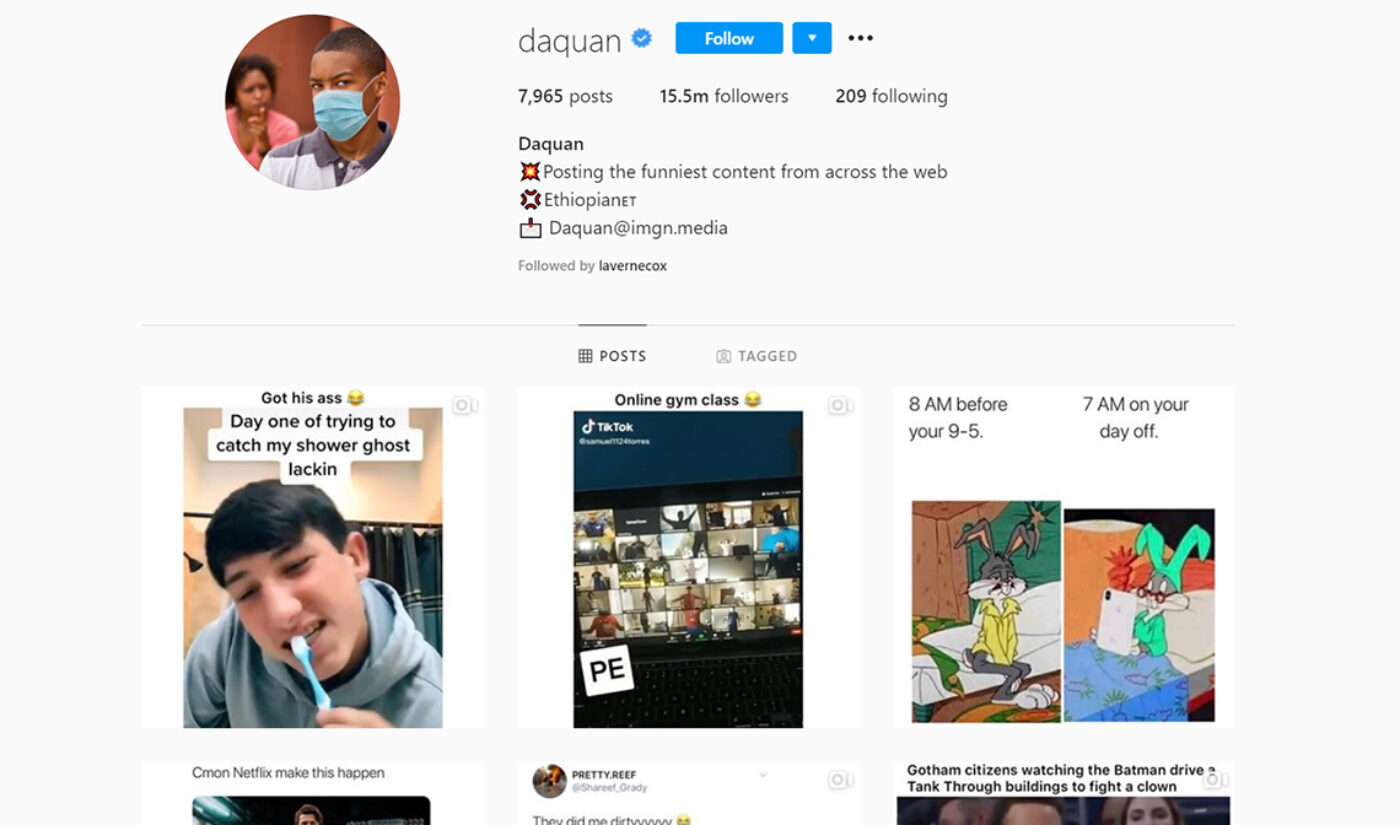 The music industry giant announced that it has acquired digital media company IMGN, which claims to bring in more than 3 billion views per month through various content-aggregating Instagram meme accounts — accounts that are reminiscent of the likes of @fuckjerry. It also produces branded content for a client roster that includes its new owner, per Music Business Worldwide.

If you’re thinking this acquisition (reportedly priced at $85 to $100 million) seems an odd maneuver for a record label, you’re probably not alone. But here’s the thing: In a statement about the move, Warner specifically noted that bringing in IMGN would grant “insight into social media trends.”

IMGN’s social media accounts collectively have more than 40 million followers, it says, and 85% of that audience is millennial or Gen Z. And in addition to having young followers, its accounts–which include memery Daquan, ASMR outlet So Satisfying, Tryhard for esports, Bodyful for fitness, Sarcasm Therapy for “female comedy,” and pop culture tracker Journal–are basically a Trending tab for the internet as a whole. They serve up a spread of topical posts from Twitter and TikTok, plus user-submitted clips and screenshots of news reports in their niches.

Lmao I hope her mic was on

All of these posts, along with millennial and Gen Z users’ reactions to them, are valuable data for Warner Music Group. And Warner reportedly isn’t alone in considering IMGN’s data worth grabbing. In recent months, Snap and TikTok itself have looked at acquiring the company, Snap for a reported $180 million and TikTok for a reported $150 million.

As Music Business Worldwide points out, this is not Warner Music Group’s first data-focused acquisition; it bought youth culture news outlet UPROXX in 2018. Both UPROXX and IMGN operate with “journalistic autonomy,” Warner said, indicating that it’s content to let the companies keep on keeping on with content while it gets a peek under the hood.