Spotify Is Hiring A Head Of Audiobooks, Signaling Its Ambitions In The Space 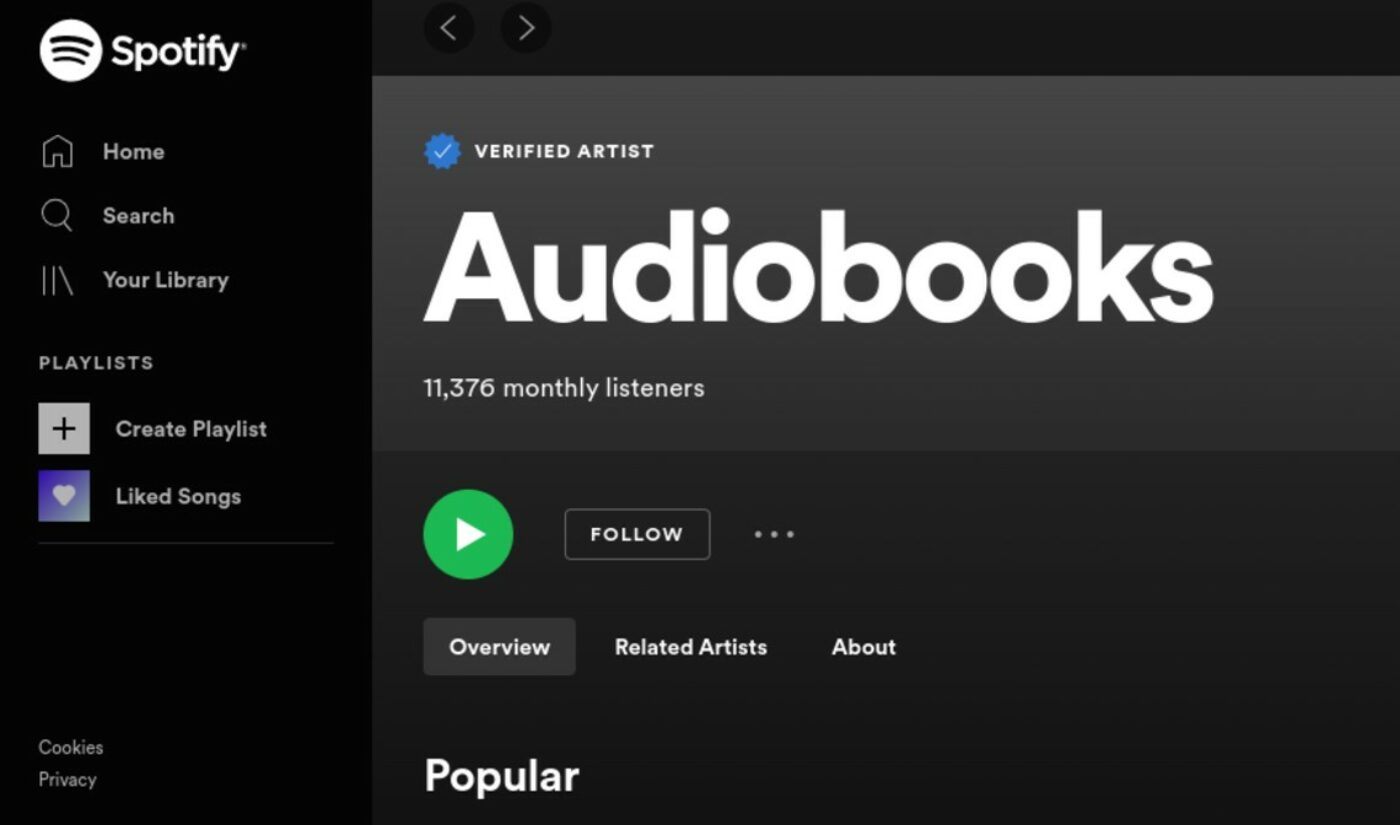 Podcasting isn’t the only non-music content format that Spotify is looking to conquer.

Per a new job listing this week, as spotted by freelance strategy director Katya Kotlyar, the streaming service is seeking a head of audio books to oversee its spoken-word content business.

The role will report directly to Spotify’s head of new initiatives/partnerships, with the exec overseeing all audiobook-related endeavors, including creative, content strategy, editorial, and programming — including licensing third-party audiobooks as well as developing original content for Spotify. In terms of originals, this is an offering being tread by audiobook leader Audible, which is owned by Amazon, and which vends exclusive works in theater, journalism, and literature with listening times that vary from one to four hours.

Spotify says its head of audiobooks will be tasked with assembling their own team, and can either reside in New York or Los Angeles, per the job listing. Candidates must have a background in content strategy and at least 10 years of experience in the literary industry. They should also have relationships with authors, literary agents, and other influencers in the book world, Spotify says.

Spotify, which launched in 2008 and says it counts 271 million users, already hosts many audiobooks — though the job listing suggests its ambitions extend far beyond its current offering, which isn’t comprehensive. The selection, which includes a lot of public domain novels whose chapters are distributed as individual tracks, is available for free. Spotify’s Audiobooks page counts 11,400 monthly listeners. Books hosted on the service include HG Wells’ The Time Machine (which is the audiobook of the week) as well as its current ‘best-seller’, All We Buried: A Sheriff Bet Rivers Mystery by Elena Taylor.