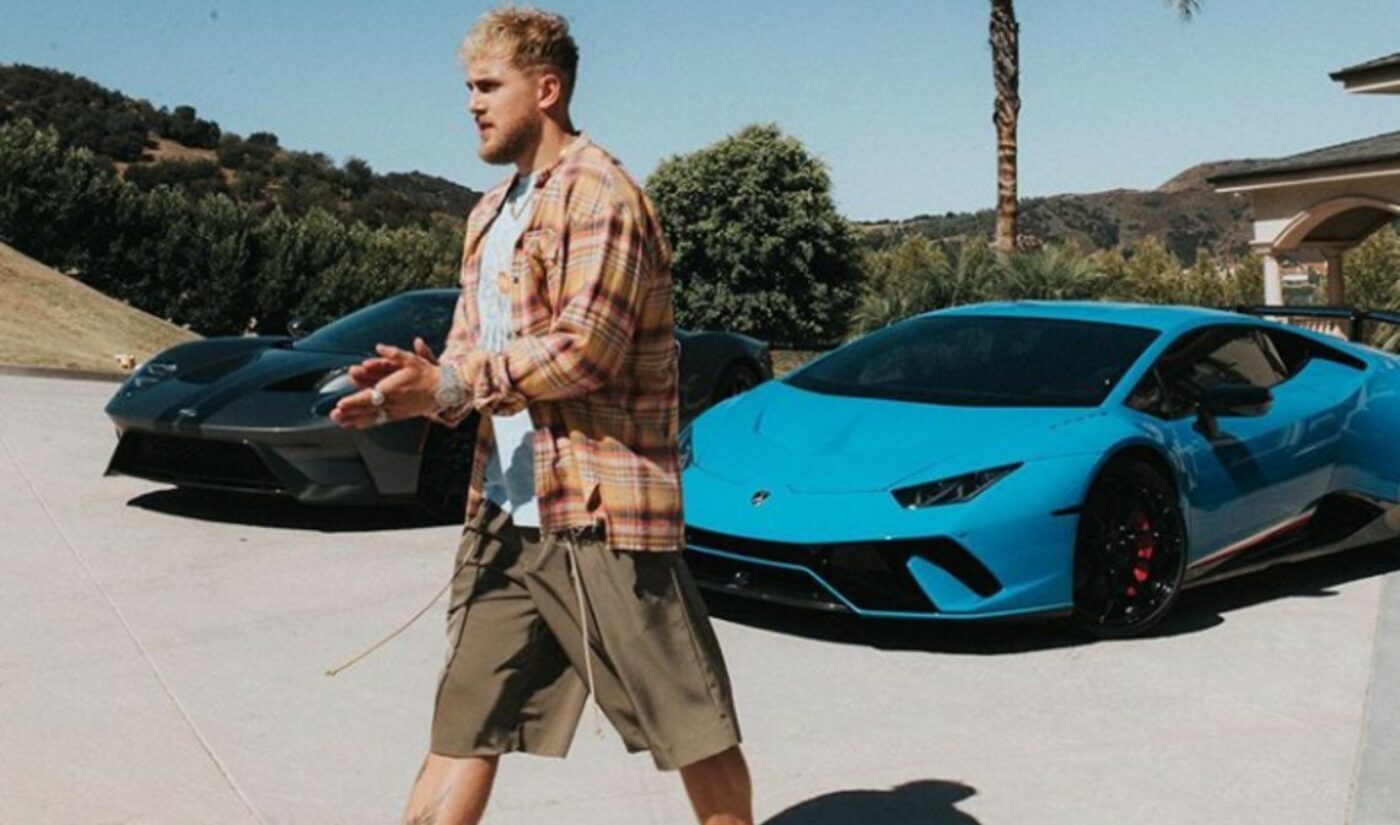 Ceaselessly controversial vlogger Jake Paul, who on Wednesday for the first time addressed the FBI raid at his Calabasas home in a now-deleted YouTube video, is under new management.

The 23-year-old has joined the Shots Studios network and will be managed by the company’s co-founder and CEO, John Shahidi. Shots, of course, is the talent management and digital production studio that represents some of the social sphere’s biggest stars, including Lele Pons (who in May debuted a hit Shots-produced docuseries for YouTube Premium and just unveiled a Spotify-exclusive podcast dubbed Best Kept Secrets), Anwar Jibawi, and Hannah Stocking.

Beyond his digital acumen, Shahidi is no stranger to working with and helping to reform stars facing personal and professional turmoil — making him something of a perfect fit for Paul. Previously, Shahidi has worked with pop icon Justin Bieber, who has had numerous run-ins with the law, as well as boxing icon Floyd Mayweather, who faced numerous domestic violence and battery convictions from 2002 to 2011. (Bieber and Mayweather were both early investors in Shots, which launched as a photo-sharing app a la Instagram or Snapchat before transitioning into a management firm and production studio).

“I can’t comment much, but I can tell you that I am excited,” Shahidi tells Tubefilter of his partnership with Paul. “I have known Jake since he moved to California from Ohio and I believe in him as a person, musician, and fighter.”

That fight, in which Paul will face off against former NBA guard Nate Robinson on the undercard of the highly-anticipated Mike Tyson vs. Roy Jones Jr. exhibition match, was recently postponed. Initially slated for Sept. 12, the event has been pushed to Nov. 28 at a crowdless gathering at the Dignity Health Park in California. Triller, which is exclusively distributing the fight, told TMZ that the event was being pushed to accommodate a larger-than-expected audience.

Paul has previously boxed in two big-ticket events, and emerged victorious on both counts. In 2018, he defeated fellow vlogger Deji Olatunji in an undercard match that clocked more concurrent viewers than Paul and Olatunji’s older brothers (Logan Paul and Olajide ‘KSI’ Olatunji) did during the main event. In January, Paul defeated British gamer AnEsonGib in the first round.

Paul, who has remained silent in the wake of the FBI raid save for the now-deleted video message, declined to comment on his new representation. The controversial vlogger, who is also repped by WME, counts 20 million subscribers and generates 60 million monthly views.

In the deleted video, Paul confirmed that the raid on his home — in which FBI agents appeared to remove several firearms from his property — had solely to do with allegations of looting at an Arizona mall in June, which occurred at the outset of the Black Lives Matters protests. Paul has denied looting, though videos emerged from the incident showing him at the mall being handed what looked like a stolen vodka bottle.

“When I become aware of someone around me who is doing malicious things, they are immediately cut out of my life,” Paul said in the deleted video, perhaps alluding to friend Armani Izadi, whose Las Vegas home was concurrently raided — and who has faced several charges in the past related to pimping and battery. “I don’t put up with bullsh-t, I don’t surround myself with bad people, and if someone does something bad, they will be removed from my life.”