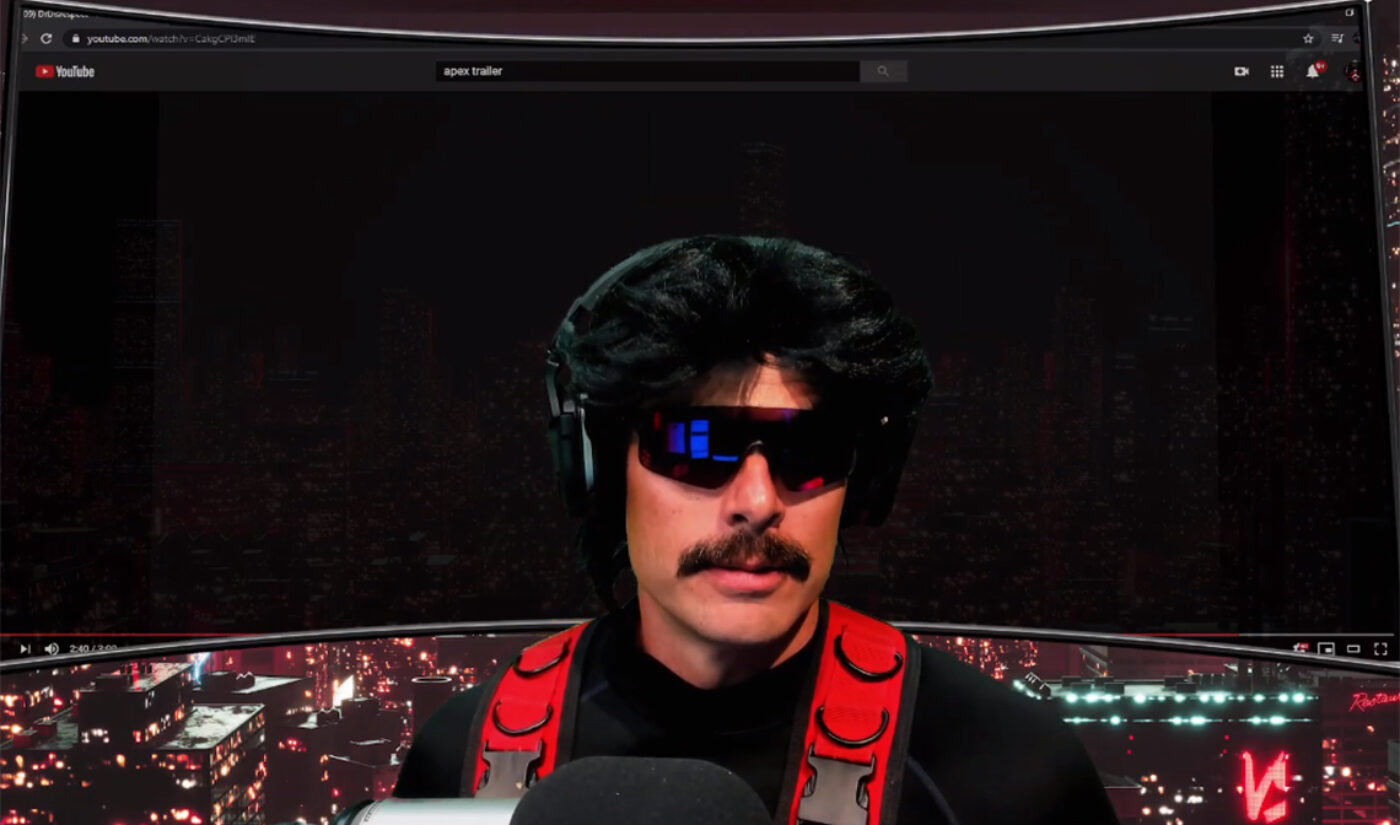 More than 500,000 people tuned in for Dr. DisRespect’s first live stream since he was banned from Twitch in late June.

Unsurprisingly, chief among viewers’ queries was why Beahm was abruptly and apparently unappealably shut out of Twitch. Prior to his ban, he was one of the platform’s most prominent partner creators, fresh off signing a reported multimillion-dollar deal to stream there exclusively for years to come. Beahm appeared to receive news of his incoming ban on camera; the final moments of his last Twitch stream show him getting a message on his phone, becoming visibly distressed, and ending the broadcast without warning. Shortly after, he released a statement saying he didn’t know why Twitch had banned him.

DrDisrespect’s return to streaming has peaked at 510,000* viewers on YouTube

Today, he said that still hasn’t changed. “In regards to the ban, there’s a lot of people that want to know what happened,” he told viewers. “Guess what? I want you to look me in my f—–g eyes when I say this: We still have no idea. We have no idea.”

He mocked people who claimed he’s lying, calling them “a bunch of phonies,” then added, “As far as I’m concerned, we didn’t do anything to warrant a ban, let alone how they went about banning us. No communication before, no reaching out, nothing. Boom. Done…I think it’s a f—–g cockroach approach. Period. Last thing I’m gonna say about it.”

Beahm went on to say that he doesn’t want to speak about it publicly because his “legal professionals” are doing “what they need to do.” He did seem to confirm that his deal with Twitch was valuable: “You’re talking about a heavy contract. Lots of money. I got a mansion with an infinity pool and geysers that come out of cement tiles every time you walk. It has LED lights. There’s big money involved.”

As for whether Beahm is streaming on YouTube because of a signed deal, that doesn’t seem likely. After Beahm linked to the channel yesterday, hinting at a return, people noticed he had activated Channel Memberships–something only creators in the YouTube Partner Program can do–and theorized that he’s YouTube Gaming’s newest exclusive streamer. But unlike at Twitch, Beahm can be a YouTube Partner without having an actual YouTube Gaming contract.

Beahm likely isn’t able to sign with a new platform until his Twitch deal has been untangled, but just in case, Tubefilter has reached out to YouTube to ask if Beahm has a contract with it. We’ll update this story with any new information.