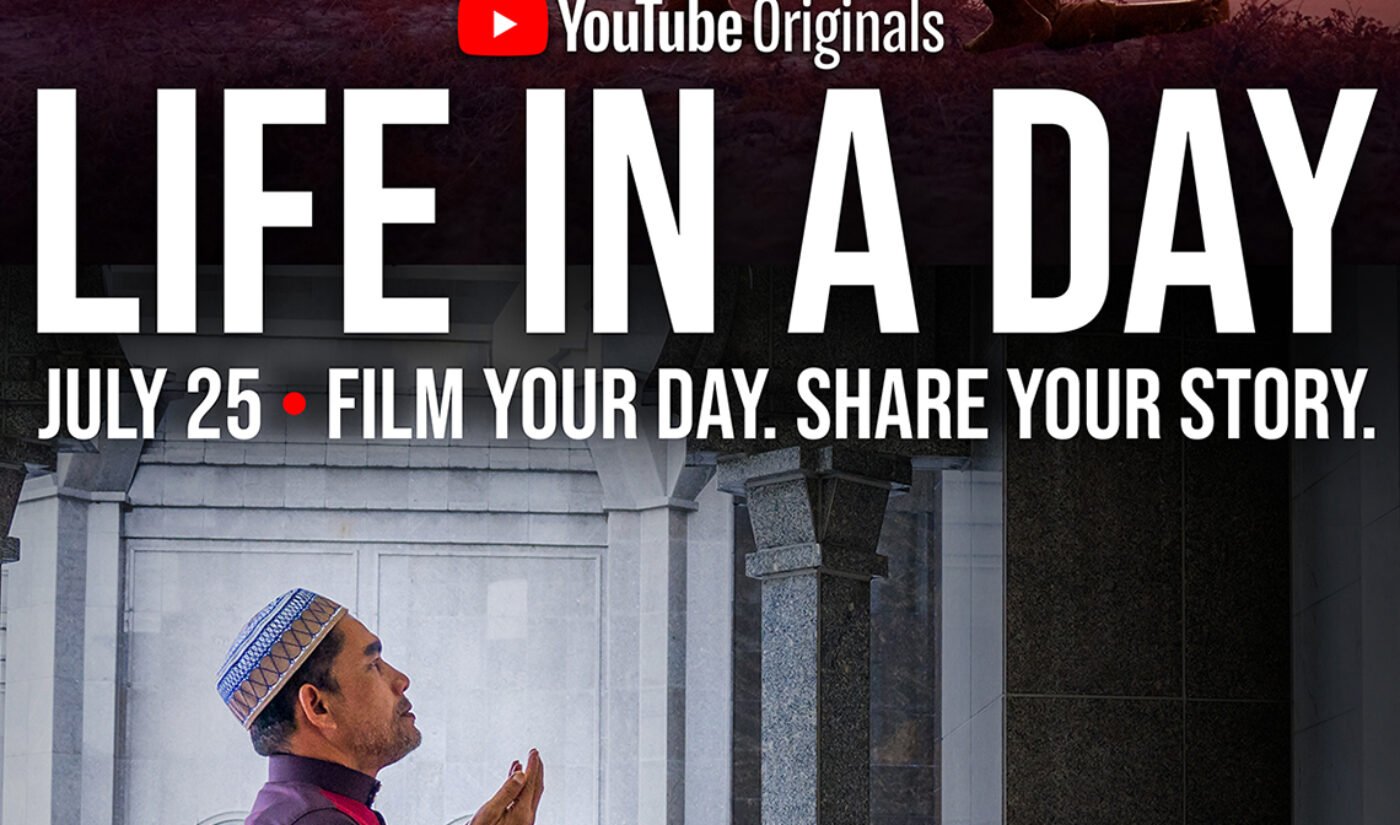 Submissions are officially closed for YouTube’s Life in a Day 2020, and according to the platform, it received more than 300,000 videos from people all around the world.

The upcoming documentary is a follow-up to the original Life in a Day, which premiered in 2011 as one of YouTube’s first original productions. To create both films, YouTube crowdsourced footage by asking people to record themselves and their surroundings over the course of one 24-hour period, plus answer a few thematic questions: What do you love? What do you fear? What would you like to change? And what’s in your pocket?

For the new film, YouTube asked folks to film on July 25, 2020, and submissions were open till Aug. 2. On that day, submitters sent in one entry every second, Variety reports.

The more than 300,000 submitted videos came from 191 countries and contain 65 languages. (All clips will have English subtitles in the finished documentary.) The most common languages across submissions were English, Spanish, Portuguese, Russian, and Indonesian, and countries with the most submissions were the U.S., India, Brazil, Indonesia, Turkey, the U.K., Mexico, Russia, Canada, and Japan. 78% of submissions came from outside the U.S., per Variety.

YouTube highlighted some notable submissions, saying footage has come in from COVID-19 vaccine researchers, Black Lives Matter protesters and the journalists covering them, refugees, and Tibetan monks. It also said that some participants from the first film were personally contacted for inclusion in this one.

Life in a Day 2020 will premiere on YouTube in January 2021. Between now and then, a 30-person, multilingual team will review submitted videos, and lead editors Mdhamiri Á Nkemi (Blue Story), Sam Rice-Edwards (Whitney), and Nse Asuquo (The Stuart Hall Project), along with director Kevin Macdonald (who also helmed the original docu), will select clips for the final film.