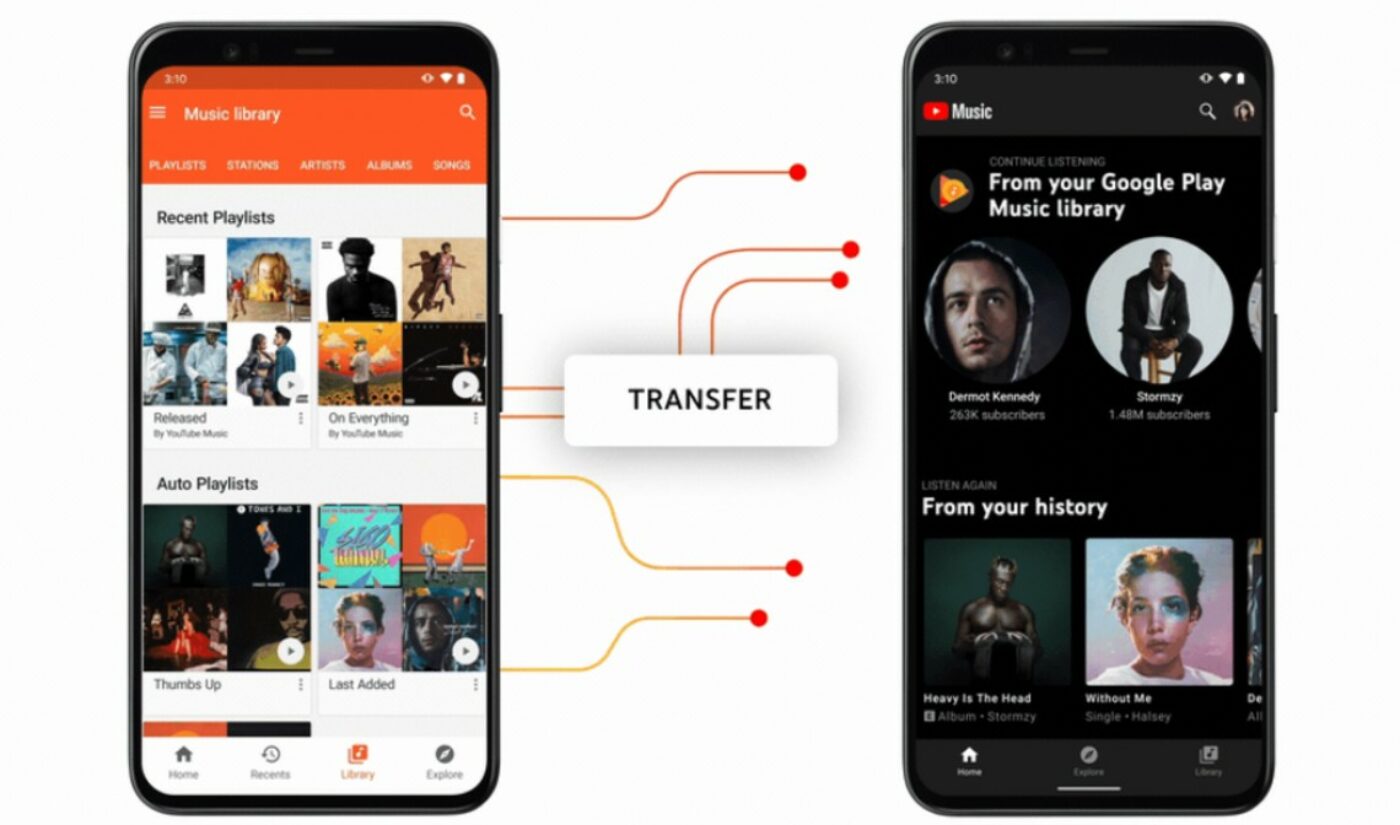 In a blog post, YouTube noted that Google Play Music users had been invited to transfer their libraries, preferences, and playlists to YouTube Music — and will continue to be able to do so through year’s end. That said, in coming months — September for New Zealand and South Africa, and October for all other markets — Google Play Music users will no longer be able to stream from the app.

YouTube added that, later this month, users will no longer be able to purchase, preorder, upload, or download music on Google Play Music. Accordingly, YouTube Music is encouraging users to transfer their content via a dedicated tool introduced in May. (Lyor Cohen, YouTube’s global head of music, has hinted as far back as July 2017 that a consolidation of Google Play Music and YouTube Music was in the works).

At the same time that it announced the shutdown timeline for Google Play Music, YouTube also laid out new features that it has integrated for YouTube Music recently, including: Assistive Playlist Creation, which adds recommended songs based on existing songs and other personalized signals; Collaborative Playlists created by groups; and new Programmed Playlist options curated by YouTube, including ‘Caribbean Pulse’ and ‘Conditions Underground’.

YouTube has also updated the player page on Android with a more modern layout, better playback controls, and easier access to related music. And it has launched an ‘Explore‘ tab — available on both mobile and desktops — to spotlight new releases and playlists.

Finally, YouTube Music — which is available as both an ad-supported service and a subscription offering beginning at $9.99 per month — now lives on Android TV and within Google Maps, and can also be accessed via Google Home and Nest smart speakers.