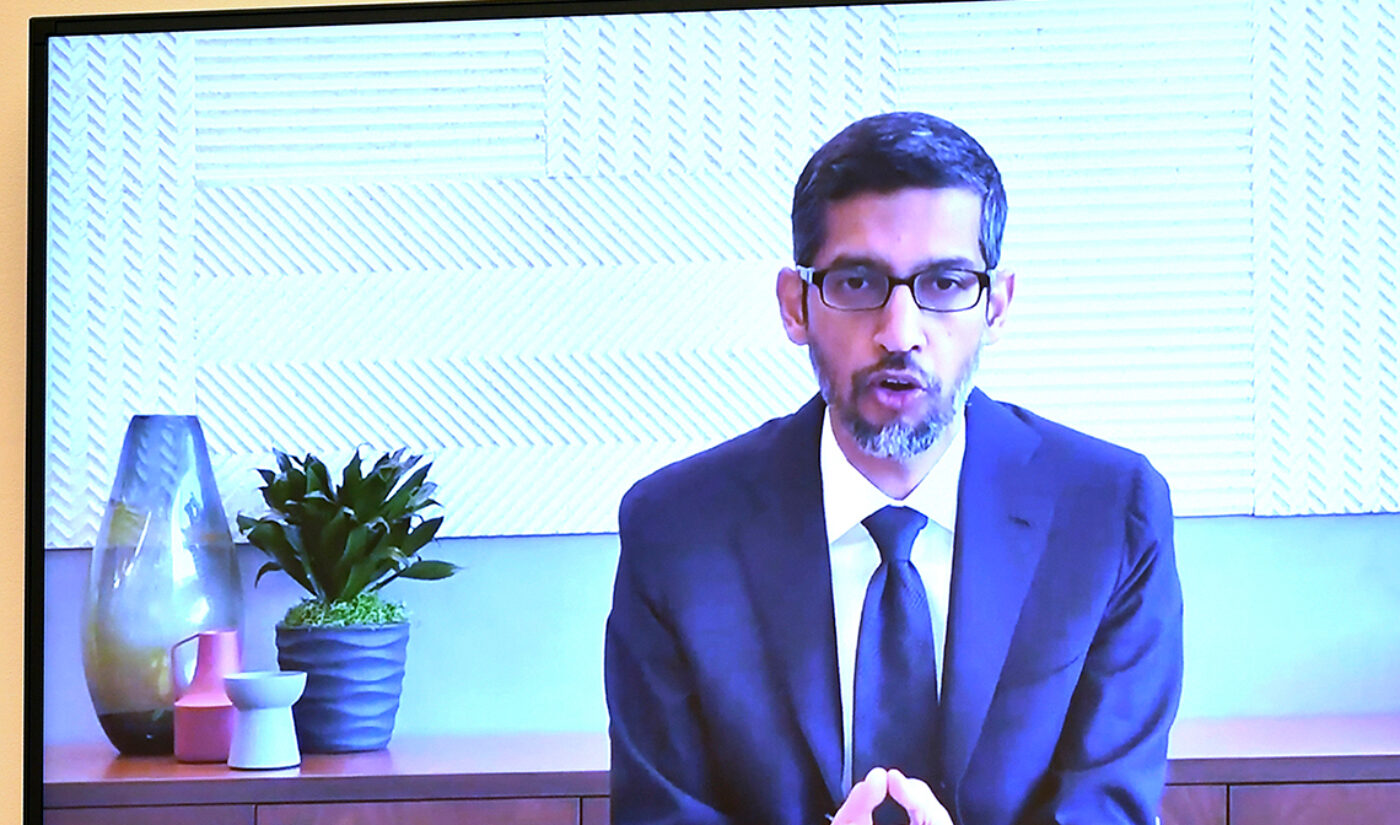 Sundar Pichai, CEO of YouTube’s parent companies Google and Alphabet, was one of four major executives to testify before Congress today as part of the government’s biggest tech antitrust probe to date.

“Our founders would not bow before a king. Nor should we bow before the emperors of the online economy,” Rep. David N. Cicilline (D-R.I.), chair of the subcommittee and leader of the probe, told those gathered. “Because these companies are so central to our modern life, their business practices and decisions have an outsized effect on our economy and our democracy. Any single action by any one of these companies can affect hundreds of millions of us in profound and lasting ways.”

Cicilline said that Google, Amazon, Apple, and Facebook all concern lawmakers because they each control a “key channel of distribution” for information and/or products, per The Verge. Things like Google’s search function, Apple’s App Store, Amazon’s entire vending platform, and Facebook’s ad market allow those companies to gather data about what people search for and purchase–thus allowing them to identify and potentially harm competitors.

The probe involved examining millions of documents, including internal missives that Cicilline said showed Google complaining that some websites it didn’t own were “getting too much traffic” through its search engine.

“Congressman, just like other businesses, we try to understand trends from, you know, data, which we can see, and we use it to improve our products for users,” Pichai responded.

(It’s worth noting that earlier this month, the Wall Street Journal published a report showing that YouTube videos are often promoted first in Google searches, even if similar videos on other platforms have more views.)

But while most of the hearing revolved around whether these companies use the data they collect to affect other businesses, the subcommittee also brought up one of YouTube’s biggest sore spots: child privacy and safety. Last year, YouTube faced a $170 million Federal Trade Commission settlement for collecting browsing data–which is then used to target ads–from kids under the age of 13. The settlement also saw YouTube make a number of operational changes to its platform, including turning off targeted ads on all videos that might be “child-attractive.”

Rep. Mary Gay Scanlon (D-Pa.) asked Pichai if YouTube still collects data from children, and if it allows advertisers to target children with marketing, per ABC.

Pichai said Google is “investing rigorously” in child safety and data handling. “This is an area we take very seriously,” he responded. “I am a parent, too.”

“I’m more concerned that you’re investing rigorously in luring in advertisers like toymakers Mattel and Hasbro by telling them that YouTube is the No. 1 website regularly visited by kids,” Scanlon responded. “That sounds like you are targeting the kids, targeting advertisers to bring them on board.”

Pichai said he wasn’t sure which reports she was referencing. Since its FTC settlement, YouTube has increasingly urged young users toward YouTube Kids–a separate, made-for-children platform with no targeted advertising and no user data collection.

You can read Pichai’s opening remarks to the subcommittee here.