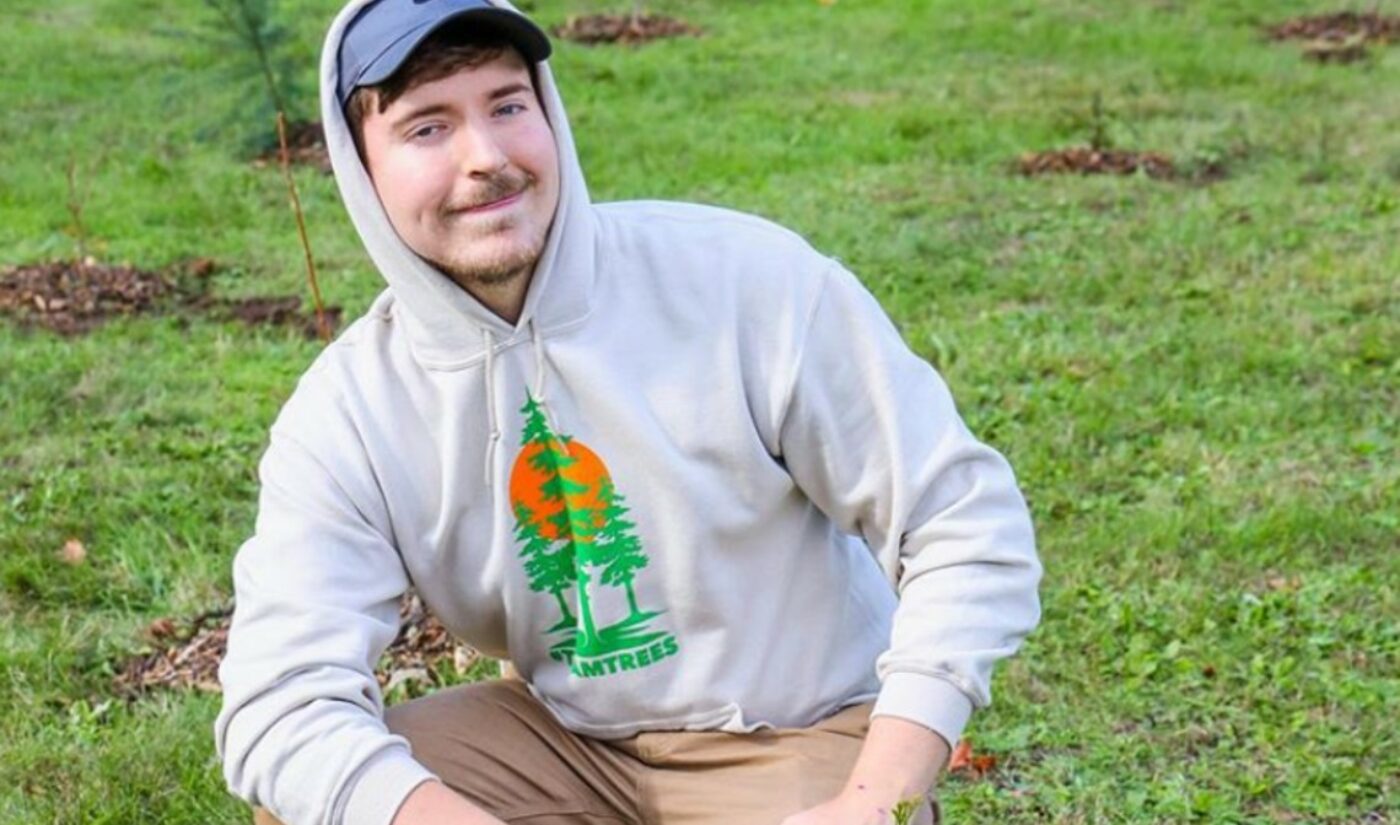 In a recent video as part of Anthony Padilla’s popular I Spent A Day With series, where Padilla sat down with a trio of the platform’s biggest stars, Donaldson revealed that he had spent a staggering $3 million to produce YouTube videos next month. “We were just looking at our books,” the 22-year-old said. “That’s gonna be my most expensive month to date…Honestly its kind of terrifying.”

As pricey as that figure may be — Padilla likened it to the budget of an independent film — it also provides something of a window into the revenues that Donaldson is likely generating to fund his highly-viewed concepts. “I can’t imagine being in your position where you’re like, ‘I just gotta make sure I make $3 million this month not to be in the red,’” Padilla said.

Donaldson has been transparent about his YouTube expenditures in the past. Last December, he said he had given away a total of $1 million in prizes to date. And in February, he said that he had already spent $100,000 on videos that would never see the light of day.

Donaldson also discussed with Padilla his rise to fame on YouTube, after launching his channel roughly a decade ago, and toiling away for five years to attain relevancy — even as people in his life told him that he was wasting time and money on a futile pursuit. In recent years, Donaldson has sought to remove distractions from his life — including his gaming computer — in order to better hone his focus on video-making. Earlier this month, he tweeted he wanted to “eventually get a terrible car and remove even more stuff” so as to avoid the trappings of a materially-focused life.

“Honestly, I just like helping people,” he told Padilla. “I want to do something crazy, man. I want to end hunger in Africa — or something so unfathomable that you’re like, ‘No, Jimmy, you’re stupid’. But I end up making a few hundred million dollars, and I invest and it grows into a few billion, and I do something so crazy with that that everyone is like, ‘wow.'”

Donaldson’s most recent video saw him adopting every dog in a dog shelter, garnering roughly 20 million views in three days. He currently counts 39 million subscribers and has been garnering 300 million monthly views.

You can check out his interview with Padilla right here: