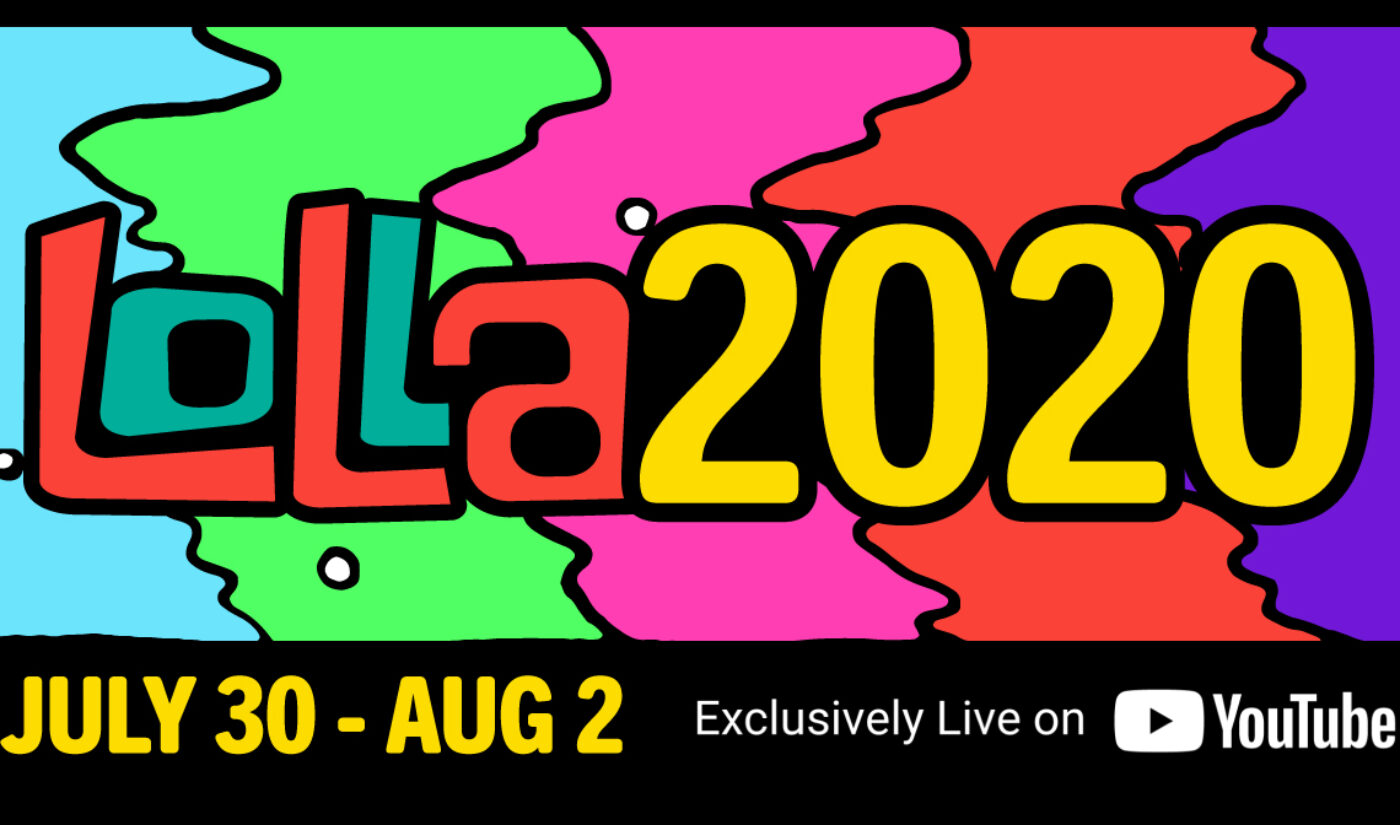 Like pretty much every other live event this year, annual music festival Lollapalooza was waylaid by COVID. And, like other events, it has rallied to replace its real-life gathering with a virtual version.

Instead of the usual weekend in Chicago’s Grant Park, where Lollapalooza has been taking place since 2005, Lolla2020 will be a four-night free broadcast exclusive to YouTube. According to Lollapalooza’s website, the stream–which begins at 6 p.m. Eastern each night–will offer more than 150 performances, some brand-new and some from older sets performed at previous festivals.

This is not the first time Lollapalooza has offered its content on YouTube; its channel, where it has 354K subscribers, has been offering streams and recorded performances since 2009:

Lolla2020’s full lineup of performances will be revealed over the next few days, but for now, it says top headliners offering new performances include Alison Wonderland, Carnage, H.E.R., Kaskade, The Neighbourhood, and Yungblud, while previous performances will come from Metallica, Paul McCartney, the Yeah Yeah Yeahs, Ellie Goulding, Lorde, Chance the Rapper, OutKast, and Arcade Fire, among others.

Lolla2020 also has another iconic name in the mix: Michelle Obama. The broadcast has partnered with three charities: the Equal Justice Initiative, the Arts for Illinois Relief Fund; and When We All Vote, a nonprofit Obama cofounded in 2018 and currently co-chairs. Obama will make an appearance during the stream to discuss her organization’s efforts to increase voter participation, and to urge viewers to cast their ballots this November.

Throughout the weekend, Lollapalooza will collect donations from viewers for all three nonprofits. It has additionally partnered with PayPal, and pledged to match up to $30,000 ($10,000 per org) in donations made via the payment service.

Other notable Lolla2020 appearances include Lollapalooza founder Perry Farrell and Chicago mayor Lori E. Lightfoot, both of whom will join rapper LL Cool J in conversations with music industry icons.

YouTube’s broadcast of the event will kick off Thursday at 6 p.m. When it’s announced, you’ll be able to see the full schedule here.