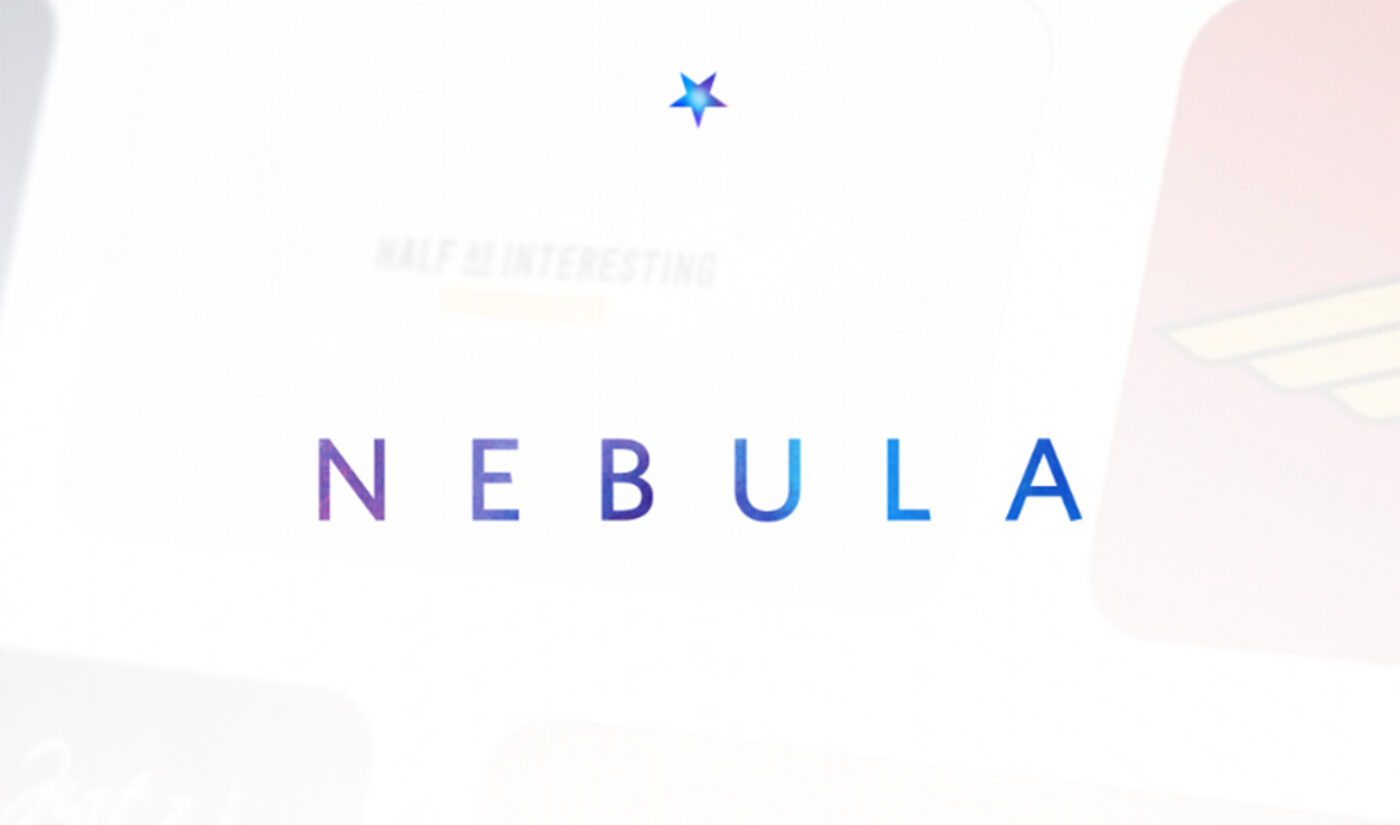 Nebula, a video platform that describes itself as a “thoughtful expansion pack for YouTube,” has hit 100,000 paying subscribers after one year of operation.

Since Nebula launched in June 2019, around 100 YouTube creators working with its parent company, Standard, have uploaded more than 5,000 videos to the service. Some are mirrored from their channels, and some are Nebula original standalones or series, made in partnership with Standard.

Producing creators’ content and arranging sponsorships from companies like CuriosityStream, Skillshare, and Audible are big parts of what Standard (a talent agency and production company based in New York) has always done for its clients, the vast majority of whom are educational and/or nerdy creators. It didn’t strictly intend for Nebula to become an equally sizeable portion of its business–but over the past year, that’s what happened.

A Nebula original by Wendover Productions, sponsored by CuriosityStream.

Standard’s general goal for Nebula is to create a place where its talent roster could upload their more exploratory content.

Nebula is for Standard creators who are leery of trying something new on their YouTube channel for fear the algorithm could punish them, or who make videos–like original documentaries which fairly use clips of copyrighted content for illustrative purposes–that draw dreaded demonetization. To that end, Standard hasn’t really advertised the service. It simply deployed creators like Lindsay Ellis (948K subscribers on YouTube), Tom Scott (2.8 million), and Jon Taylor Chapman and Joseph Pisenti (who run three channels between them, including Real Life Lore, with 3.7 million subscribers, Second Thought, with 871K, and Grand Test Auto, with 12K) to tell their followers, Hey, I’m making an original show on this new platform. Come watch it.

Using this strategy, it now has 100,000 paying subscribers. For access to its library, which grows by around 250 new videos each month, it charges $3/month, or $30/year. Fees are used to cover Nebula’s basic operating costs, and then are split, 50-50, between Standard and creators. Creators are paid proportionally, based on how much watch time their videos glean each month. (We explain that structure in more detail here.)

Nebula is heading to Roku—and getting new features

“The engineering team has had to grow up quickly,” he says. “We’re placing much more emphasis on quality assurance over rushing things out the door.” Sometime soon, Nebula viewers can expect quality of life improvements like “better playback speed controls, but also improved platform support, like Android TV, Roku, and so on,” he says.

On the creator side, Nebula wants to better display the “breadth of creators’ projects” by adding things like merch integrations that’ll display products next to their videos, Wiskus says.

An original (and slightly terrifying) documentary from Lindsay Ellis.

Another factor in Nebula’s developing future is Standard’s partnership with nonfiction streaming service CuriosityStream. The company sponsors Nebula originals and YouTube videos from “most of” Standard’s roster, per Wiskus. It also offers a bundle subscription deal–both CuriosityStream and Nebula for a steeply discounted $14.79 per year–for folks who follow those creators.

“Nebula makes for a great selling point, so customers are more likely to sign up,” Wiskus says, adding, “We have more cool stuff planned with CuriosityStream. No signs of slowing down. In fact, we’re going to dial it up.”

You can check Nebula out here.