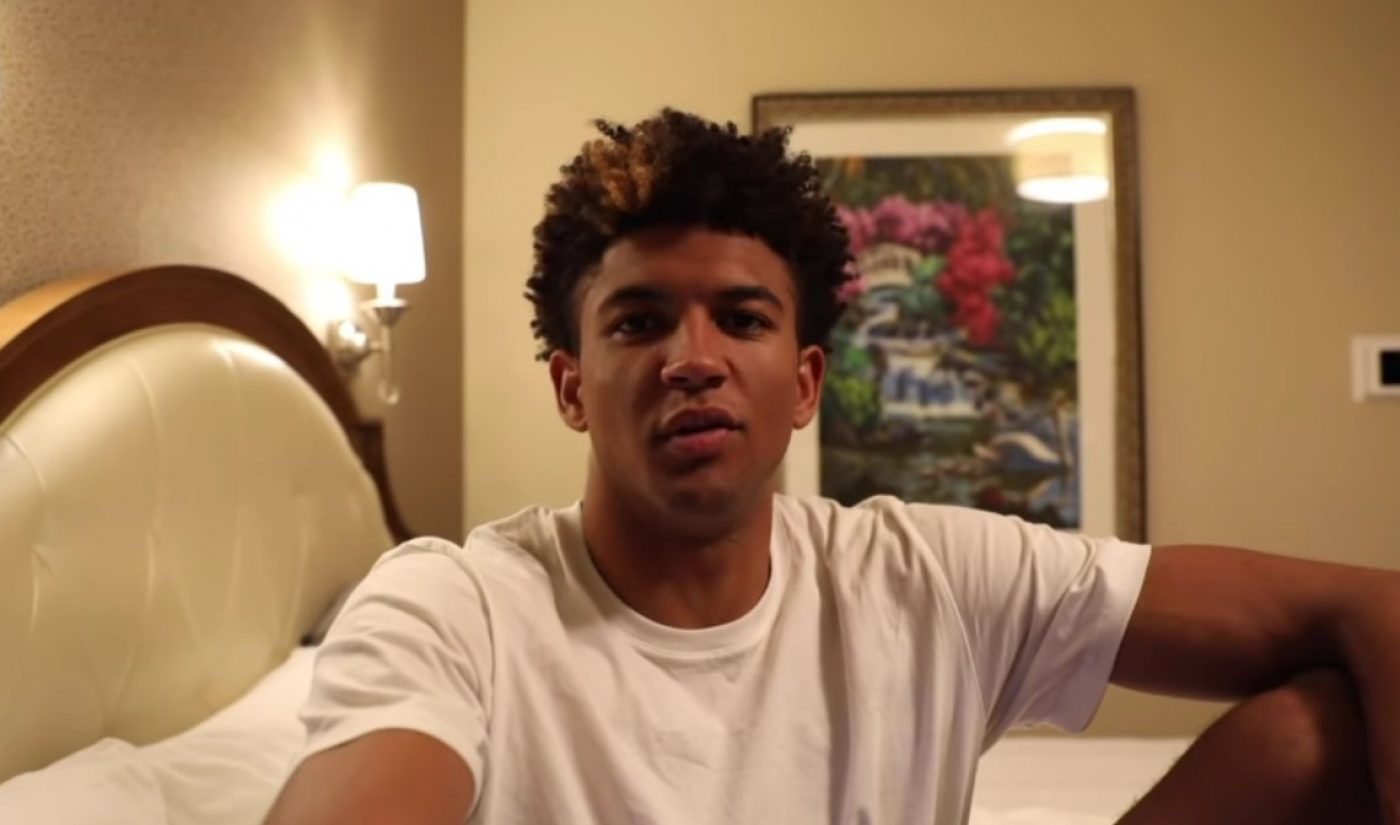 NBA rookie Matisse Thybulle, a first round draft last year for the Philadelphia 76ers, is now being recognized off the court for his YouTube acumen.

The 23-year-old is documenting his experience as a newcomer to the 76ers — as well as his experience in the so-called NBA ‘Bubble’ — on an eponymous channel that has already amassed 42,000 subscribers and 212,000 views on his debut video.

Thybulle’s YouTube series, titled Welcome To The Bubble, refers to the plan that the NBA is piloting for a return to play amid the coronavirus pandemic, which sees players sequestered at Walt Disney World Resort in Orlando, Fla. Teams arrived to Orlando by bus or chartered flight, per CBS Sports, and everyone had to remain in their hotel rooms until testing negative twice for COVID-19 — whereupon group workouts and practices could begin. Players must remain on campus and receive regular coronavirus tests throughout the course of the season.

Aside from being able to play basketball again, you just made this whole bubble thing I worth it 😂😂Let’s figure something out when I’m free!! https://t.co/p4KR0ttMZW

As he documents the unique moment in NBA history, Thybulle notes that he is personally shooting and editing the series, with additional episodes coming soon. And he clearly has a knack for the process, garnering the admiration of daily vlogging forefather Casey Neistat. The two even discussed future collaborations. (Neistat has been effusively complimentary of other athletes who have turned their eye to YouTube in the past, including Greek tennis pro Stefanos Tsitsipas).

In his debut video, Thybulle chronicles getting Chick-Fil-A for his teammates ahead of their flight — part of his rookie duties, he says — as well as the rigorous COVID testing process upon arrival in Florida, checking into the near-deserted hotel (stocked with snacks and a monogrammed pillowcase), and more.