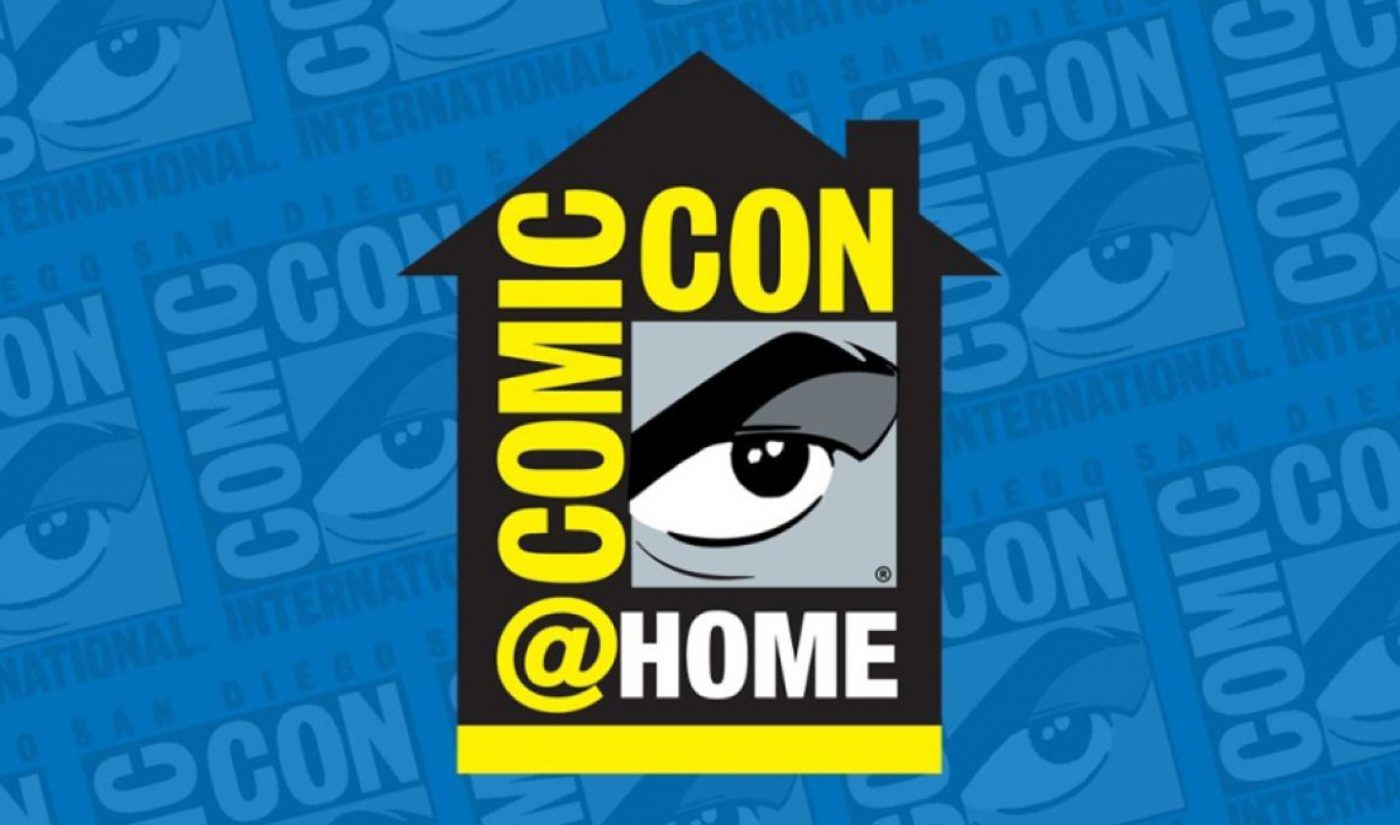 A year ago this week, I was getting ready for appearances at a gauntlet of mid-summer conferences across Southern California, a mix of business and fun fan gatherings focused on streaming media, influencers, and pop culture: OTT.X, IMCX, VidCon, and the granddaddy of them all, San Diego Comic-Con.

Then came the pandemic. Now, all four of those conferences, and countless others, are scattered to the virtual winds. Along the way, some of them are creating new means to connect with audiences, leverage novel technologies, and create different experiences that also at least partly capture what made their in-person predecessors so compelling.

The most ambitious digital reboot I’ve heard of yet belongs to VidCon, which in more normal times invades the Anaheim Convention Center and nearby hotels with tens of thousands of creators and their highly vocal fans, along with social media executives and the big-name brands hoping to connect with them all.

VidCon general manager Jim Louderback said the fundamental challenge in retooling the event virtually was reflecting that it’s always been something of a three-headed beast. It mixes, somewhat chaotically, a fan conference of shrieking tweens worthy of a Beatles movie, alongside how-to workshops for earnest young creators, all topped by a more sober business-focused executive gathering.

To reflect that split personality online, the gathering enlisted a series of tech companies to create parts of the virtual VidCon experience, including long-time sponsor YouTube as well as Twitch, Discord, Shindig, Maestro, Icebreaker, and even a proprietary tool from VidCon’s owner ViacomCBS.

More importantly, the company stretched the VidCon experience across 12 weeks of summer (events started in late June), with a dozen instances each week across five days a week through August.

The goal, Louderback said, is “to create a more compelling experience instead of just another soul-sucking Zoom call that we all have been forced to deal with.”

Those interactions range from one-minute direct conversations between a fan and creator, to keynote speeches by industry notables, including Tuesday’s talk by Snap CMO Kenny Mitchell.

The one-minute meetings are one way VidCon hopes to recreate the personal, sometimes unexpected connections that make a physical gathering so unique, Louderback said.

“It’s not, obviously, face to face; You can’t get a selfie with someone but you sort of can, and do a video selfie,” he said. “The best thing about an event, the content’s awesome, that’s why people go. But they also go for the serendipitous and the planned connections with the people that they know. And they go to meet new people, so we are trying to replicate some of that digitally.”

Icebreaker, for instance, will enable brief one-on-one conversations between attendees, somewhat like those casual conversations you might strike up waiting in line. Discord will host a string of “Ask Me Anything” sessions on Thursdays with notables, part of a much broader and lively interactive community on the evolving gamer-focused platform.

“We didn’t want to just be a megaphone,” Louderback said. “We didn’t want to be like,’I guess we’re just gonna make Zoom TV shows and push them out at people.’ We really wanted to try and as much as possible replicate the interactive experience of an event, both the connections that you can get to speakers and creators and other things in sessions, but also the casual connections that you make with people in the hallways, in the lounges.”

VidCon is grappling, perhaps better than some, with the essential problem facing virtual conferences: We like getting together in person. That’s what built a multi-billion-dollar conference industry, before the pandemic lockdown blew everything up. Replicating the serendipity that happens when people get together in groups is difficult online.

As Wired put it recently, people like the virtual Apple Worldwide Developers Conference and similar tech conferences well enough, but they also are “pretty straightforward about what’s still lacking from virtual events: They miss the hang.”

“The hang” may be missed most keenly at the world’s biggest fan gathering, San Diego Comic-Con, though even there, it’s possible to find some silver linings.

“For the first time in our 50-year history, we are happy to welcome virtually anyone from around the globe,” SDCC spokesperson David Glanzer said in a release announcing the revamped event. “Though stay-at-home conditions make this a very difficult time, we see this as an opportunity to spread some joy and strengthen our sense of community.”

Comic-Con@Home won’t be like the vast San Diego Convention Center show floor, where hundreds of exhibitors and artists hock seemingly every imaginable bit of pop culture collectible to trudging hordes of attendees, many in elaborate cosplay outfits.

Ditto for the storefront experiential marketing “activations” that crowd every corner of the nearby Gaslamp District, or the giddy lines of people filing into big panels.

But some other aspects can make a digital transition. Now, for instance, everyone will be able to attend those big Marvel reveal panels, without camping out for days outside Hall H.

And I’ve already helped make some Comic-Con content for this year. A month ahead of its actual debut, I moderated a panel  on the future of worldbuilding and immersive entertainment, featuring Paramount futurist Ted Schilowitz and Unity‘s Innovation Lab chief Isabel Rivas, among others.

The panel won’t air until the afternoon of July 23, Day 2 of Comic-Con@Home. Fortunately, we’re talking about the future, so it’s unlikely to be out of date for quite a while.

But that prerecorded panel also shows some of the limitations event organizers face, while suggesting how much room we have for innovation in future online programming. Apple’s prerecorded kickoff event for WWDC was widely applauded for its slick production values, peek behind the walls of its $5 billion headquarters, and snappy pace.

We’ll see more and more innovation the longer we have to grapple with the pandemic’s effects, which feels likely for many months to come. Even small changes for small conferences can help push forward the value of these events.

The Influencer Marketing Expo and Conference, which runs next week, is free, for instance, But if you want get all the recordings of more than 100 influencer marketing experts from that and two previous gatherings, it’ll cost $200, organizer Ismail Oyekan said.

Some 5,000 people have signed up to to hear from IMCX speakers who hail from 10 countries, Oyekan added. He’ll see if the recorded “VIP” package will generate funds to cover costs. He also did an event in May with several sponsors that generated more than $30,000.

“Going virtual has its pros and cons,” Oyekan wrote to me. “The event has more reach by going virtual…Our revenue is much higher from live events because people who participate appreciate the opportunity to connect face to face and pay a registration fee.”

At some point, eventually, we’ll all be willing to pay to go somewhere and do things safely with others. In the meantime, these virtual conferences are giving a taste of what we’re missing, if not everything we’d want. In this extraordinary pandemic summer, perhaps that’s the best we can hope for.