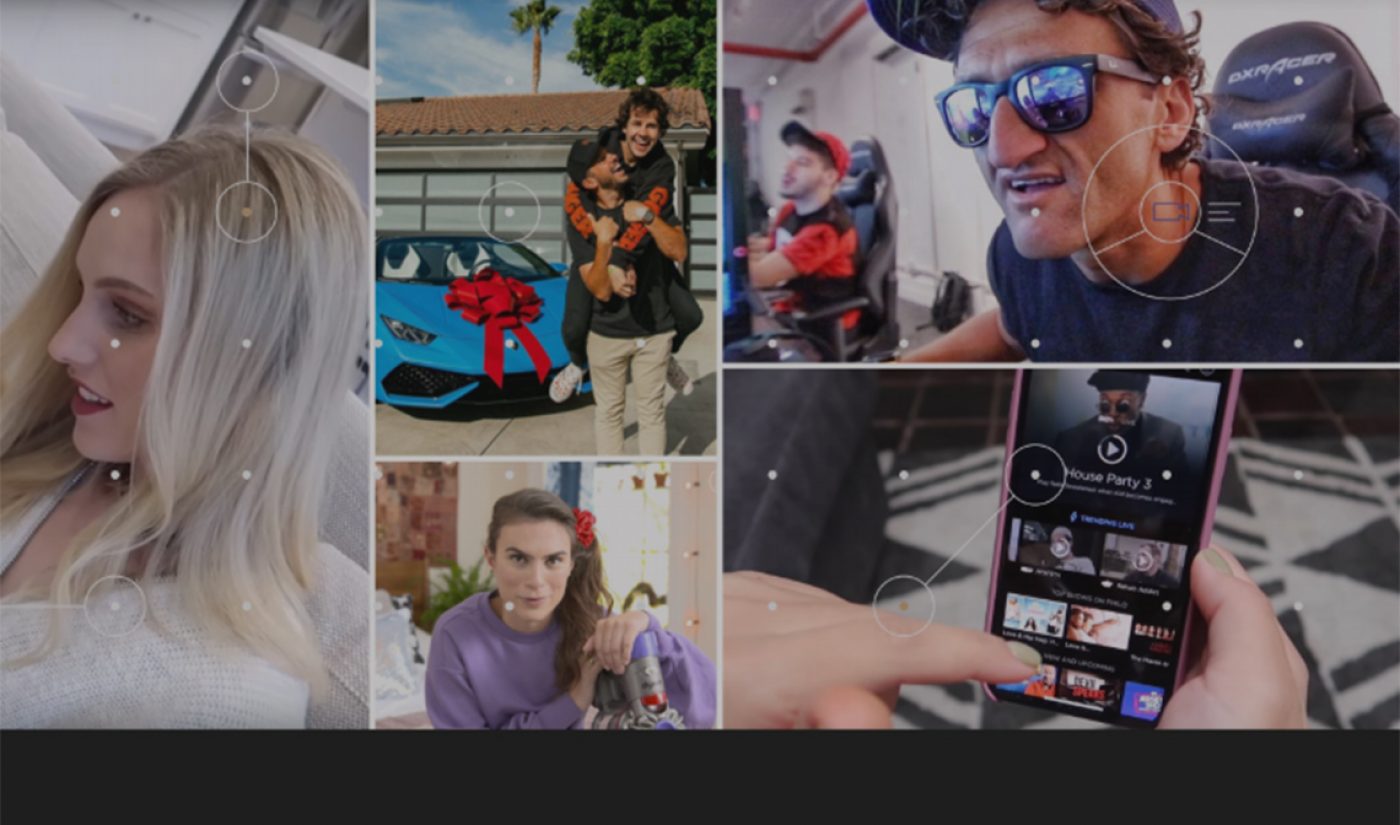 In an era where streaming services come ad-free, where most digital marketing can be screened out by ad blocking software, and where those still watching cable can DVR shows to skip through commercials, how can companies reliably reach consumers who actually care about what they have to offer?

According to our NewFronts coverage sponsor, BEN, the solution is simple: Create “unblockable” ads through things like product integrations and influencer marketing.

BEN has been behind traditional product placements like the distinctive Proximo Spirits bottles and bright-orange bags of Cheetos popping up in pop stars’ music videos. But another, rapidly expanding part of its business is influencer marketing, a type of marketing the company says actually drives more brand recognition than traditional ads. That recognition, though, can only happen if a brand partners with the right influencer, BEN says. And the best tool it’s found to figure out whether an influencer will match up with a brand is artificial intelligence. 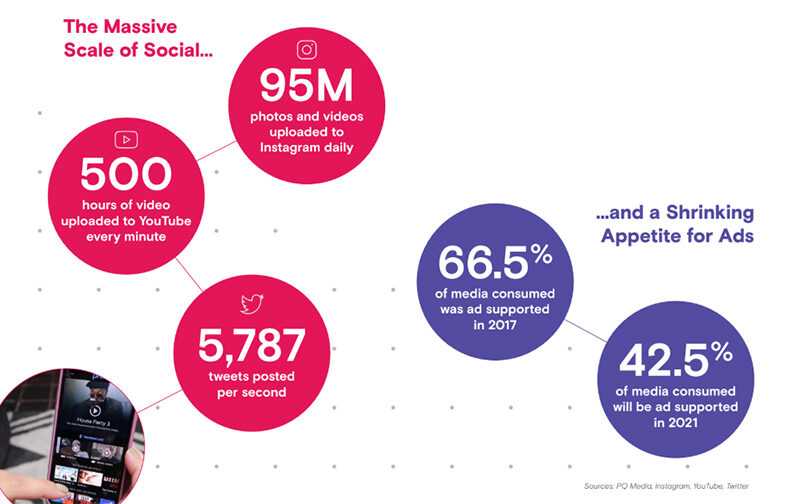 “A human can’t analyze hundreds of millions of videos produced by the hundreds of thousands of influencers out there. But AI can,” Tyler Folkman, BEN’s head of artificial intelligence, explains. “It will continue to learn to make better decisions with more data.”

BEN has the ability to create custom algorithms for each advertising campaign it runs. Those algorithms pare through influencers, searching for creators (and audiences) who would be genuinely interested in promoting specific products. Its AI also sorts influencers based on the overall health of their social channels, a process that involves weighing their number of followers against their amount of engagement, including views, likes, shares, and comments.

Using the data collected by its AI, BEN is able to match brands and influencers, and predict how many views the resulting sponsored content will generate.

The data behind BEN’s launch of Apex Legends

One of BEN’s key case studies is the 2019 launch of battle royale game Apex Legends. Set in the future world of popular video game series Titanfall and set up as a competitor for mainstays like Fortnite and Overwatch, Apex Legends was kept entirely secret during development. For its Feb. 4 surprise drop, maker Respawn eschewed traditional ad formats like banners and prerolls in favor of an influencer takeover using creators BEN had selected. The launch sweep included some of what were then streaming platform Twitch’s biggest names: Ninja, Shroud, and CouRage, as well as YouTubers like Markiplier (who has 26 million subscribers and nets around 225 million views per month), Ali-A (17 million, 80 million), and Lachlan (13 million, 125 million).

Their campaign helped boost Apex Legends to 25 million downloads in the same time period. Within a month, the game had secured 50 million players. By the fall, it was up to 70 million.

Prior to the Apex campaign’s launch, BEN’s AI predicted it would garner 60 million views. The company says that content from participating YouTubers ended up netting just 22,000 shy of BEN’s prediction–which means that, for this initiative, BEN’s prediction was 99.58% accurate.

Here’s another prediction: By 2021, just 42.5% of content will be ad-supported, BEN says. (That’s down from 66.5% in 2017.) As consumers continue to become more ad-averse and social platforms swing in and out of trends, BEN believes it’s important to work with AI not just to formulate campaigns, but also to predict how they’ll perform.

“Marketers need to understand where the content is going to resonate before it’s even created, and that’s where AI is helpful,” Aaron Frank, BEN’s SVP of insights and research, says.

Influencer marketing “moves much faster than traditional marketplaces, and the only way marketers are going to scale and keep up with these changes is AI,” Folkman adds. “AI can actually adapt in real time to all these shifts in influencers and platforms, and keep up with what’s happening.”

To see all of BEN’s findings, you can download its whitepaper here.