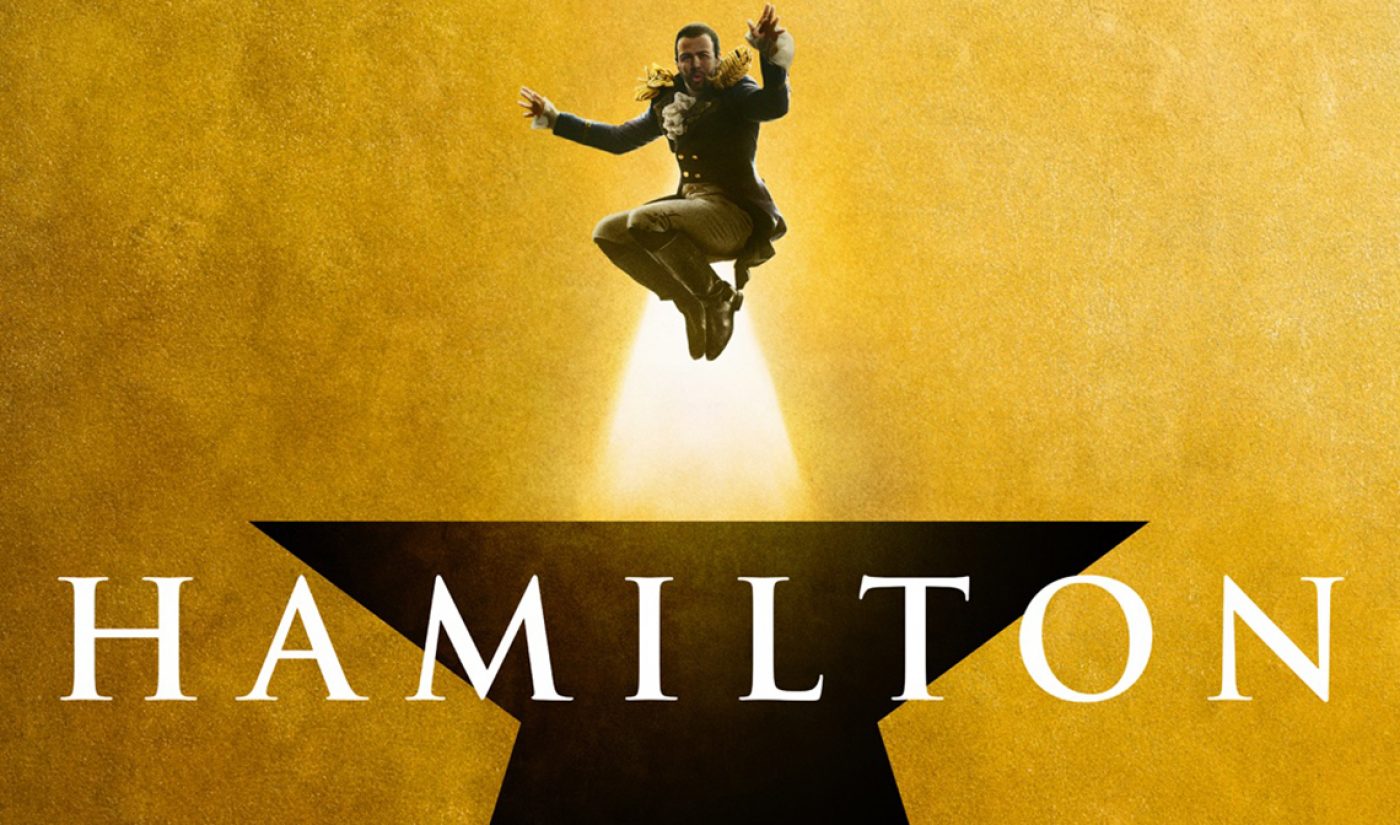 The Hamilton movie–a full recording of the stage play at Richard Rodgers Theatre in Midtown Manhattan–debuted on Disney’s streaming service Friday, July 3. From that day through Sunday, July 5, Disney+ apps were downloaded 513,232 times across the various regions where the streamer is available (except for India and Japan, where consumers access it through third-party services). That figure is 46.6% higher than the average number of global downloads for Disney+ over the last four weekends in June, Variety reports, citing data from analytics firm Apptopia.

U.S. users alone made up 266,084 of those downloads, which equals out to a regional spike of 74.2% from previous weekends.

A couple things worth noting…Apptopia’s numbers do not account for any downloads/signups outside of iOS and Android smartphone/tablet apps, so if people signed up using their computers or smart TVs, they aren’t represented. Also, while it’s likely not everyone who downloaded actually signed up for an account, those who did sign up are handing the Mouse House their $6.99 per month, since Disney+ stopped offering free trials last month.

As Variety notes, the Hamilton film experienced an inverse effect from the COVID-19 pandemic: Unlike Disney’s 2020 tentpole Mulan, which has been delayed several times due to movie theater closures, Hamilton was bumped up from its scheduled 2021 release and taken from theaters to Disney+ — chasing the still-rising tide of stuck-at-home streaming viewership.

Miranda, who wrote the music, lyrics, and script for Hamilton and also starred as titular founding father Alexander Hamilton from 2015 to 2016, live-tweeted a watchthrough of the film on the day of its Disney+ debut.

I stay on the second level for Leslie’s moments through “The world was wide enough for both Hamilton and me.” Then I move on. #hamiltonmusical

Post-Hamilton success, Miranda has worked on several projects with Disney, notably Moana (for which he songwrote and sang), Star Wars (songwriting and a cameo in The Rise of Skywalker), animated series DuckTales (in a voice role), Mary Poppins Returns (taking over Dick Van Dyke’s role in the original film), and the upcoming live-action Little Mermaid film (songwriting).