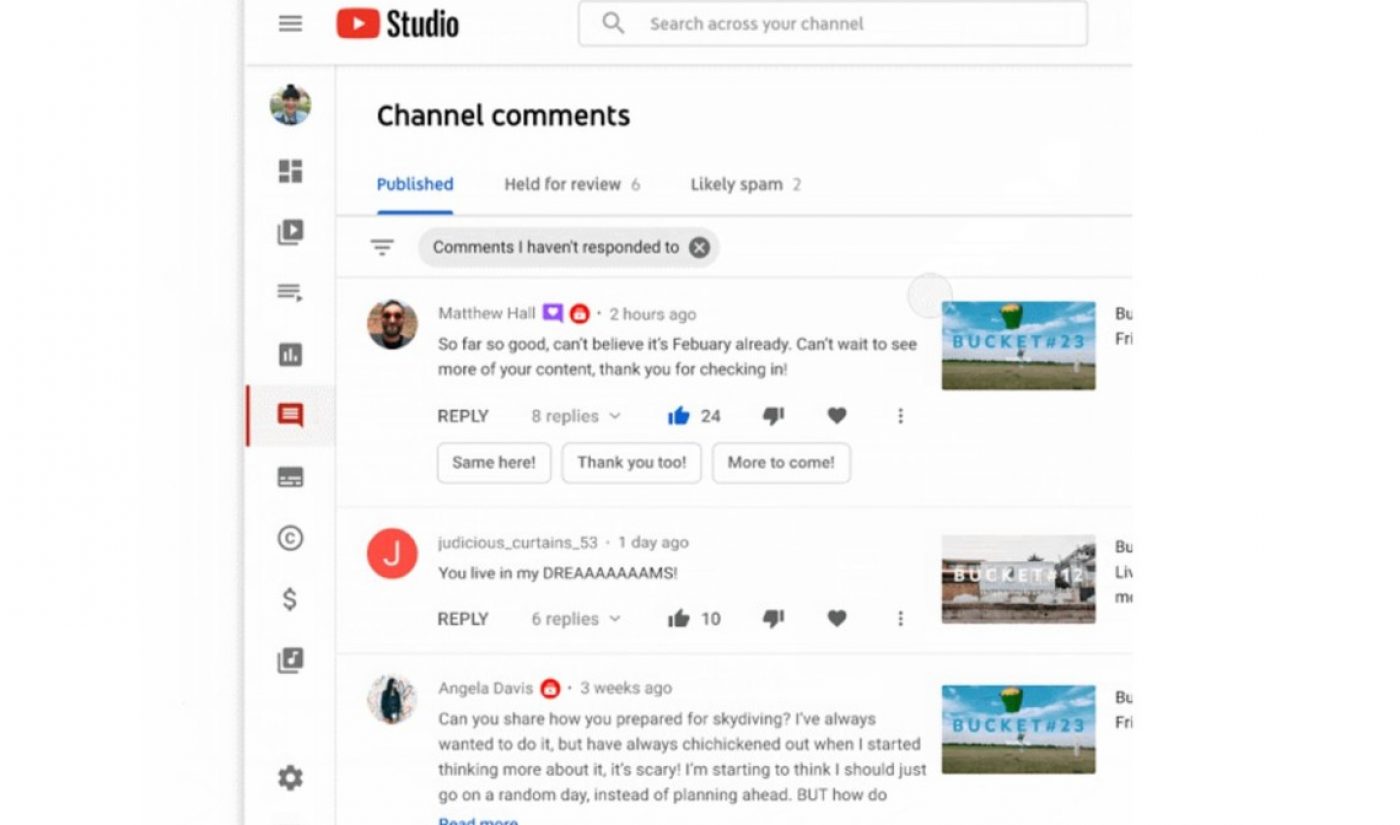 SmartReply, four-year-old technology developed by Google that harnesses artificial intelligence to auto-suggest responses to messages in Gmail, Android, and other products, is coming to YouTube.

Google research scientist Rami Al-Rfou detailed the development of the feature for YouTube on the company’s A.I.-focused blog. SmartReply will live in YouTube Studio — the interface that creators use for channel management, including monetization and analytics, as well as to interact with viewers via comments. SmartReply for YouTube is currently available to English and Spanish-speaking creators, Al-Rfou explained, adding that the company is looking to roll it out to “more languages in the future.”

In one graphic shared in Al-Rfou’s post, for instance, a creator is presented with three auto-generated options to respond to a viewer who is thanking them and looking forward to more work: ‘Same here!’, ‘Thank you too!’, and ‘More to come!’

In developing the tool for YouTube — as opposed to other mediums like email — Al-Rfou noted that emails tend to be longer and dominated by formal language. YouTube comments, on the other hand, reveal more complex language patters, slang, inconsistent usage of punctuation, and lots of emojis. You can read more about the feature’s development in his highly technically-inclined exposition.

“Our goal is to help creators, so we have to make sure that SmartReply only makes suggestions when it is very likely to be useful,” Al-Rfou says. “Ideally, suggestions would only be displayed when it is likely that the creator would reply to the comment and when the model has a high chance of providing a sensible and specific response. To accomplish this, we trained auxiliary models to identify which comments should trigger the SmartReply feature.”