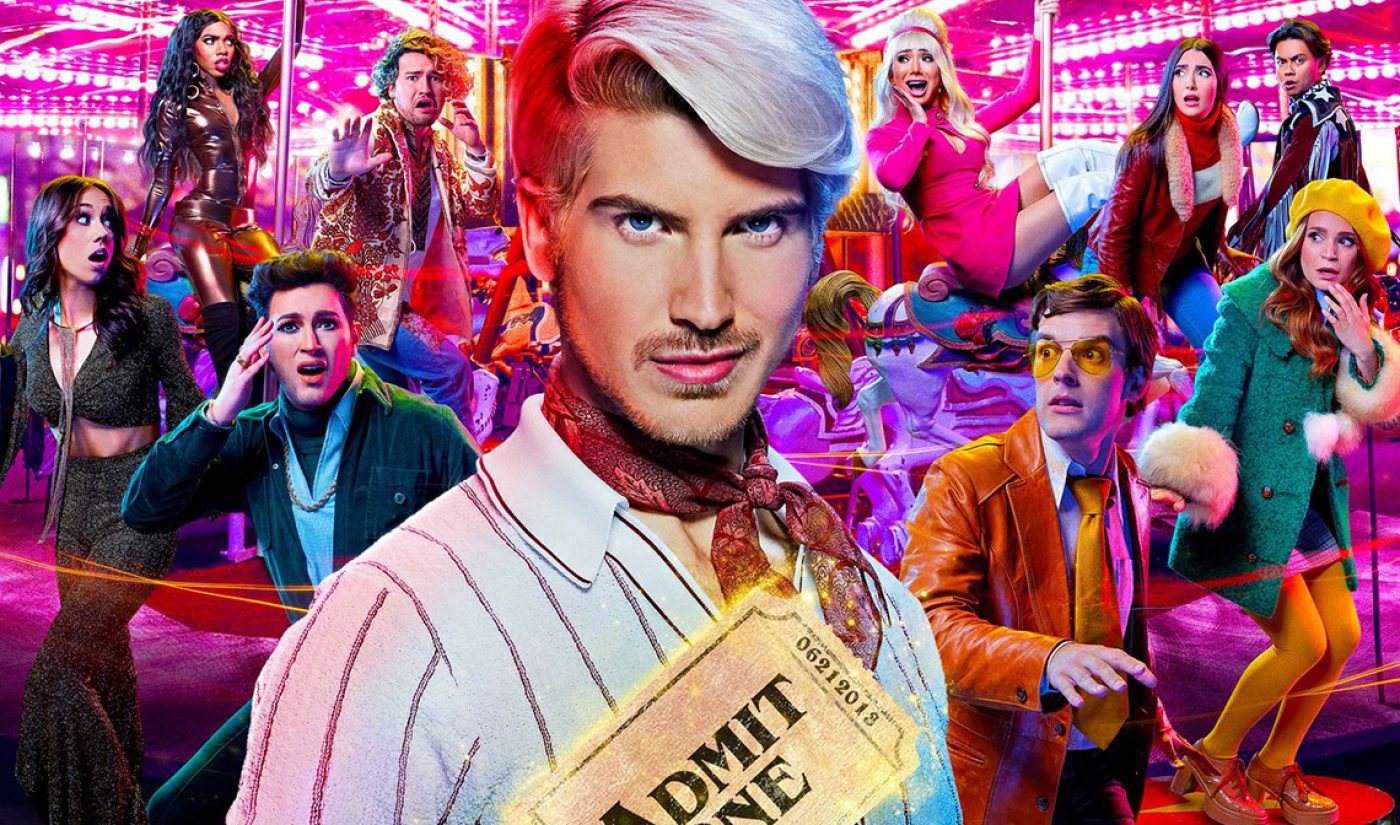 The semi-scripted mystery show created by YouTuber Joey Graceffa has not been renewed for a fifth season, a person familiar with the matter tells Tubefilter. (Its cancellation was first reported by Variety.)

There has been speculation about the series’ future for a few weeks now, as new seasons traditionally air in the summer on Graceffa’s channel, where he has 9.39 million subscribers and nets around 20 million views per month. Past seasons starred Graceffa alongside a number of prominent YouTubers, including Liza Koshy, Safiya Nygaard, and Rosanna Pansino. Viewership figures aren’t available for all the episodes, but the first installment of season one has received 24 million views to date; season two, 28.7 million; season three, 16 million, and season four, 13 million.

In a vlog uploaded yesterday, Graceffa told viewers he’d been receiving “nonstop tweets, comments, everything” from fans asking about the show’s fifth season.

Graceffa did not say that YouTube had cancelled the series. He said that filming for the next season, like virtually all other productions around the world, had been shut down by COVID-19. “I’ve been radio silent about it because there’s just been a lot of things up in the air and I didn’t really have any concrete answers,” he explained. But now it’s clear “there was no way for us to film a new season this year,” he said.

“I don’t know when there will be a season five. I’m hoping that obviously things with the world can go back to normal,” he added. Sources did not confirm whether Graceffa intends to produce more seasons of Escape the Night with another studio.

Though there isn’t a fifth season on the immediate horizon, fans won’t go without new content. “There is still something coming in the Escape the Night world this year, and it involves you guys,” Graceffa said.

He pointed folks to a page on BackerKit (a crowdfunding, survey, and data management website) that appears to be the signup hub for an interactive, potentially video game-esque version of Escape the Night. Those who enter their email receive an intro missive from Graceffa: “You are invited to take a journey back in time to 1920. To a house…a house of EVIL! It will require all your skill and strategy to make it out alive before sunrise. Choose your fellow players carefully if you want to escape the night!” They are also given access to a group Discord server.

According to the BackerKit page, nearly 33,000 people have signed up for the project.

This is not the first time Graceffa has arranged an interactive Escape the Night event. Last August, he launched a popup escape room in Los Angeles that pitted fans in a match of wits against the fourth season’s diabolical villain, The Collector.