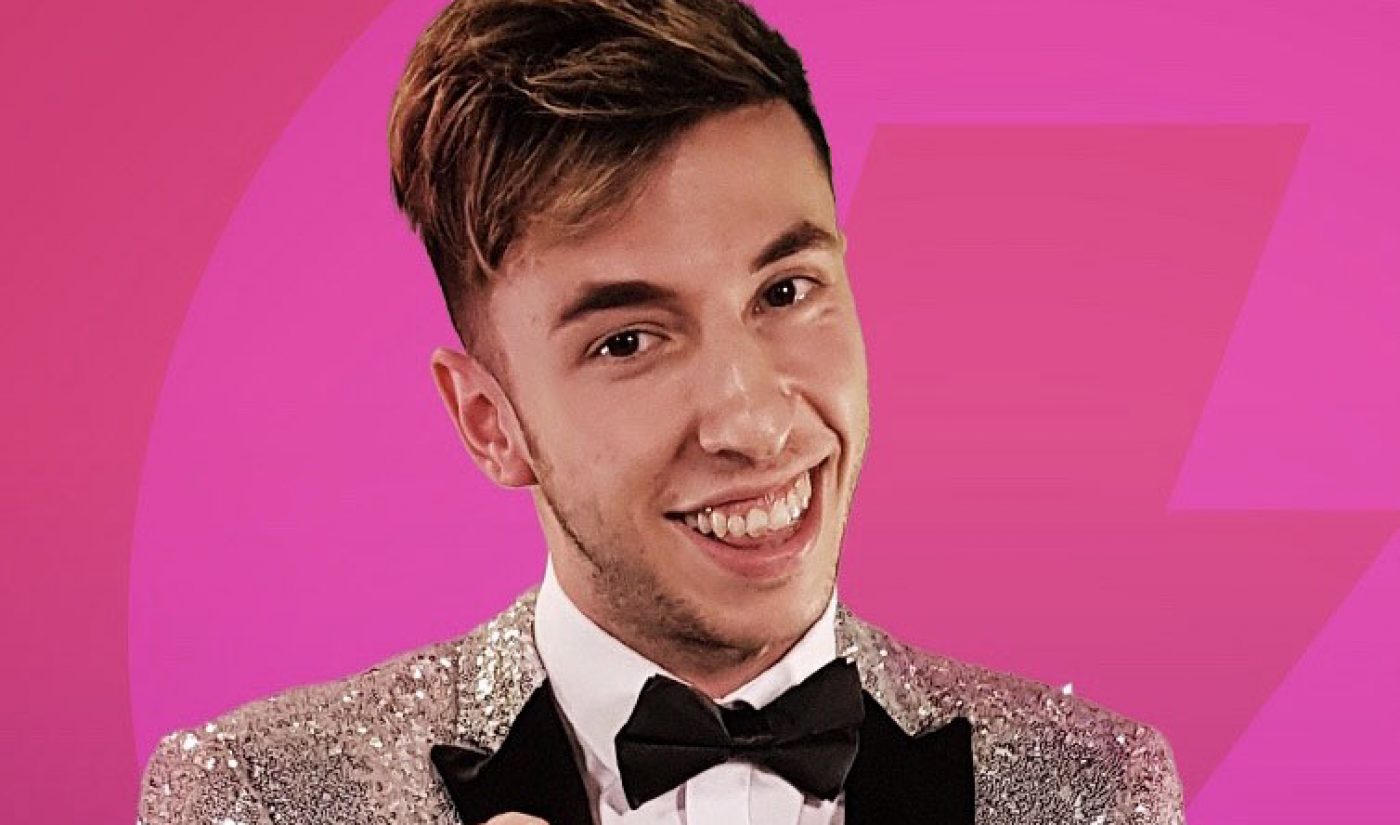 Do you have a favorite celebrity? Have they ever done an interview? Then Stevie probably knows ’em.

Okay, so he doesn’t actually know them IRL. But he knows them on TikTok, where the bulk of his comedy content involves taking celebrity interviews, chopping them up, and splicing in his own humorous commentary in a way that makes it look like he’s the one trading witty comebacks with folks like Billie Eilish, Kevin Hart, and Harry Styles.

Like a number of our other interviewees, Stevie knew what kind of content he wanted to make, and tried making it on other platforms before TikTok. YouTube was his digital home in 2013, but his first attempts at self-made celeb chats were “awful,” he admits. He put them to rest for a while, only to revisit when ByteDance bought Musical.ly–which he used as a viewer–and joined it with TikTok. For Stevie, the TikTok that emerged afterward felt like the Vine of yesteryear…so he gave his interview idea another shot.

In the two years since he uploaded his first TikTok video, Stevie has built his audience to 1.1 million followers, and his growing presence on the platform has snagged him content deals with the BBC, Atlantic Records (for a very real collab with singer-songwriter Anne-Marie), and long-running British children’s comic The Beano.

So, what’s next on the docket for this up-and-coming comedian?

We’ll let him tell you below.

Stevie Knows: The fact that over a million people have watched my content and said, “Y’know what, this guy is a bit weird but I like his stuff,” and then followed me is mind-boggling! To anyone who has ever liked, commented on, or shared one of my videos–thank you. It means more than you’ll ever know.

Stevie: I’m from a little town called Bedford (you’re probably thinking “sorry, where??”–it’s a small place but we have a McDonald’s and a Starbucks, so it’s cool). My dream for a LONG time has been to one day be doing videos full-time. But it took me four years until I earned a penny from anything. So the journey has been an eventful one. Here’s a list of some of the jobs I’ve done just to basically pay the rent: mentor/media technician in a school, sales advisor in River Island, estate agent, delivering pizza. I could tell you some very funny stories from these times…

Stevie: When I joined TikTok, it was just transitioning from Musical.ly. I didn’t really know what I was doing (story of my life) but I was crying out for a new platform to hit the app store, and when I saw TikTok, I thought, “Let’s give this a go!” I posted eight videos and then went away on a lads holiday to Zante–pure madness. When I came back, the videos had done ridiculously well, and I couldn’t believe it. Social media massively needed a new platform, and TikTok filled that need perfectly.

Stevie: My audience has been growing steadily over time. For me, I want to create original content that will entertain people for however long that video might be. Obviously some videos will do better than others, and the process can be frustrating. But I will never upload a video unless I’m happy with it. Then it’s in the hands of the TikTok algorithm gods!

Stevie: TikTok is EXACTLY how a video app should be in the sense that anyone’s video can do well if it’s good enough. For me, it has a very Vine feel to it. I didn’t get a chance to make videos on Vine, but I’m grateful I’ve had the chance to join TikTok. I think creators and viewers alike enjoy TikTok for the same reason: It’s short, slick content from a variety of different styles. I know dancing videos are very popular, but I cut worse shapes than Drake did in “Hotline Bling”–so I’ll stick to comedy!

Stevie: TikTok has opened the doors to many opportunities for me. I’ve worked with the BBC on content for the Eurovision Song Contest and Christmas sketches. Also being invited by Atlantic Records to shoot a video with the incredible Anne-Marie was really cool. However, the project I’m most proud of is my Back to School series I did for Beano. I grew up reading Beano Comics, so when I found out they wanted to work with me–I was buzzing! One of my goals is to start collaborating with other creators. My idea is to take my interview-style videos and actually have the creator as the person I’m interviewing. I think it has the potential to work really well.

Stevie: If my social media platforms were my children, TikTok would be my favourite child! I try to release a video on TikTok every day from Monday to Friday. I use the weekend to find celeb interviews and write scripts and try and stay a day ahead of uploading. The process of my videos does probably take longer than some other creators’, so the key for me is to be organised. When I’m not talking to a camera, pre-lockdown, you’d usually find me playing football with my mates down the park or dancing (terribly) in a nightclub.

Stevie: Gary Vee is someone who inspires me generally with his content. He was pushing TikTok for ages whilst other people sniggered. Now all those people are on the platform! David Dobrik is someone I also enjoy watching. I like original and creative content, and these two have that in abundance.

Tubefilter: How did you get into comedy, and how did you develop the specific interview and skit formats you use on TikTok?

Stevie: I want my content to do two things: Firstly, entertain people–and hopefully I do that! Secondly, I want it to have an underlying message that will help young people with the issues they face. I asked my mum to describe my content, and she said, “You tell the truth in a funny way!” Thanks, Mum. I’ve been doing my skit videos for a few years now, and I’m glad so many people of all ages can relate to them. However, personally I needed a new challenge and wanted to create something different alongside them. Back in 2013, I created a YouTube channel based on me having my own show. It was awful! But I knew if I reworked it, it could work. And now, seven years later, it’s a huge part of my content. I just want one of the celebs I “interview” to actually see one of the videos they feature in!

Tubefilter: Tell us about your process! How long does it take on average to make a celeb interview parody? Do you brainstorm or script? Do you do everything on your phone/TikTok, or use an outside editing program? How do you find clips for new videos?

Stevie: I get hundreds of messages every week from my audience telling me who to interview next. However, if there isn’t already a good interview with that specific celeb out there, I can’t do it! So I trawl through YouTube looking for good interviews with popular people. Once found, I begin cutting up their bits when they talk and trying to think of a funny script that would work well with their responses. I film everything on my phone in a separate app called VivaVideo, then upload everything to Premiere Pro and try to make the whole thing work. When I see people commenting stuff like, “Is this interview actually real?” I know I’ve done a good one! Making these honestly takes hours, but I love it! aha.

Stevie: I’ve been lucky enough to build a large audience online, and with that, been able to do things I genuinely used to dream about. But the goal for me now is to go to that next level. Presenting is something I’ve been passionate about since I was a teenager, so that’s something I’d love to explore. I enjoy all forms of entertainment, from TV to acting to online, and I just wanna get involved in as much as possible. And hopefully one day, these fake interviews I do with celebrities could actually be for real! Tonight with Stevie…Come on, Netflix, commission it!