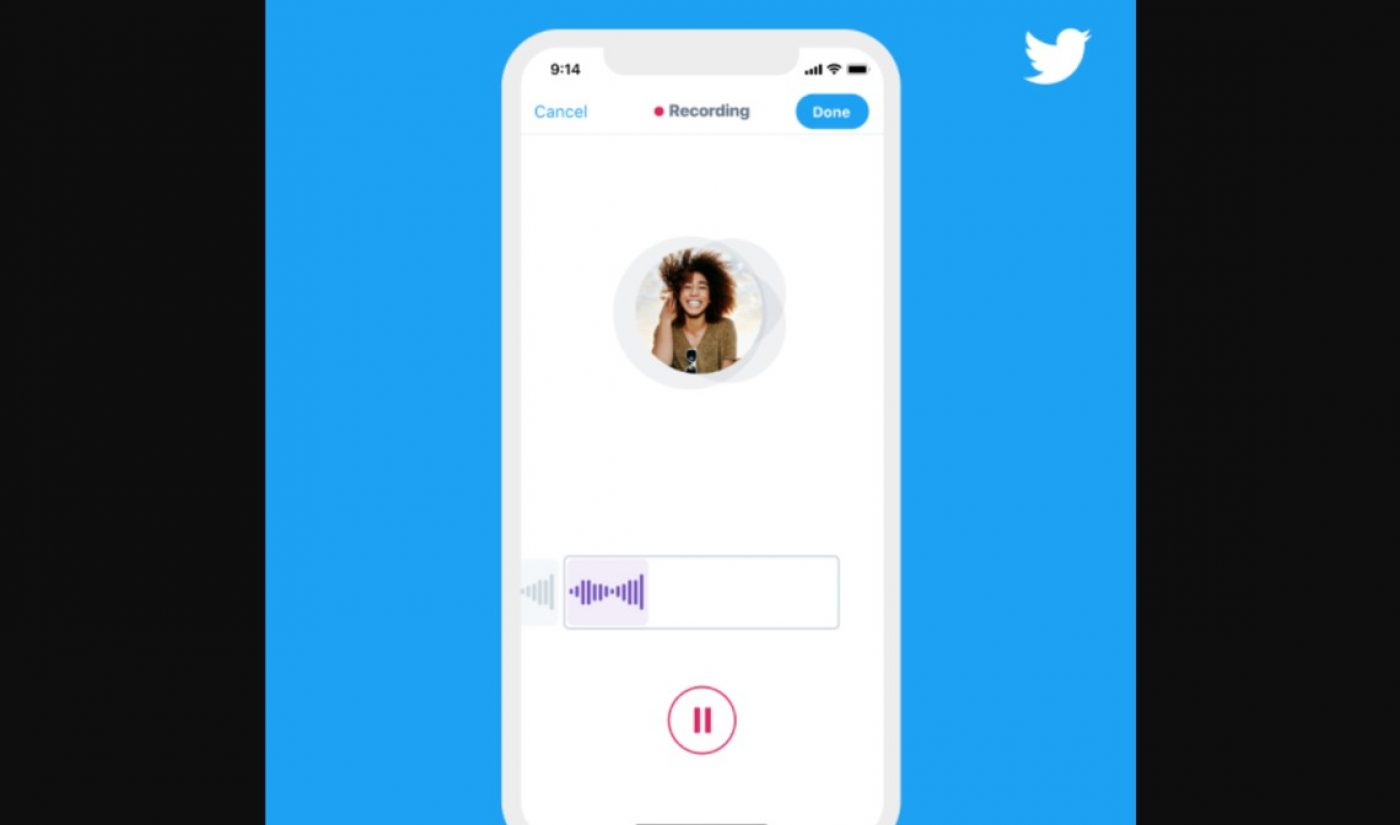 Twitter is getting vocal with a brand new feature that will enable users to share their thoughts with audio recordings.

This marks the latest media format that users can share to the platform following text, photos, videos, and GIFs. Twitter explained in a blog post that it was adding an audio component because “sometimes 280 characters aren’t enough and some conversational nuances are lost in translation.”

The process to sending a voice tweet is similar to sharing a standard one: open the composer and tap a new ‘wavelength’ icon. Users will then see their profile photos with a record button at the bottom of the screen to initiate a voice memo. Each audio tweet can be a maximum of 140 seconds — a nod to the platform’s original character limit. That said, once the time limit is reached, a new voice tweet will start automatically in order to generate a thread. Threads can contain a maximum of 25 voice tweets. Once finished recording, users can re-listen to their voice tweets before publishing.

Tweets with audio are rolling out on iOS and we only have one thing to say about it pic.twitter.com/CZvQC1fo1W

In terms of distribution, Twitter says voice tweets will appear on timelines alongside existing tweet formats. Audio playback will start in a new window docked at the bottom of the timeline so that users can continue to scroll through Twitter — or even depart the app entirely — and continue to listen. As of now, voice Tweets are only available on iOS — and to a limited group of testers. That said, Twitter says a wider rollout is slated for coming weeks.

Other things to note: For now, voice tweets can only be sent as original tweets — meaning they can’t be shared as replies, or as a retweet with comment. Additionally, each audio tweet will post with a user’s static profile photo on the player. This image doesn’t change even if users update their profile photos.

“There’s a lot that can be left unsaid or uninterpreted using text, so we hope voice tweeting will create a more human experience for listeners and storytellers alike,” Twitter said. “Whether it’s #storytime about your encounter with wild geese in your neighborhood, a journalist sharing breaking news, or a first-hand account from a protest, we hope voice tweeting gives you the ability to share your perspectives quickly and easily with your voice.”