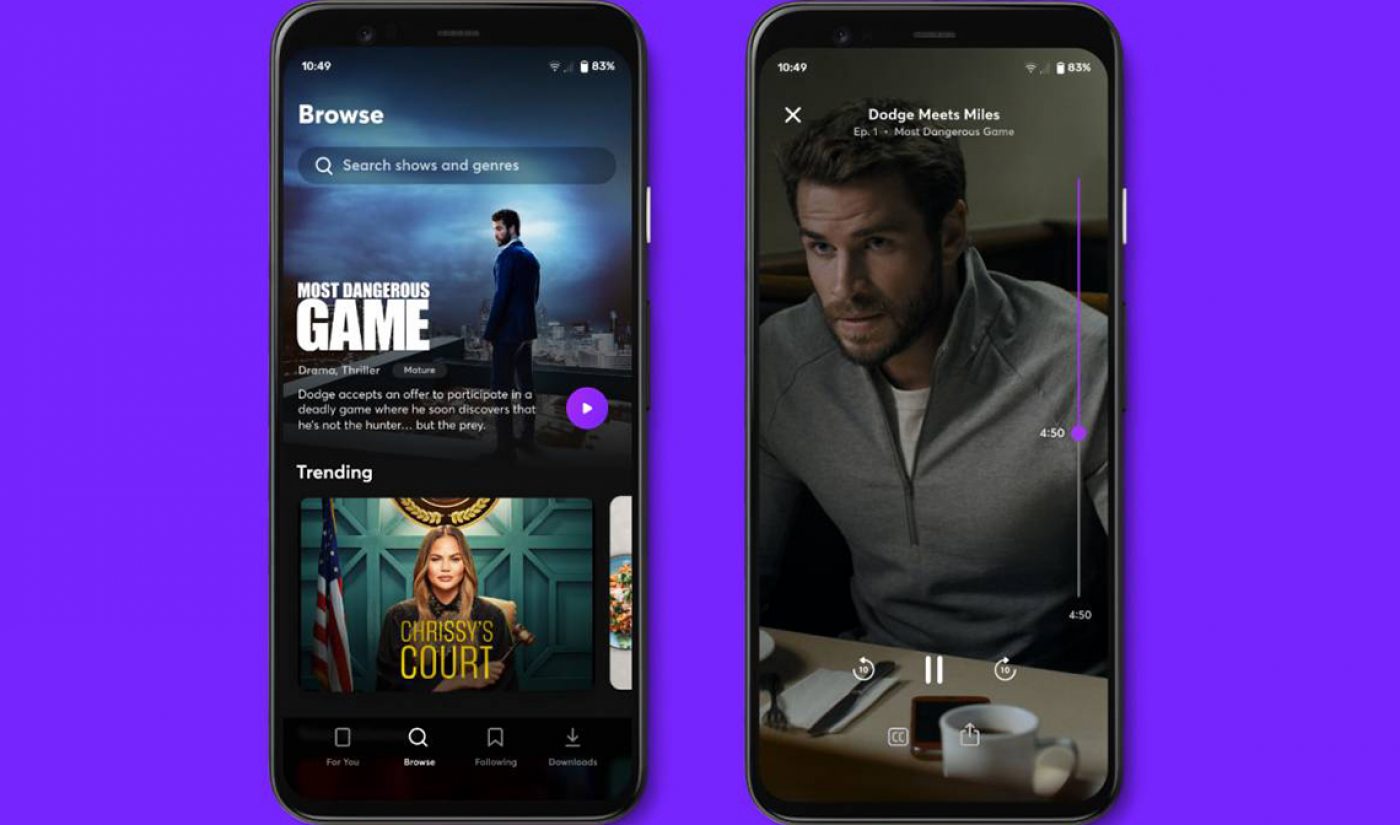 Before Quibi’s April 6 launch, the company anticipated netting more than 7 million paying subscribers in its first year of operation. But according to a new report from The Wall Street Journal, it’s on track to net fewer than 2 million in that timeframe.

The WSJ’s piece chronicles early disagreements between Quibi founder Jeffrey Katzenberg and CEO Meg Whitman, as well as ongoing stress about the company’s disappointing launch, which looks to be setting Quibi up for a dismal first year. It also offers up a picture of Quibi’s performance thus far using figures from analytics firm Sensor Tower.

Per the firm, Quibi’s daily downloads peaked at 379,000 on launch day. By the first week of June, it had dropped to fewer than 20,000 downloads per day. As of June 7, Quibi had been downloaded 3.8 million times, and around 1.5 million of those downloads converted to signups, WSJ reports. However, it’s worth noting that a number of those signups probably aren’t paying $4.99 (with ads) or $7.99 (no ads) per month; Quibi offered a 90-day free trial prelaunch, so we won’t get a true picture of its subscriber base until that trial expires in July.

A company spokesperson told WSJ that according to its internal data, the app has been downloaded 5 million times.

Part of Quibi’s subscriber problems could be the seemingly lackluster performance of its Disney+/Verizon-esque deal with T-Mobile. Struck in October 2019, the agreement gave cellphone customers who signed up for T-Mobile’s family plan a free, one-year subscription to Quibi–which means it was likely a significant blow when COVID-19 forced T-Mobile to shutter the vast majority of physical locations where people would have bought new phones and signed up for carriage plans. Quibi expected this partnership alone to generate around 500,000 subscribers, but “that didn’t go as planned,” per WSJ. It’s unclear how many subscribers T-Mobile has actually generated thus far.

So, what are underwhelming subscriber numbers doing to Quibi? For one, they (and the coronavirus that might have contributed to them) are putting the company in a position where it needs to significantly and quickly reduce costs. Earlier this month, executives took an indefinite 10% pay cut. Separately, Quibi intends to shrink its first-year content and marketing budgets by $300 million total, sources told the Journal.

The company has already been spending less than budgeted on content because of widespread production shutdowns, and less on advertising because it reduced marketing in light of George Floyd’s death and the subsequent protests, it told WSJ.

Another consequence of underperformance, though, is the discontent of advertisers. Major marketers like PepsiCo, Taco Bell, Anheuser-Busch InBev, and Walmart, who reportedly made multimillion-dollar ad commitments prelaunch, are now trying to renegotiate those commitments because of low viewership and the economic toll of coronavirus, sources told the Journal.

As all of this happens, Quibi is still burning through money. The company itself estimates that by the third quarter of this year, it’ll have spent $1 billion of the $1.75 billion it raised. It anticipates having to ask investors for at least $200 million more in the second half of next year.