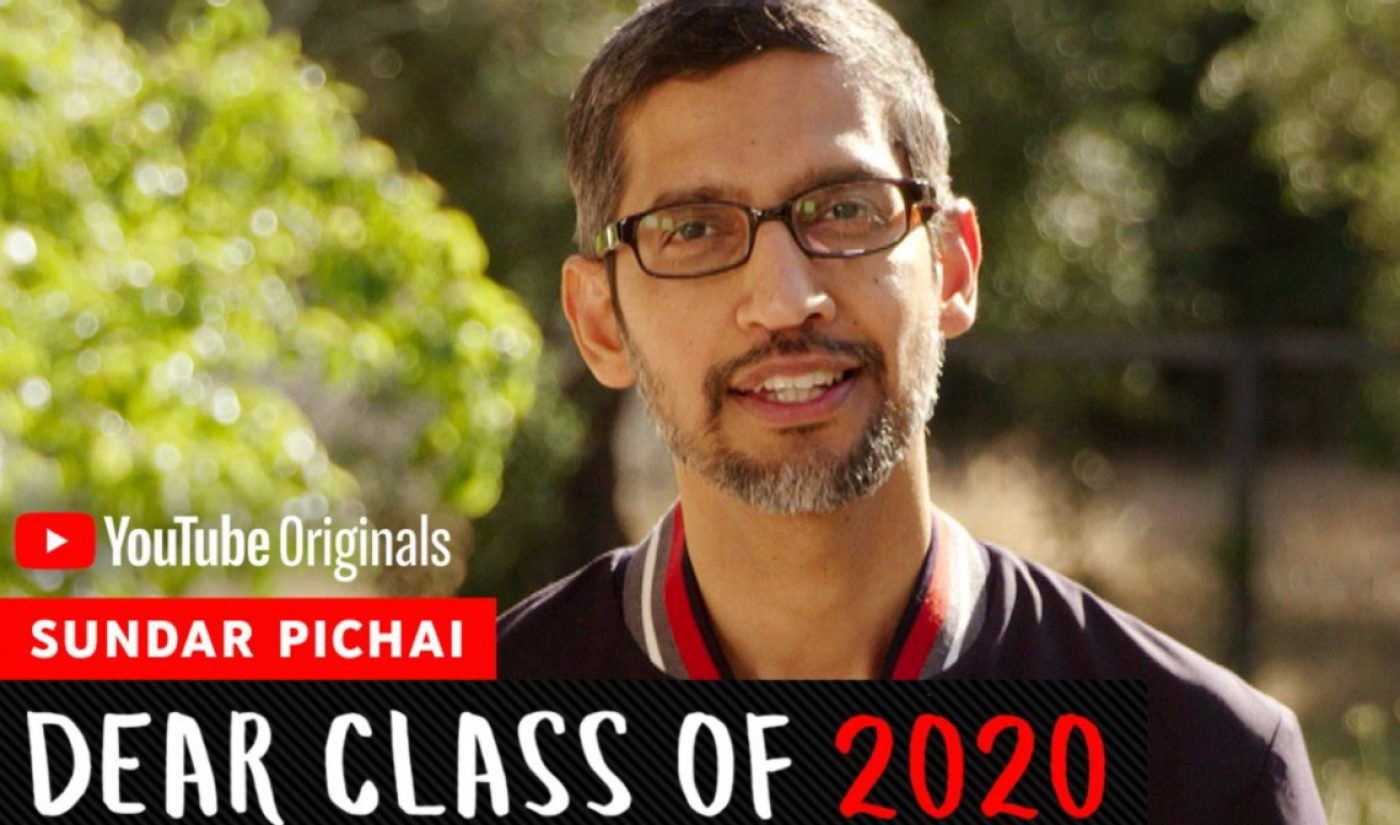 Dear Class Of 2020, a luminously star-studded YouTube special that served as a virtual graduation ceremony for homebound high school and college students in the wake of the coronavirus pandemic, shattered lofty viewership records for the video giant.

The four-hour broadcast, which aired on June 7 on a dedicated channel for YouTube Originals, has become YouTube’s most-viewed live special to date, with over 665,000 concurrent viewers at peak. Within 24 hours, the flagship broadcast had nabbed 17 million total views. On day two, it clocked 28 million views, and on day three, viewership totaled 34 million times, YouTube says.

In terms of other Dear Class Of 2020 stats: YouTube notes that the live stream stood at No. 1 on its ‘Trending’ tab in 15 countries throughout the entirety of the event. Some of the most-viewed, individually-uploaded moments included commencement speeches from K-Pop super-band BTS (7.8 million views) and Beyoncé (1 million views), as well as musical performances by Maluma (358,000 views) and the cast of Schitt’s Creek featuring Mariah Carey (1.3 million views). On Twitter, Dear Class Of 2020 was the No. 1 trending topic during the event’s broadcast, YouTube notes, and has also become the most-Tweeted-about YouTube Original to date, in terms of volume of mentions.

All told, Dear Class Of 2020 raised $2 million from corporate donors for Michelle Obama’s Reach Higher initiative — which seeks to inspire students to take their educations past high school — as well as Google’s philanthropic arm, Google.org.

You can check out a highlight reel of the event below: