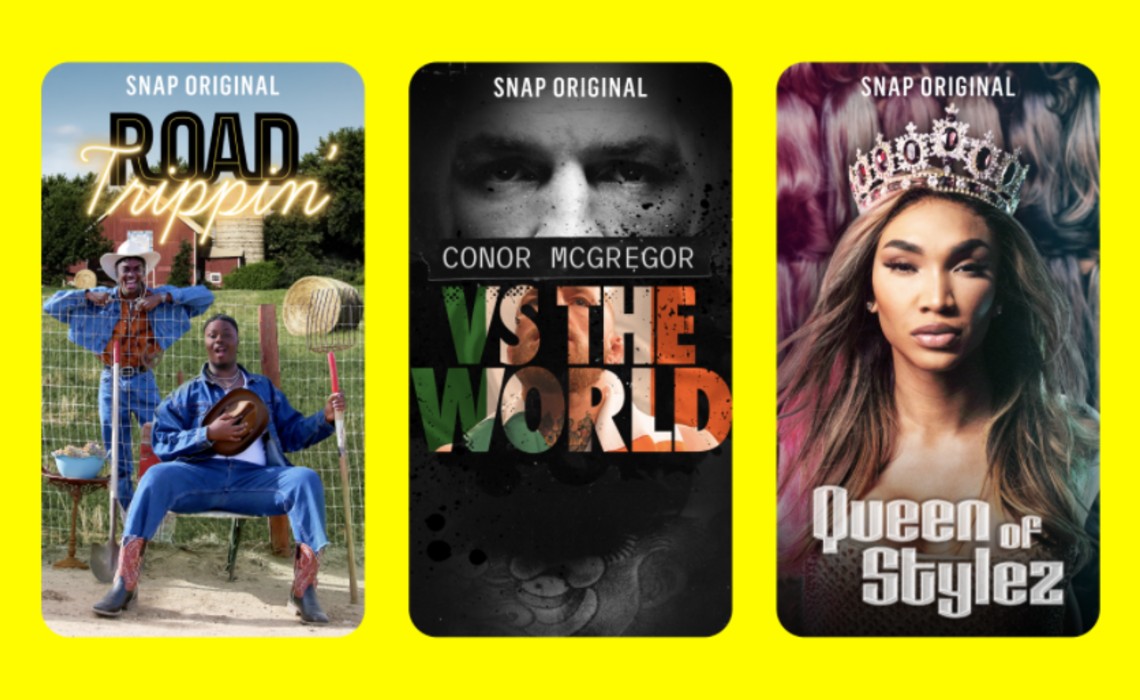 During its second annual virtual Partner Summit, which saw a slew of updates for Snap‘s developer and content partners, the platform revealed its latest original programming slate, as well as a new content format dubbed Happening Now that serves to round up breaking news.

The latter product, targeting the 125 million people who have consumed news stories on Snapchat this year, according to the company, curates breaking news updates across politics, entertainment, and sports into a single Snap. Happening Now Snaps will comprise publicly-submitted content from the community at large (as curated by an internal’ editorial team), as well as contributions from The Washington Post, Bloomberg, NBC News, ESPN, NowThis, E! News, BuzzFeed News, and The Daily Mail.

Additionally, Happening Now will feature weather and daily horoscope updates. The feature (pictured below) is available today in the U.S., and will roll out globally over the next year. 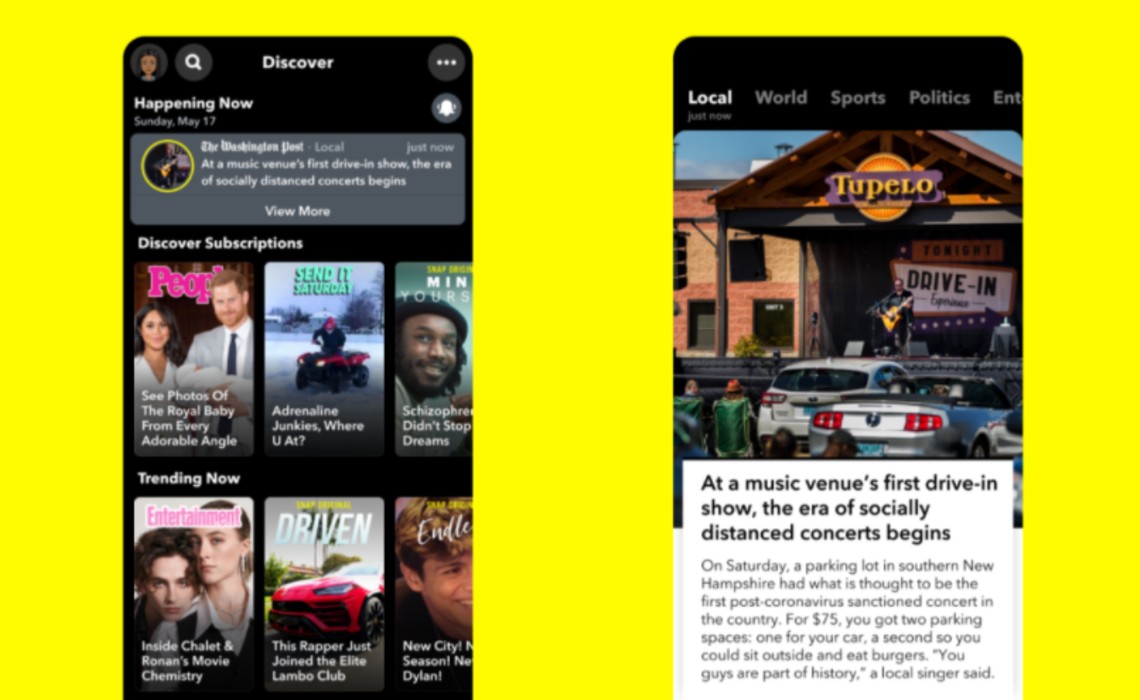 In terms of Snap Originals — the vertical, mobile-paced, and hypervisual programming that Snap says is watched by more than half of Gen Zers stateside — the company announced new pacts with entertainment luminaries like Kevin Hart, Twilight director Catherine Hardwicke, and Anthony Anderson. Rolling out later this year and through early 2021, the slate will also include, for the first time, augmented reality tech that lets viewers participate in select shows.

Other notable additions to the Snap slate include: a second season of Nikita Unfiltered, the docuseries following beauty vlogger Nikita Dragun (Snap says 22 million users watched season one); Hart’s Coach Kev, which will see the comedian sharing daily doses of positivity and wisdom; the Anderson-produced docuseries across rural America starring influencers Rickey Thompson and Denzel Dion dubbed Road Trippin’; and Hardwicke’s Frogtown, about a badass skater living in her car.

And finally, Snap revealed an impressive stat at the gathering, noting that it reached more than 229 million daily active users in the first quarter of 2020. 100 million of those were in the U.S. alone, which is larger than the U.S. daily active user footprint of TikTok or Twitter, notes Axios.

You can check out a recap video of Snap’s Partner Summit, which it streamed live on YouTube earlier today, right here: