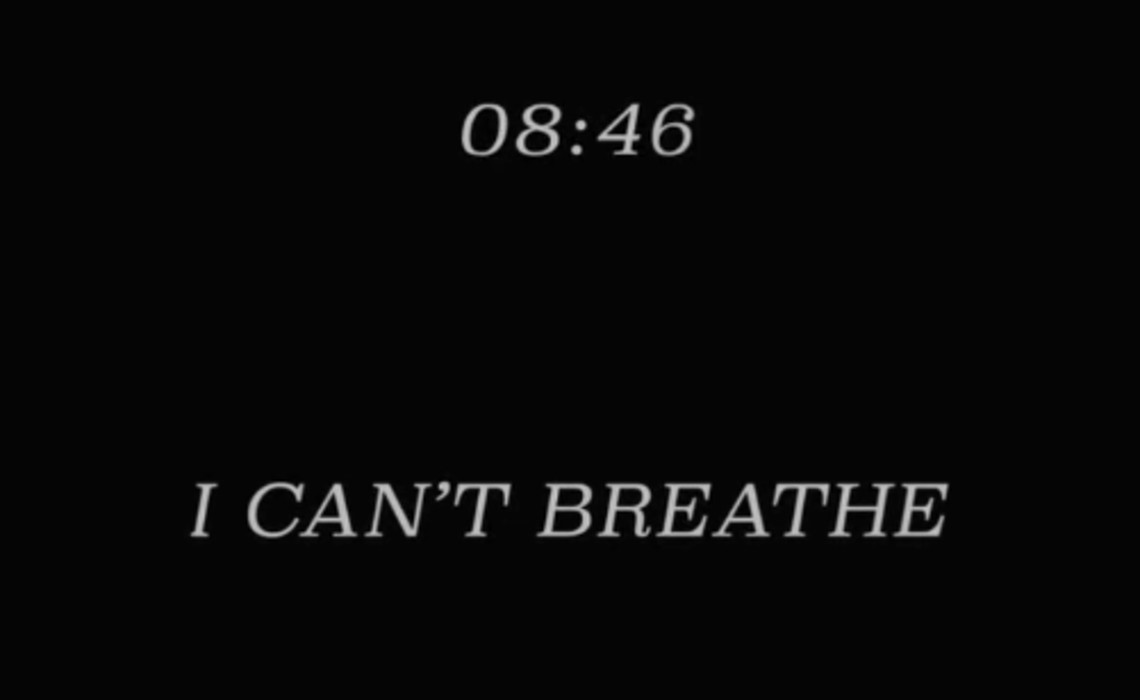 ViacomCBS is using its commercial air on properties BET, MTV, Comedy Central, VH1, and kids network Nickelodeon to commemorate George Floyd and show solidarity with protesters nationwide who are demonstrating against police brutality and institutional racism.

Yesterday, the broadcaster ran a solemn ad that was eight minutes and 46 seconds long — precisely the amount of time that former Minneapolis police officer Derek Chauvin knelt on Floyd’s neck, including roughly three minutes during which Floyd appeared unconscious. Chauvin has been charged with third-degree murder and second-degree manslaughter, while the three other officers involved in Floyd’s arrest have been fired, but not charged with any crimes.

The ViacomCBS ad consists of breathing sounds set to a black screen, as the words ‘I Can’t Breathe’ — which Floyd repeatedly screamed while in police custody — flash onscreen with each inhalation. The ad also features a call to action, instructing users to text Color Of Change — a nonprofit organization formed in the aftermath of Hurricane Katrina that provides both digital and IRL ways to fight racial injustice. The ad ran yesterday at 5 pm ET on the above networks, as well as Paramount Networks, TV Land, CMT, Logo, and CBS Sports — all of which comprise ViacomCBS’ so-called ‘Entertainment & Youth Group’.

“The E&Y brands and platforms around the world will go dark for eight minutes and 46 seconds to show our support for the Black Lives Matter movement, and the fight against police brutality and racial inequality,” Chris McCarthy, the president of Viacom’s E&Y Group, wrote in a memo to employees obtained by CNBC. “We know there is a lot of work ahead of us, and I am committed to action beyond these words with all of you.”

This isn’t the first time that ViacomCBS has paused programming for a greater social good. In 2018, MTV, BET, and VH1 went off the air for 17 minutes to honor the 17 people who were killed at the Parkland shooting at Marjory Stoneman Douglas High School.

You can check out the ad in its entirety right here:

For 8 minutes and 46 seconds, we will go dark in tribute to George Floyd. We dedicate this time to the victims of police brutality and the powerful movement fighting for justice. Join @ColorofChange. Text DEMANDS to 55156. #JusticeForGeorgeFloyd pic.twitter.com/qyQ4aUCW9G