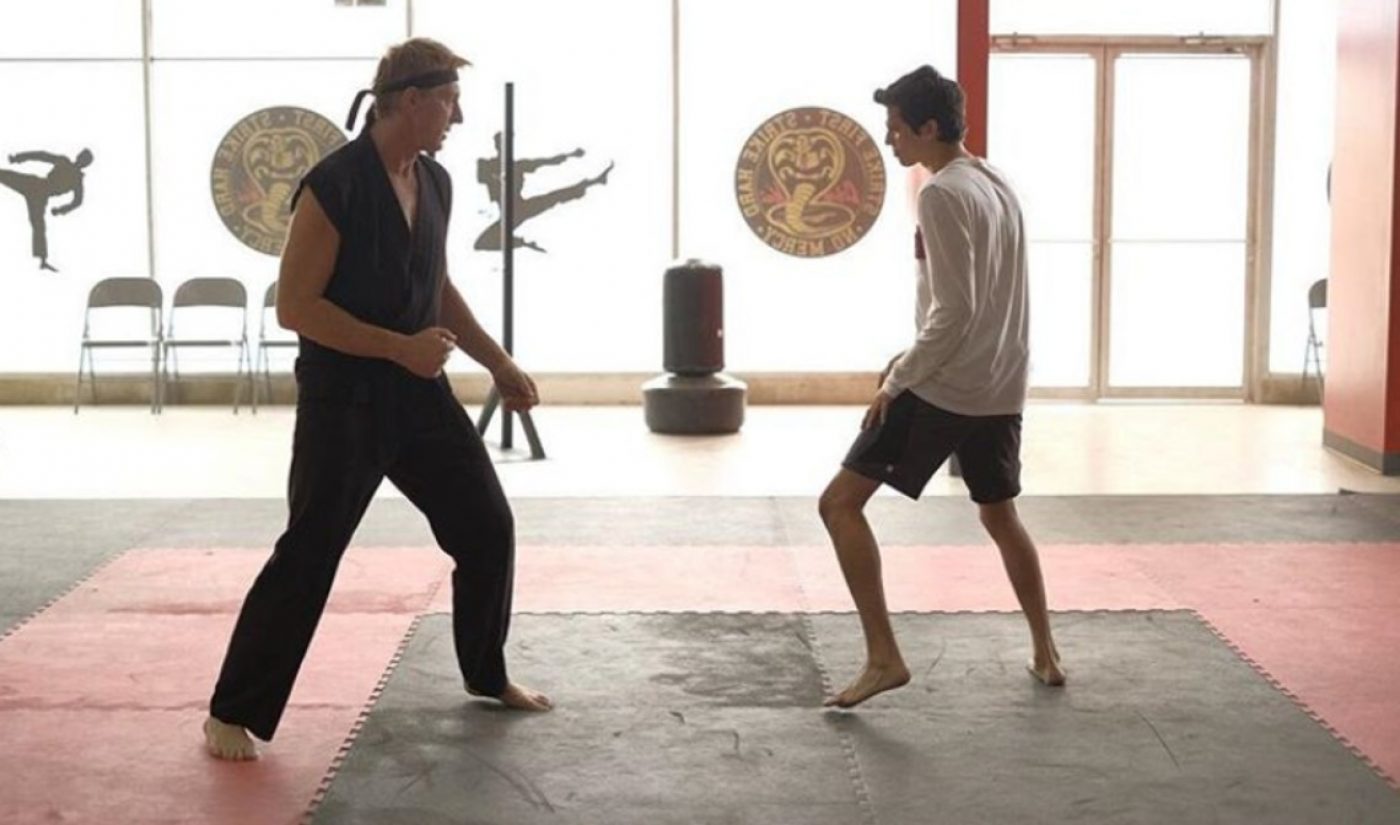 Cobra Kai, arguably the most high-profile YouTube original series to date, is reportedly moving to another platform for its third season — a definitive sign of the video giant’s retreat from the scripted programming arena.

Deadline reports that YouTube is in the process of releasing season three to producer and distributor Sony Pictures TV. Sony has reportedly been shopping the show to other platforms, and all major streamers have expressed interest in picking up the show, with Netflix and Hulu leading the list of contenders. Along with exclusive rights to Cobra Kai‘s forthcoming third season, the show’s new home would also have rights to seasons one and two, though on a non-exclusive basis.

Deadline reports that YouTube was committed to airing the completed third season of Cobra Kai, but notified Sony that it would not be commissioning a fourth. Given that Sony wanted to find a partner with a long-term vision for the series, it asked for permission to shop the show to a platform that would commit to future seasons. YouTube will not formally release the series until a deal has been reached, per Deadline. That said, the outlet reports that demand for a hit series is presumably sky-high in today’s climate, when countless productions have been shuttered for months due to the coronavirus pandemic.

The report of Cobra Kai’s move arrives amid other departures from YouTube’s scripted slate. Starz, for instance, has picked up Step Up — another early YouTube Original series based on the hit dance film franchise. (Both Starz and Step Up are owned by parent company Lionsgate). And Sony TV moved another one of its series, On Becoming a God in Central Florida, to Showtime last summer after it was axed at YouTube.

Yesterday, a YouTube spokesperson told Tubefilter that it was home to three scripted originals: Cobra Kai, native star Liza Koshy’s Liza On Demand comedy series, and Lockdown — a forthcoming social media mystery series that is part of YouTube’s latest originals slate produced and designed to be consumed during the pandemic. Asked about the status of Cobra Kai in the wake of the Deadline report, the spokesperson told us, “Those are just rumors.”

Cobra Kai, starring William Zabka and Ralph Macchio, takes place thirty years after the events in the hit Karate Kid film series, reigniting the rivalry between their characters, Johnny Lawrence and Daniel LaRusso. The first episodes of seasons one and two — the only installments that YouTube has released public viewership figures for — have collectively amassed a stunning 170 million views.