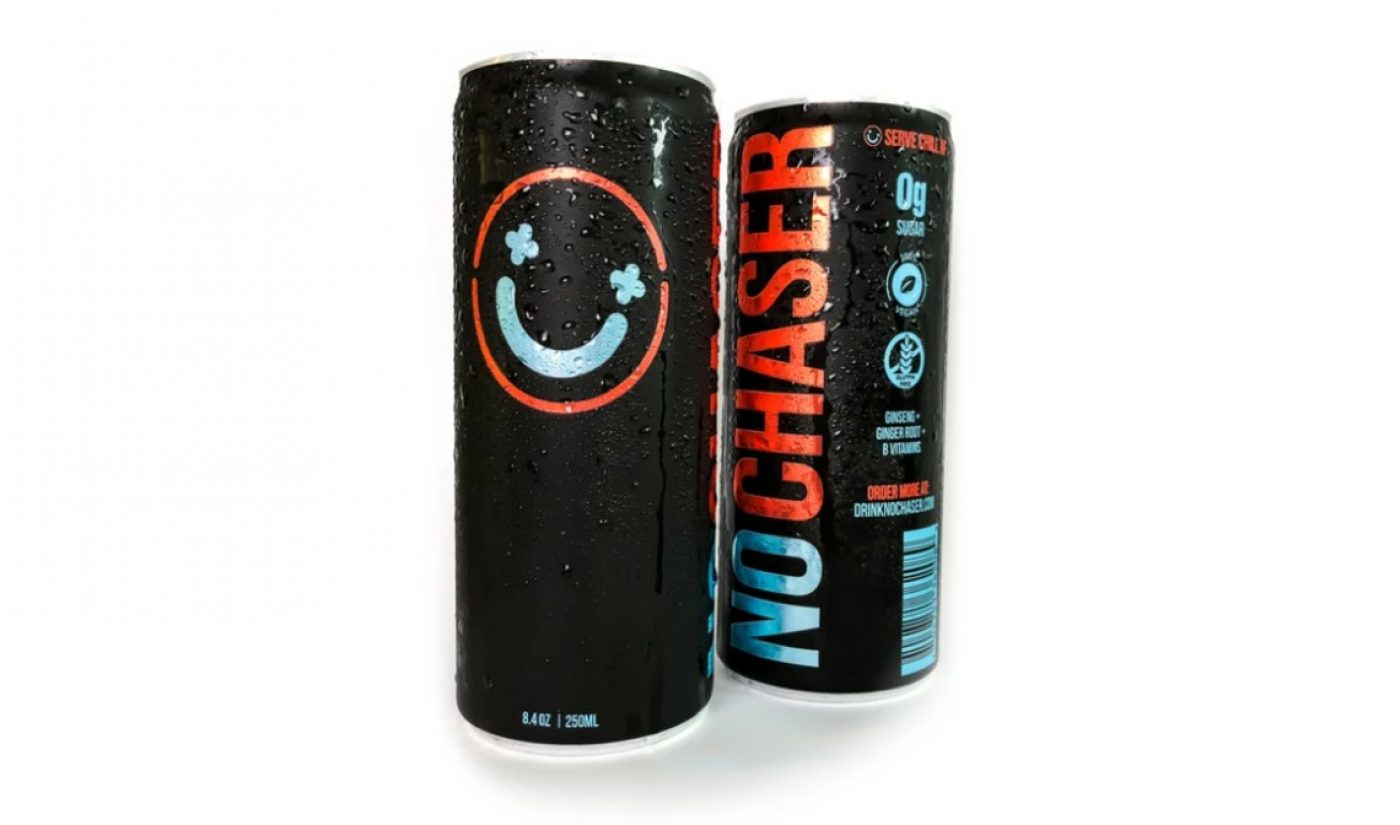 Instagram meme account network Doing Things Media has unveiled the latest consumer product launch inspired by one of its franchises.

The Atlanta-based company has unveiled a health-conscious energy drink dubbed No Chaser, which is based on its No Chaser Instagram page, which counts 7.8 million followers and showcases user-generated clips of drunken exploits and people generally living life to the fullest. The corresponding beverage — which is sugar-free and contains organic green tea caffeine, 200% B-vitamins, L-Theanine, ginseng, and ginger — is currently for sale on a dedicated website, with a 12-pack priced at $35.

The No Chaser account launched in 2016, helmed by Derek Lucas. And in 2017, Lucas teamed with the proprietor of another popular Instagram meme account, Reid Hailey‘s ShitheadSteve (5.8 million followers), to co-found Doing Things Media. Digital vet Max Benator, who is an advisor to Doing Things, served as a co-creator on the beverage.

“I’ve had to be really conscious of what I eat/drink for the last six years due to getting Lyme disease,” Hailey said in a statement. “I was on the hunt for a healthy drink that tastes great and gives you a great feeling without the bad ingredients. When I realized there really aren’t any out there, I thought, ‘Holy shit, we have a brand called No Chaser and it’s the perfect name of an energy drink that can double as a hangover recovery drink.’”