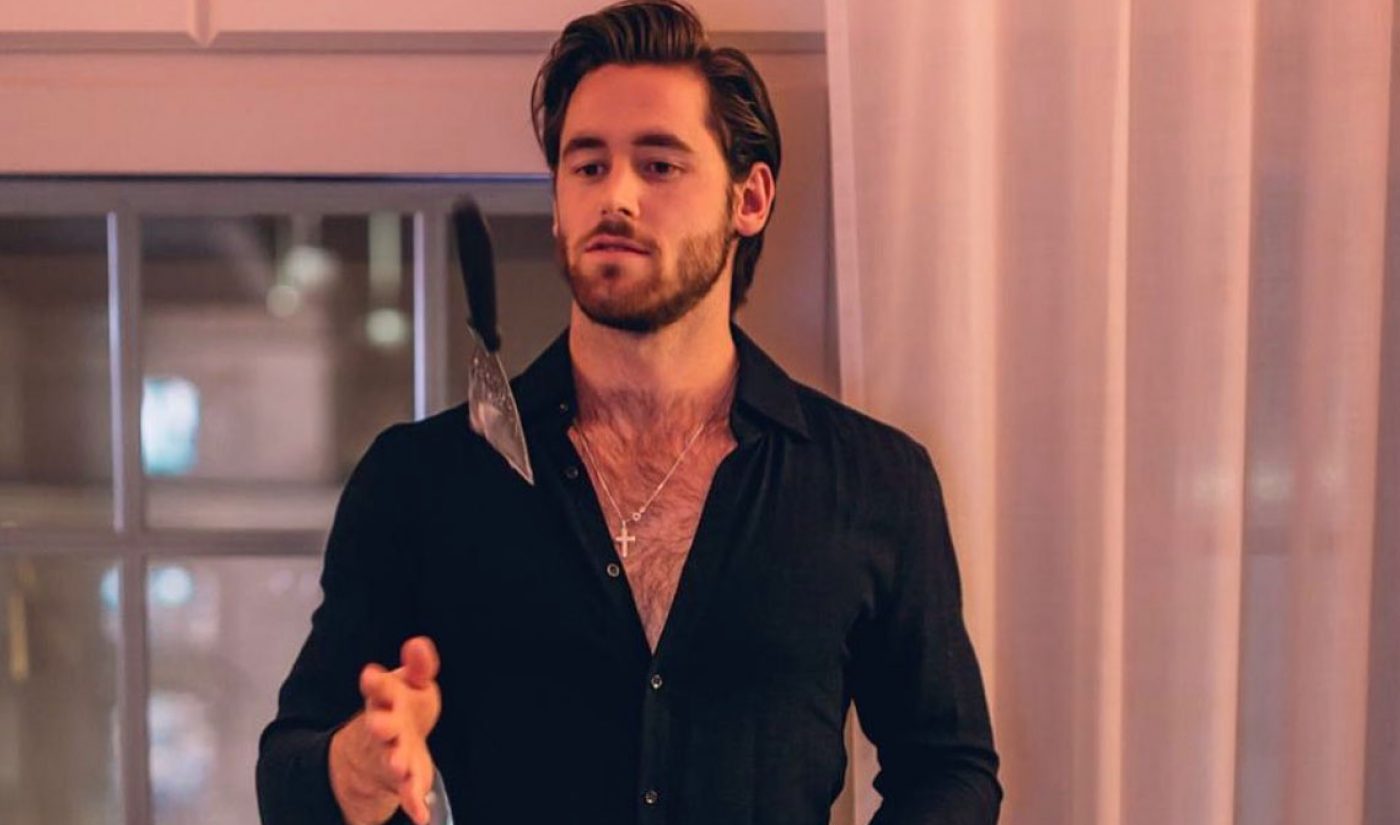 And he had absolutely no idea what TikTok was.

At the time, he was a 24-year-old university student and entrepreneur who operated the ice cream brand he’d cofounded, Pan-n-Ice, out of a shopping mall kiosk in east London. The video that sent him viral captured Pan-n-Ice’s big draw: its theatrical method of making. Unlike the majority of scooperies, Huysinga’s company prepped ice cream “batter” to order using super-chilled metal plates, flashily mixed in any requested extras, and then scraped it all into tight rolls. The eye-catching finished product–a popular Thai street food appropriately called rolled ice cream–is an Instagrammable delicacy if there’s ever been one.

Instagram is exactly where Huysinga was pre-TikTok. He only knew he’d gone viral because his Instagram followers DM’d him about it. “A customer had just videoed me without me realising, put it on TikTok, and then it was blowing up,” he says. After browsing the app, “I thought I would just give it a go because it seemed super fun.”

He joined up in February 2019, posting videos of himself and his ice cream-making performances. Then, in March 2019, he went viral again–only this time, the experience wasn’t quite so positive.

Internet denizens dubbed him “sexy ice cream man” and “cringey” in turn, responding to a video where he held eye contact with the camera as he prepped Pan-n-Ice in a self-described “sexual and intense way.” The video was meant to be a joke, but it found its way off TikTok and onto Twitter, and that’s when things went sideways, he says.

Criticism softened when people realized some of Huysinga’s other videos chronicled his monthly visits to a children’s hospital, during which he handed out free Pan-n-Ices. But Huysinga is still working to build a personal brand that doesn’t revolve around being “sexy ice cream man.” In the last year, he’s sold his stake in Pan-n-Ice, launched a line of bath products, and begun working on a new venture he can’t yet tell us about. And on TikTok, his comedic, positivity-focused content has grown his account to 1.2 million followers and 18.2 million likes.

You can check out our chat with him below.

Rob Huysinga: I literally love every single one of them. They’re so loyal, and I just get frustrated that I can’t meet them all. I mean, how cool would that be, meeting 1.2 million beautiful fans all at once? What I do love, though, is when I can meet them. Often they’re super excited to meet me, but the truth is, I am just as excited to meet them!

RH: My name is actually Rob Huysinga. (On TikTok, I go by the stage name @bubba_ice.) I am originally from a place called Henley, just outside London. The reason I initially got onto TikTok was because I would make ice cream videos on it. It turned out that the videos would get millions of views, so I just kept going! Before TikTok, I was running my ice cream brand, which I started back in 2015, alongside completing my business degree at the University of Bath.

RH: I woke up one day with over 100 DMs on Instagram saying I was going viral. A customer had just videoed me without me realising, put it on TikTok, and then it was blowing up. I didn’t even know what TikTok was at the time, but I thought I would just give it a go because it seemed super fun.

RH: It has been pretty steady over time, actually. I am currently on around 1.2 million, but I want to try hit 10 million, so I have a lot of work to do!

RH: I just love how weird you can be. The psychology of Instagram I find a little pretentious, whereas on TikTok, you can just let loose.

RH: Yes, I have recently got Fanbytes as an agent, and they are awesome and have gotten me some great work.

RH: In all honesty, my main passion and focus is entrepreneurship and running businesses. I spend very little time brainstorming content; instead, it is just very natural and in the moment. For example, if I fumble a line, I won’t edit over it or cut it out. I will leave it in, as that, for me, is most authentic.

RH: I don’t spend much time on the platform or follow many people. I was making ice creams and Katie Franklin appeared. She mentioned she was a TikToker, and since making an ice cream with her, I have been following her journey and I love what she stands for. She’s a super kind and conscientious person, and genuinely cares about her following.

Tubefilter: How have you structured your content post-virality? Did going viral impact the way you make TikToks or the way you look at content creation as a whole?

RH: Yes, the main video that made me go viral was a shame. I basically got completely misinterpreted. Basically, I made the ice cream in quite a sexual and intense way. But I was only messing around. It then blew up on Twitter, and within a few days I had friends across the world asking me what on earth I had been doing! Many people actually DM’d me saying I should kill myself…It was a huge lesson in knowing that anything I put out there, within a few days, has the potential to be viewed by 25 million people. I am therefore a little more careful with the content I post now.

@bubba_iceEVERYONE GO CHECKOUT MY MATES SONG @itsellamusic 🤗 I WILL BE CHECKING EVERYONE WHO USES IT 🕺🏼##foryou ##icecream ##icecreamrolls ##instantnoods♬ Too Cool – Ella M.

Tubefilter: We also see that you launched a line of soaps and bath bombs! Tell us about that venture.

RH: Yes! Since I sold my shares in the previous brand I started, I have been stuck at home (like everyone). It is more just a fun side project. I am working really hard in the background on my new venture, which i am excited to share in the coming months.

RH: Yes. So many 🙂 I just sold my shares at a brand I started when I was 20, so I am now looking forward and seeing what other opportunities there are out there. I am really excited about the future.