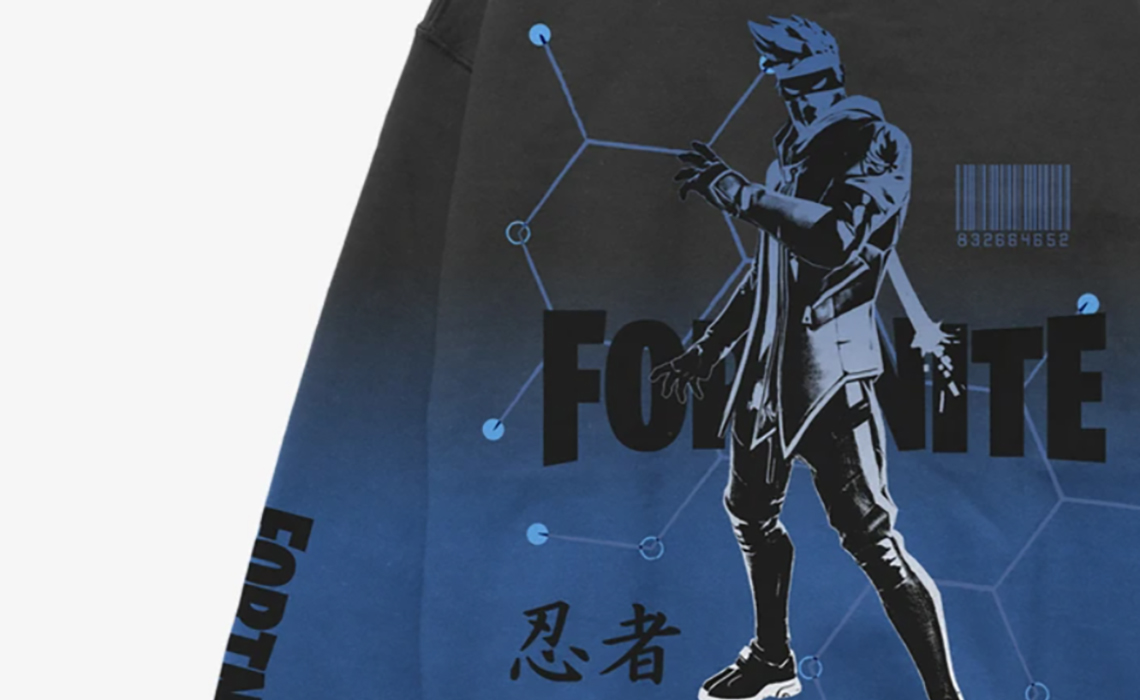 Killer Merch makes products for a range of digital and traditional celebrities, including YouTubers Shane Dawson and Cody Ko and actor/comedian Kevin Hart. You may recognize it (and its founder) from Dawson’s 2019 docuseries The Beautiful World of Jeffree Star, which in part chronicled Killer Merch’s production of his Conspiracy Collection.

Blevins (who has 3.1 million followers on Mixer) originally debuted the Team Ninja brand and store back in September 2018. For around ten months, the shop sold an array of items emblazoned with “Ninja,” Blevins’ logo, and his signature katanas. Then, in June 2019, the Team Ninja website was quietly pulled down for restructuring.

As of today, the brand is back up and running with a fresh product lineup. Blevins worked with Killer Merch to design two collections: an official Fortnite capsule with two hoodies ($55 each) and a T-shirt ($30); and the Team Ninja Core Collection, with two hoodies ($50), two T-shirts ($30), and a windbreaker ($60). The core collection features redesigned imagery, such as Blevins’ logo wreathed in cherry blossoms, while the capsule stars Blevins’ Fortnite skin and his oft-used advice to fellow gamers: “Get good.”

“This is Tyler’s more fashion-forward apparel line that reflects his personal style,” Bubb says. He adds that more Team Ninja collections are in the works, and though “we can’t release too many details about the upcoming items at this time, we can say that the future items will be very sleek, completely custom streetwear.”

Star, who’s a friend of Blevins’, is the one who hooked him up with Killer Merch, Bubb says. “Killer Merch is always open to opportunities that inspire and excite us.”

Blevins kept the relaunch mum until today, when he alerted fans on Twitter (and titled his Mixer stream “LIVE NOW! DOPE MERCH <3). Shortly after it went live, he tweeted again to let fans know he’s grateful for their enthusiasm.

My community is incredible. I appreciate all of your support on this new launch! I’ve been so nervous and excited for it. 💙

To mark the launch of the Ninja + Fortnite collection, Fortnite has temporarily brought back Blevins’ in-game skin. Players can acquire it–and themed accessories–in the game’s virtual store through May 24.