TikTok Millionaires: ‘Dani Speaks’ (And Her Quirky Character Bella) Says It Like It Is 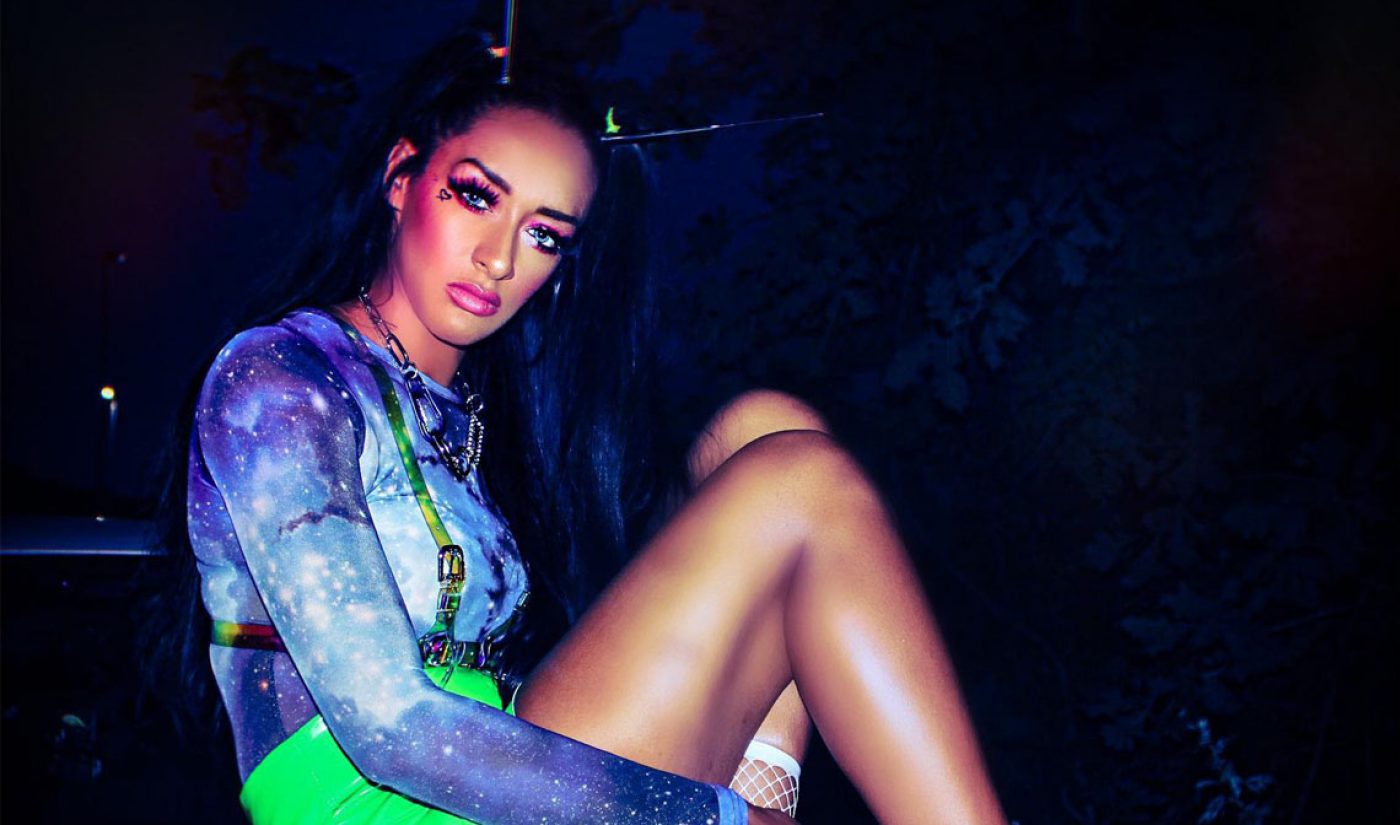 It’s squeaky, pitchy, drawling, and most of the time, just a liiiittle bit whiny. In other words, it’s perfectly befitting of a kiddo who really doesn’t want to go back to school, really wants to buy a mildly terrifying sloth toy, and, like many other people in quarantine, is really trying to figure out the ins and outs of this “baking” thing.

It’s also, contrary to what many people believe, not a filter, says Bella’s creator Dani Speaks. Bella’s “face” is a filtered version of Dani’s, edited to oversize and smush together her eyes and mouth, but her voice doesn’t draw on any smartphone magic–just Dani’s comedy chops.

Comedy is what drew 28-year-old Dani to TikTok in the first place. At that time, she’d already dipped her toes into digital content, having quit her job to focus on making funny and lifestyle videos for her nascent YouTube channel (54.7K subscribers). But in early 2019, when she saw her daughter browsing TikTok, she was immediately drawn to the app’s shortform, generally funny, often minimally edited content. As a mom of three (soon to be four), she’d struggled to scrape together time to film and edit YouTube uploads, and TikTok offered a way for her to make the kind of videos she wanted on her phone in less than 20 minutes.

Dani launched her account in May 2019, and like many comedians, she riffed on her real life, sourcing from everyday occurrences…including interactions with her kids. That eventually spawned Bella, who’s “a mashup of how I am as a person with inspiration from my daughter,” Dani says.

Bella became the centerpiece of Dani’s account, which grew to one million by October. She’s now at 1.5 million followers (and 60.9 million likes), so we’re celebrating her Millionaireship a bit late–but better late than never.

Dani: It felt amazing. I started the app in May 2019, and hit one million followers in October 2019. I felt so happy and so much love from people that enjoy my content.

I want to say to my fans: Thank you so much for continually supporting me and enjoying my content, and thank you for loving me for me—no matter how crazy I am!

Dani: My name is Dani. I live in Kent, but was born in Essex. I am married and have three kids with another on the way! Days before TikTok, I used to do a job I HATED, so resigned to focus on my passions more. I created my YouTube channel Dani Speaks a few months before joining TikTok, as I love creating video content, making people laugh, and expressing myself on film!

Dani: My daughter had it first. She was always on the app, and when I discovered the comedy content, I fell in love and wanted to create some! She wouldn’t really let me use her account, so I decided to make my own. I always had ideas of creating comedy skits, and found this platform amazing for that purpose, as it was so easy to use and could be done from my phone.

Dani: I grew very quickly. The first month, I accumulated 256k followers and had 6 million likes. I got my popular creator badge on June 12, and literally took screenshots on my phone of my growth from zero followers to where I am now.

I remember I did a video where the character I created on the app referred to herself as a “chavvy alien.” I remember a lot of people really liked that video, but a lot of my videos have appeared on the #foryou page. I wouldn’t say it was one video that catapulted my growth…more like a consistency of comedy posts that people enjoy.

Dani: I think people like TikTok because it’s lively and funny. I feel like there is definitely something on there for everyone, whether it’s comedy videos or wanting to watch cute puppies or wanting to learn dance routines, makeup tutorials, etcetera. It’s such a fusion of so many creative avenues and talents by everyday people!

Dani: I’ve worked with a lot of big brands: Burger King, Subway, Warner Music, Atlantic Records…And I work with TikTok itself and other creators in ad campaigns.

Dani: I don’t really brainstorm ideas. I don’t like to sit down and think, Hmmm, what would be a funny video?

I literally have ideas pop into my head, and then I get cracking with acting on them. I film at least one TikTok a day, sometimes more, with each video being no longer than 60 seconds.

Depending on the video—if I want to do outfit changes, etc—it takes about 10 to 15 minutes total, if all goes well with no interruptions. I also create longer videos for my YouTube channel once a week. Those take longer to edit and film. And then when I’m not doing that I’m literally going through emails and being an entrepreneur, mum, and wife. That means school runs, washing, cooking, cleaning…You know the drill.

Dani: I think there are some amazing makeup artists as well as comedy content creators I can really relate to.

Tubefilter: Where did Bella come from? How have fans reacted to her? Do you have any other characters?

Dani: Okay, so everyone asks me about Bella. I have a daughter called Bella, and my character Bella is like a fusion of an alter-ego with inspiration also coming from being a parent of a little girl. My skits are not complete reenactments of what happens in my day-to-day life. Some are inspired by things that happened to me, but like the dialog of what Bella says and how she says it is my creation.

I get a lot of people thinking her voice is a filter, but no, the actual voice is my voice. I also get a lot of people thinking my character Bella is played by someone else; however, it’s just me with a face filter and creating her voice. Bella is definitely a mashup of how I am as a person with inspiration from my daughter. But “Bella” is not me reenacting exactly what my daughter says and does.

People love how “sassy” Bella is. She’s a bit of a diva and says it how it is in child form, and people love her voice!

As for other characters, I did a few Keshia and Becky sketches with a crazy teacher that they like to annoy. I also have a character called Cass, who is Bella’s best friend.

I have quite a few different characters that I portray during my sketches. I really enjoy using different voices to bring them to life.

Tubefilter: Have you always been interested in comedy content? What do you think makes your particular brand of comedy stand out from other funny TikTokers?

Dani: I have always been into comedy. I love watching it.

Jim Carrey, Lee Evans, and Dave Chapelle are some of my favourites.

I think my comedy content stands out because I have a consistent character who has a personality that’s entertaining, endearing, and relatable—and also because I’m not afraid to take risks and be a bit crazy. I just create what I want and don’t let myself be held back by the fear of, what if people don’t like this? or what would people think!?

I get a lot of people say they feel like they’ve been able to be themselves more from watching my videos, and that is such a win for me, as I think it’s so important for people to feel they can be themselves and be accepted for who they are.

Dani: I would love to look at moving down the TV route, whether that be a comedy skit show and/or reality TV.

I have a lot of ideas and plans, but I’m like a secret squirrel…I like to keep stuff under my hat until all my ducks are in a row.