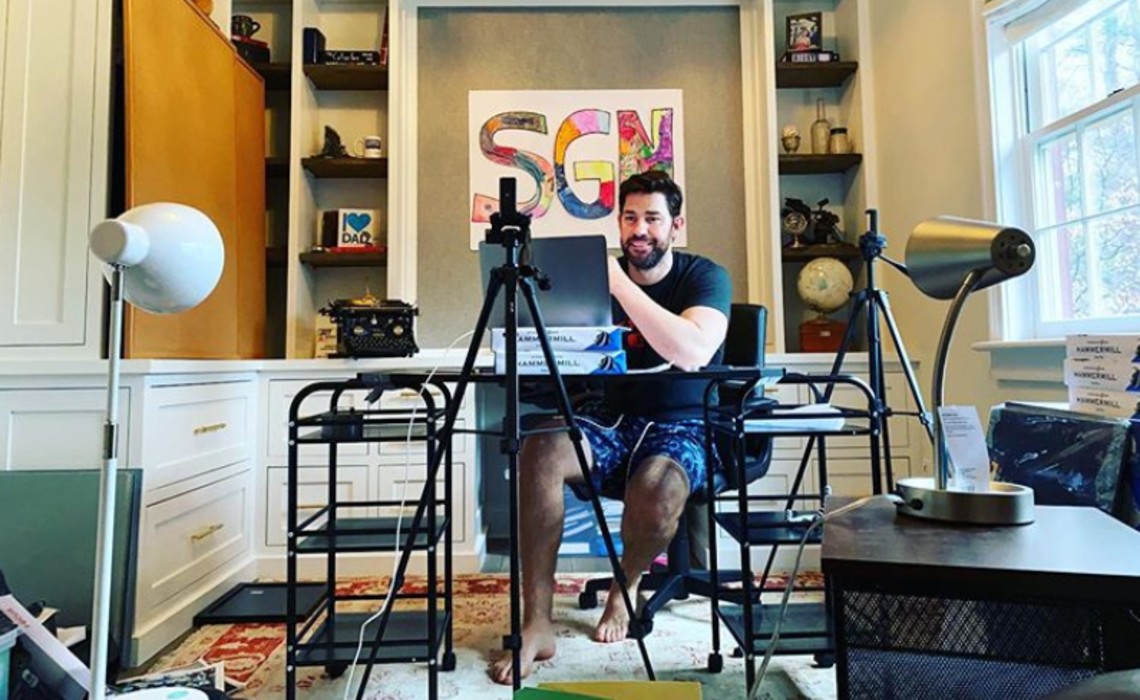 Actor John Krasinski is bidding a temporary farewell to the hugely successful YouTube channel that he launched in quarantine.

Some Good News (SGN) premiered on March 30, and, as its title suggests, is a news show dedicated entirely to good news — which, for many, served as a sigh of relief amid the myriad and unending tragedies precipitated by the coronavirus pandemic. The first episode featured a cameo from Krasinksi’s The Office co-star, Steve Carrell. And all told, the channel amassed 2.5 million subscribers and a whopping 67 million total views in less than two months.

On Tuesday, Krasinki announced that the show was coming to episode eight of eight, and then taking a break — but didn’t share any reasoning behind the hiatus. The final episode shared more good news about coronavirus survivors globally, and also took a look back at highlights from previous episodes — such as when the original cast of Broadway’s Hamilton surprised a superfan with a virtual performance, when Krasinski celebrated the marriage of some Office fans with other cast members in tow, and when SGN gave 2020 grads the opportunity to ask for advice from their idols, Entertainment Weekly reports.

Krasinkisi also touted the Some Good News merch marketplace, featuring designs by the show’s community. Every dollar spent goes to the charity of each shopper’s choice — with the Starbucks Foundation matching the first $1 million of all funds raised, Krasinski said.

“Cannot thank you all enough,” Krasinski tweeted today of the show’s run. “Even though the show has taken a break, good news never does. You are the good news.”

You can check out the eighth and final installment of SGN — for now — below:

These Are The YouTube Music Videos With The Highest Halloween Viewership