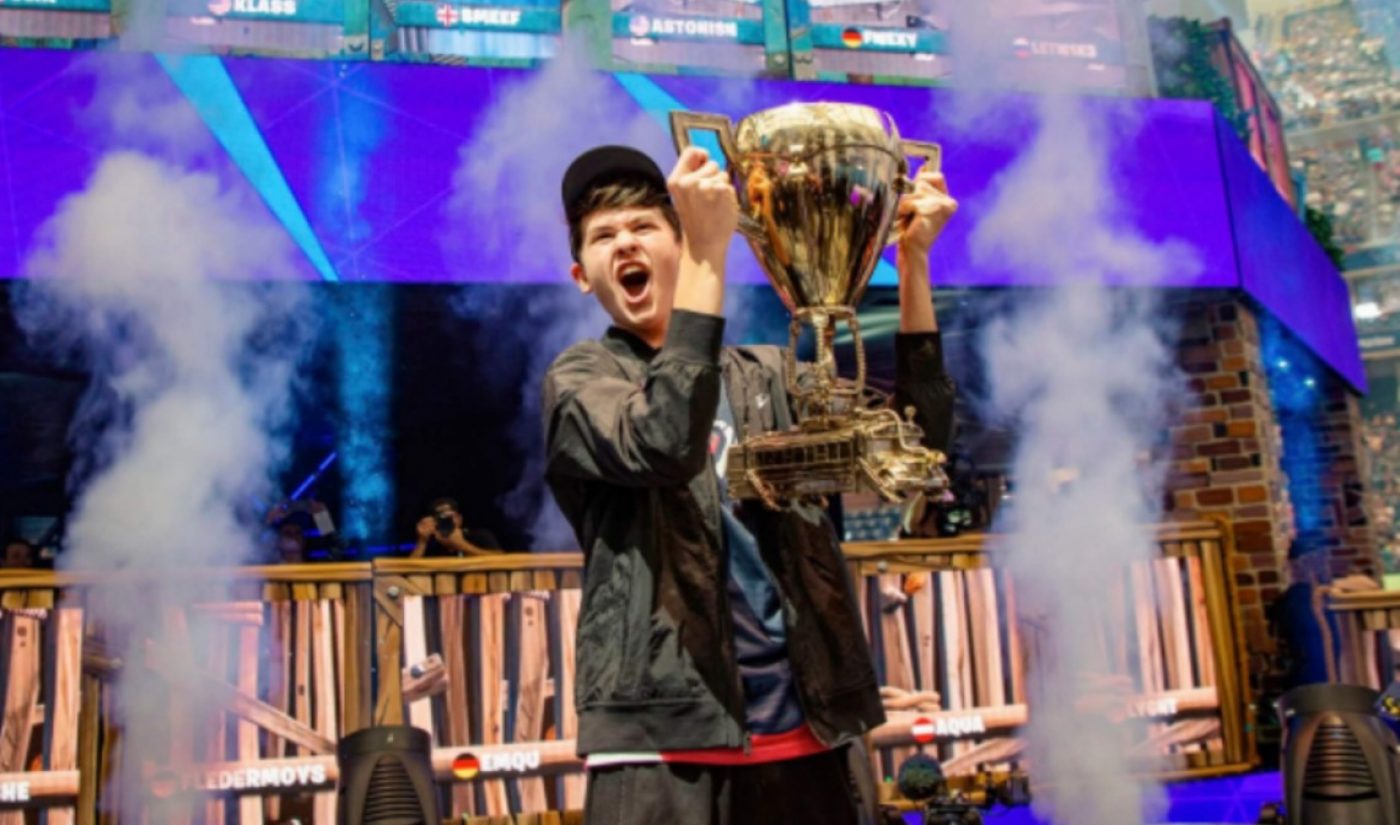 Yet another hotly-anticipated event has been cancelled due to the coronavirus pandemic.

The 2020 Fortnite World Cup — hosted by the popular title’s publisher, Epic Games, and initially slated for July — has been cancelled, per The Hollywood Reporter. It would have been the second such event following last year’s inaugural World Cup, which drew 2 million concurrent viewers on YouTube and offered a prize pool totaling $30 million.

“For the rest of 2020, all Fortnite competitions will be held online,” Epic Games confirmed yesterday on Twitter. “Due to the limitations of cross region online competition, there will not be a Fortnite World Cup in 2020…We don’t know when a return to large, global, in-person events will be practical, but we’re hopeful to be able to put on some form of Fortnite World Cup in 2021.”

Physical Events – For the rest of 2020, all Fortnite competitions will be held online. Due to the limitations of cross region online competition, there will not be a Fortnite World Cup in 2020.

Last year’s event was held at Arthur Ashe Stadium in New York City — which has more than 23,000 seats — and crowned then-16-year-old champion Kyle ‘Bugha’ Giersdorf (pictured above) as the grand prize winner. He took home $3 million, beating out other esports notables in attendance including members of the FaZe Clan, Ninja, and DrLupo.

Even if IRL events may be off the table for the time being, Epic Games is still crushing it on the virtual side of the aisle. Last week, for instance, Fortnite debuted an in-game concert featuring the rapper Travis Scott, which garnered 12.3 million concurrent viewers — an all–time record for the game.