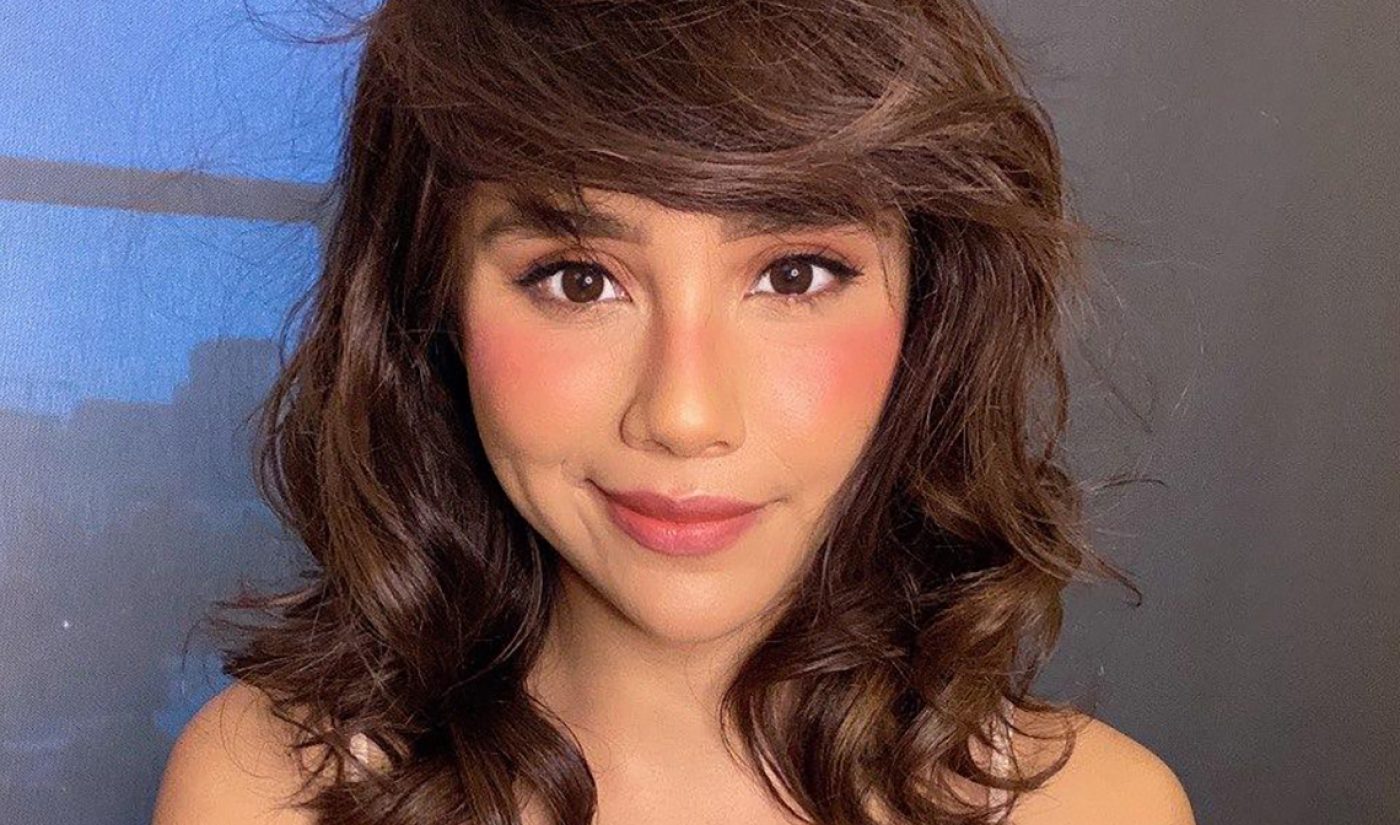 She goes by Neekolul on TikTok and Nicole (just Nicole) in real life, but last month, the internet christened her ‘The OK, Boomer Girl’ after one of her TikToks went viral. In it, Nicole–who’s 22, from California, and a former business/marketing major turned full-time creator–performed a peppy, strike-a-pose dance to YouTuber Senzawa’s now-famous meme song “Oki Doki Boomer” while wearing a Bernie Sanders shirt.

The video wasn’t supposed to be a big thing. “I just had a really hard time making a TikTok that day,” she tells Tubefilter. “I wasn’t feeling really creative, but I still pushed forward and was looking for ideas. And then I came across the ‘OK, Boomer’ song.”

She’d just bought the Sanders shirt, so Nicole figured she could pop it on and “do a political twist” on the song. “I just posted on social media like normal, like I post my normal content, and didn’t really think much of it,” she says. “And that’s when it all happened.”

To date, Nicole’s clip has been viewed more than 35 million times on Twitter, and has gotten 117K likes on TikTok. It’s also had a dramatic effect on her social followings. Since posting it, she’s gone from around 20,000 TikTok followers to 257K; on Twitter, 20K followers to 524K; on Instagram, 12K to 275K; and on Twitch, her main platform, she went from 35K to 119K, with her average livestream audience jumping from around 100 concurrent viewers to more than 2,500.

Going viral wasn’t all positive, though. Nicole’s content was falsely copyright claimed–which caused her Twitter account to be suspended–and her TikTok videos received hundreds of hateful comments. At the time, she was already in contact with Night Media (which reps top YouTubers like MrBeast, Preston, and Typical Gamer) through Nick Brotman, one of its managers; they’d met because Brotman followed her on Twitch, and had offered some advice on expanding her social presence.

Brotman and Night Media were instrumental in helping her deal with counteracting the claims, she says: “Without Night Media, I wouldn’t have been able to get my Twitter account back. I definitely wouldn’t have gotten my ‘OK, Boomer’ TikTok back on Twitter.”

Things have settled on that front, but thanks to TikTok virality, Nicole quite suddenly has a much larger audience than expected–and that requires some long-term planning, especially because she’s now making content on multiple platforms.

Her first was Twitch. She originally began streaming there because she wanted to get into digital content creation, and making videos for a site like YouTube took more hours than she had to spare as a college student. “It just didn’t really fit in with my studying schedule and my homework schedule and my work schedule,” she says. “I just decided to do Twitch in my free time because I didn’t have to edit or think of something to record. It was just me playing video games.”

She ended up transitioning to full-time creation in 2018, after she switched from streaming Call of Duty to the ever-more-popular Fortnite. Then, on Brotman’s advice, she branched out into doing similar editing-lite content on TikTok and Twitter.

Now, as a Night Media client, she’s planning to further expand onto YouTube, is developing a product line, and has another couple of career developments in the works, but can’t share those just yet.

“I’m really excited to work with Night Media,” she says. “We’re doing a lot of stuff behind the scenes that I’m excited for.”

As for Night, Brotman (who’s now her manager) says they’re seeing facets in her fanbase that differ from other creators’.

“We see lots of crossover where people come into her stream and they’re just like, ‘Hey, I found you on TikTok.’ And for me that’s a new thing, because most of my guys, you know, they have 10 million subs on YouTube, those are coming from Twitter, from another YouTube channel,” he says. “But from her, it’s a lot of inbound viewers from TikTok, which is super interesting.”

Nicole is also bilingual, and streams in both English and Spanish–something that’s brought her an uncommonly sizable international following compared to Night Media’s other clients. “Our third biggest demo for her is actually Mexico City,” Brotman adds. “We have a lot of fans who are native Spanish speakers.”

Ultimately, he says, “She offers a new dynamic we haven’t really seen talent-wise.”