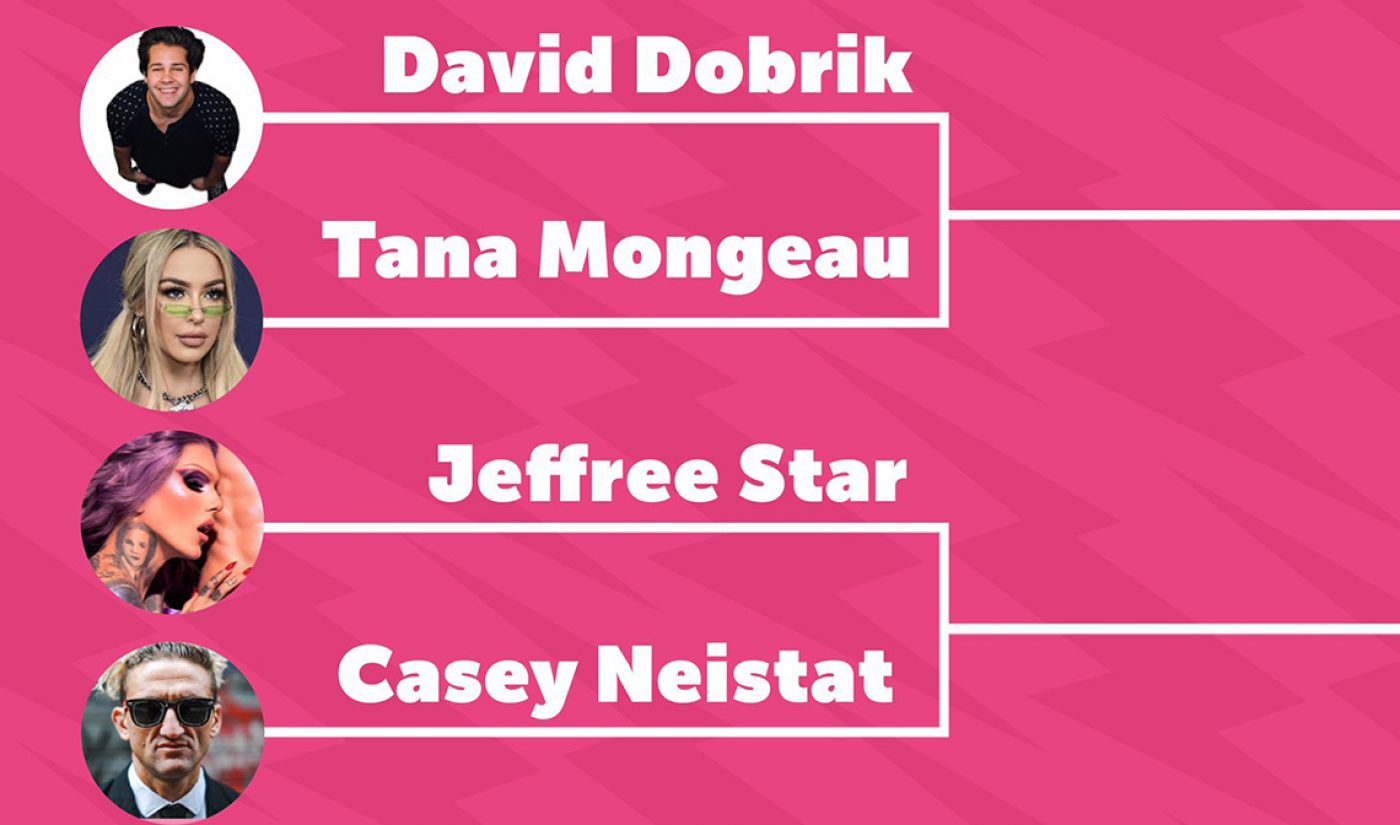 MrBeast and 32 other top YouTubers are ready to rock.

The famously generous YouTuber (IRL name: Jimmy Donaldson) snagged a spot on YouTube’s slate of COVID-19 originals, and is using it to host a long-distance, livestreamed creator vs. creator tournament. Creators are sorted into 16 starting brackets; winners from those will compete against winners from other starters, and winners from those will compete, and so on, until one YouTuber emerges victorious. Their prize: a $250,000 donation to the coronavirus aid organization of their choice.

When the special was announced earlier this week, Donaldson tweeted that it’d be chock-full of “the biggest influencers.” As of now, he’s revealed 16 of the tourney’s participants, and they are indeed some of YouTube’s most well-known creators.

Here are the starting matchups:

Donaldson will broadcast the event from his YouTube channel–where he has 34.2 million subscribers and nets 300 million views per month–on April 25 at 6 p.m. EST.

MrBeast is not the only YouTuber hosting a special on YouTube’s new slate. Matt Steffanina (11.7M, 30M) has an International Dance Day broadcast coming April 29, Lele Pons (16.1M, 100M) is the star of a five-part docuseries set for debut May 19, and Luisito Comunica (31.1M, 200M) and Juanpa Zurita (10.2M, 10M) are creating a documentary about people affected by COVID-19 that’ll bow sometime in May.