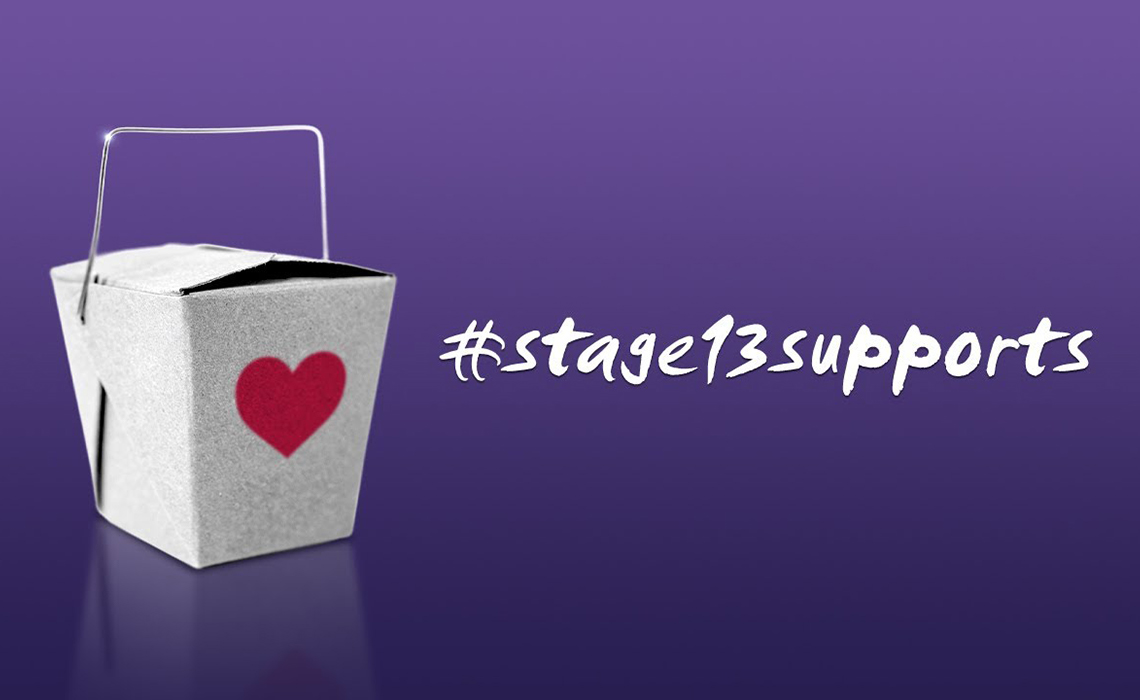 Warner Bros.-owned digital studio Stage 13–which produces numerous series like Two-Sentence Horror Stories and Cooking on High for distribution on Netflix, The CW, HBO, YouTube, and Facebook Watch–has launched #stage13supports, a campaign urging people across the U.S. to keep ordering from their favorite Asian restaurants, and maybe even discover some new ones.

People of Asian descent and their businesses have been especially hard-hit by the COVID-19 pandemic. Human Rights Watch recently revealed that in a two-week period, a coalition of Asian-American groups received more than 1,100 reports of coronavirus-related incidents of racism in the U.S. Meanwhile, many Asian restauranteurs and entrepreneurs have spoken up about losing customers.

Stage 13 intends to help some of those restauranteurs stay afloat. One of its digital shows, for instance, is the unscripted Family Style, which brings together passionate foodies and celebrities such as Daniel Dae Kim (Hawaii Five-O)–who contracted and recovered from COVID-19–and Harry Shum Jr. (Shadowhunters) to profile Asian restaurants and locales like night markets.

“We want these restaurants and culture to continue to thrive and stay open during such extreme circumstances,” Shari Scorca, VP of unscripted content at Stage 13, said in a statement. “We hope that people will use Family Style as a guide to Asian food or cuisines they have not yet tried and that fans join the Group to share stories and words of encouragement as well.”

“Life has completely changed for us at BPMF as we try to stay afloat during this time, launching new initiatives and protocols,” Phil Wang, cofounder of Bopomofo Café (one of the restaurants profiled in season one), said. “Thankfully, the local community and our fans have been very supportive near and far. People are placing online orders from other states and even countries to help us. Thanks to Stage 13 for using their platform to support small businesses, especially Asian ones, during this time.”