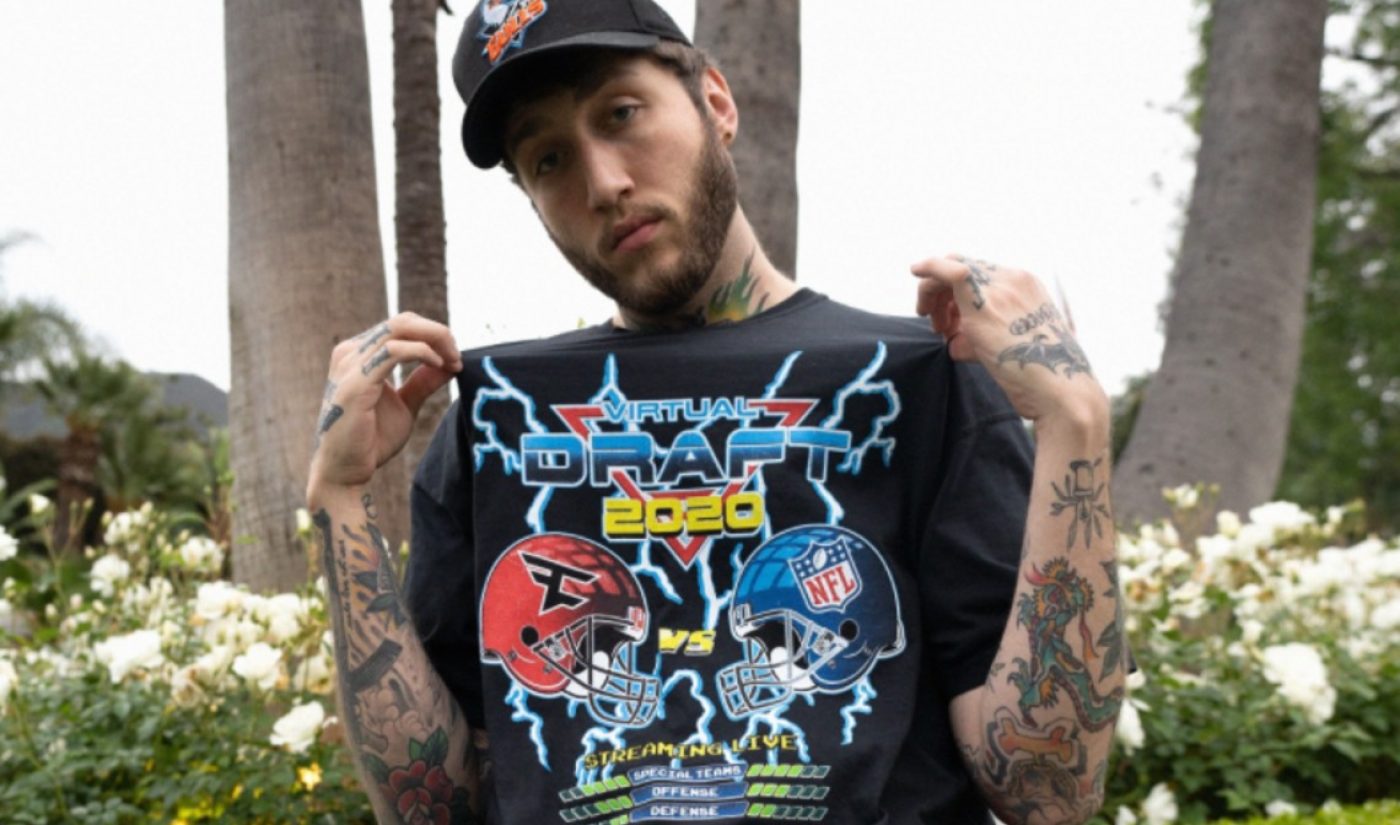 After raising $40 million in a fresh funding round led by ecommerce startup NTWRK, FaZe Clan — one of the internet’s most-recognized gaming organizations — is teaming up with the NFL for a first-of-its kind merch collaboration that collides the worlds of traditional sports and esports.

FaZe Clan will drop two new products — an $80 hoodie and a $40 T-shirt — at 3 pm ET on April 23 in honor of the NFL’s first virtual draft, which is a necessity due to current social distancing protocols. The clothing collab marks the NFL’s first-ever deal with a gaming organization. The merch designs are inspired by late 90s and early 2000s arcade games, according to FaZe. (As part of its funding round, NTWRK — which produces limited-edition product drops alongside LeBron James and Billie Eilish — obtained the exclusive global direct-to-consumer product rights for all FaZe Clan merch).

At the same time, FaZe stars will participate in the NFL’s livestreaming Draft-A-Thon, which will also benefit coronavirus relief efforts and pay tribute to healthcare providers. The event will be streamed on the NFL’s and Faze Clan’s online channels, as well as in coverage on ABC, ESPN, and more. FaZe’s contribution to the Draft-A-Thon will see house members who are currently quarantined together — including founding members FaZe ‘Ricky’ Banks and Thomas ‘FaZe Temperrr’ Oliveira — hosting a watch party.

“It’s an absolute honor for FaZe Clan to be teaming up with the NFL and personally a dream come true,” Banks said in a statement. “Our merch collab and participating in the Draft-A-Thon will be the first time a lot of traditional sports fans and NFL fans will be introduced to esports, so this isn’t only a huge moment for FaZe Clan, but it’s big for esports in general.”

That said, this isn’t the first time that the NFL and FaZe have collaborated; the two organizations previously worked together on co-promotional initiatives surrounding last year’s NFL Kick-Off Day as well as the Super Bowl, wherein the NFL invited FaZe members to attend earlier this year.