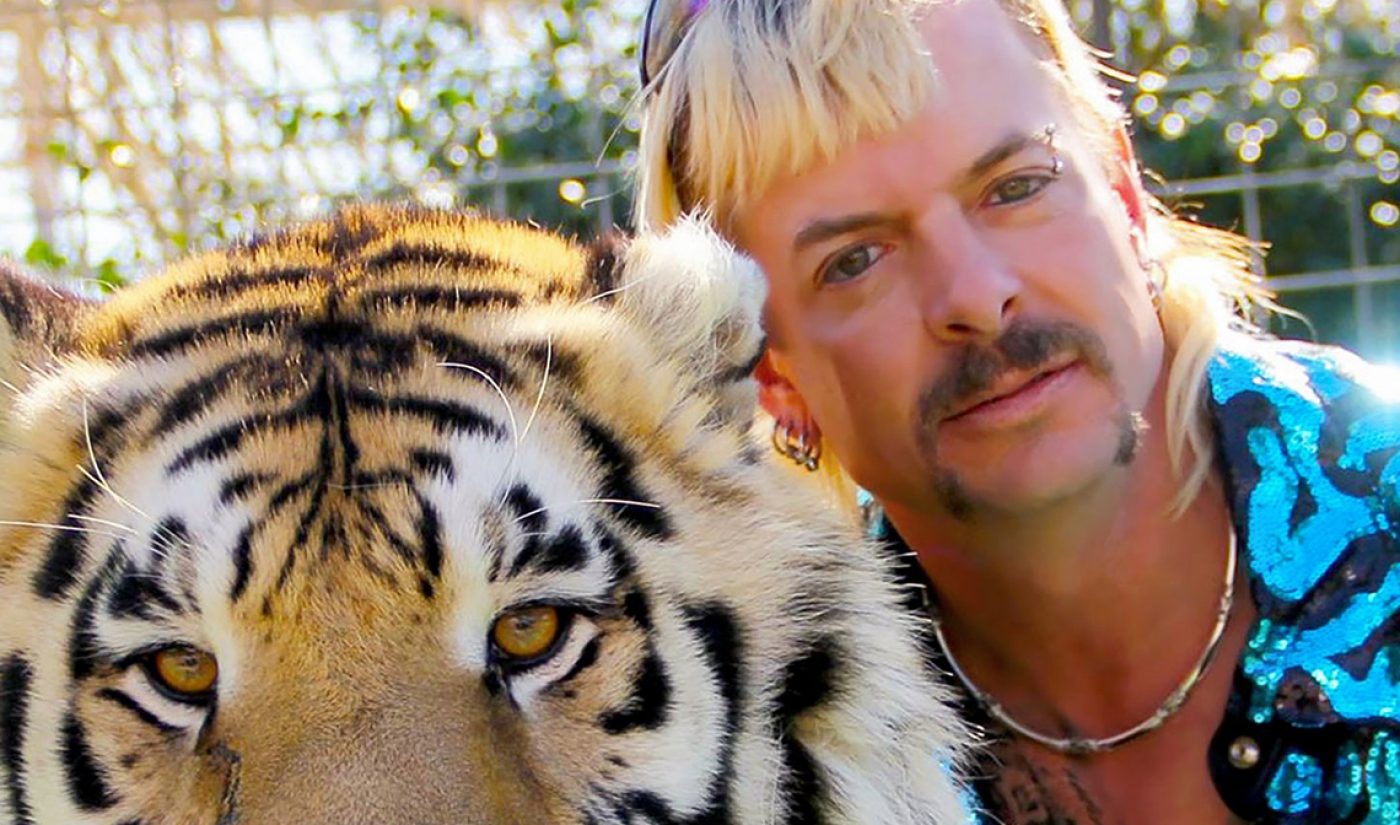 According to Rotten Tomatoes, Netflix’s latest hit docuseries, Tiger King: Murder, Mayhem, and Madness, is currently the most popular television show in America. It’s also been Netflix’s No. 1 most watched program in the U.S. for two straight weeks.

And all that attention might be paying off for the series’ stars, including the titular Tiger King himself, Joe Exotic.

Following the series’ premiere March 20, JoeExoticTV–the two-months-dormant channel Exotic once used for his country music videos and lengthy livestreams from his Greater Wynnewood Exotic Animal Park–saw a massive spike in both views and subscribers. On March 19, before Tiger King bowed, the channel had 64,500 subscribers. That day, its 1,000-odd videos netted 8,313 views total. By March 22, the weekend after Tiger King‘s debut, it was up to 99,248 daily views and 68,000 subscribers. On March 31, it netted 1.9 million daily views, and was up to 157,000 subscribers. 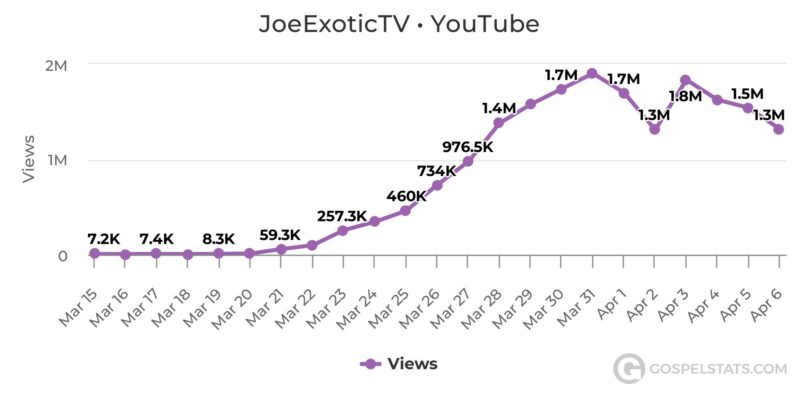 At press time, the channel is seeing between 1.5 and 2 million views per day, and has 234,000 subscribers. Its top three most viewed videos (22 million, 10 million, and 6 million views, respectively) are clips of the some of the hundreds of animals Exotic used to own–but the fourth most viewed is the music video for his now infamous song “Here Kitty Kitty.”

For those who haven’t tuned in to the seven-part series, here’s what you need to know: It profiles Exotic and the various people in his life, including his zoo’s former employees, plus a handful of other prominent voices in the big cat community. One of those voices is Carole Baskin, an animal rights activist who fought to get Exotic’s traveling animal show and cub petting encounters shut down. Exotic–who’s currently serving 22 years in prison for attempting to hire a hitman to kill Baskin–alleges Baskin murdered her wealthy second husband, Don Lewis, and fed him to her rescued lions and tigers.

The music video for “Here Kitty Kitty” features a Baskin lookalike feeding meat to Exotic’s tigers. As Tiger King’s viral popularity has risen, the song has been covered, remixed, and memed, spurring even more traffic.

JoeExoticTV’s videos don’t appear to be running ads, so it’s possible all those added YouTube views aren’t earning Exotic money. But many of the series’ stars appear to be cashing in on their newfound notoriety on another video platform: Cameo.

As The A.V. Club points out, nearly all the big Tiger King players are now on the video-for-hire site, offering customized shout-outs to fans who fork over a fee. Those present on the platform include John Finlay (Exotic’s ex-husband, fee $85), Jeff Lowe (Exotic’s ex-business partner, $150), Joshua Dial (Exotic’s ex-campaign manager, $70), and James Garretson (who served as an informant in Exotic’s case, $99), as well as Bhagavan ‘Doc’ Antle, a fellow big cat keeper/breeder ($250), his son Kody Antle ($108), and his daughter Tawny Antle ($95).

And Tiger King’s stars apparently aren’t the only ones extending their presence for fans. Lowe–the owner of what was once Exotic’s zoo–recently said Netflix is planning to put out an eighth episode sometime this week after meeting with him to film more footage.