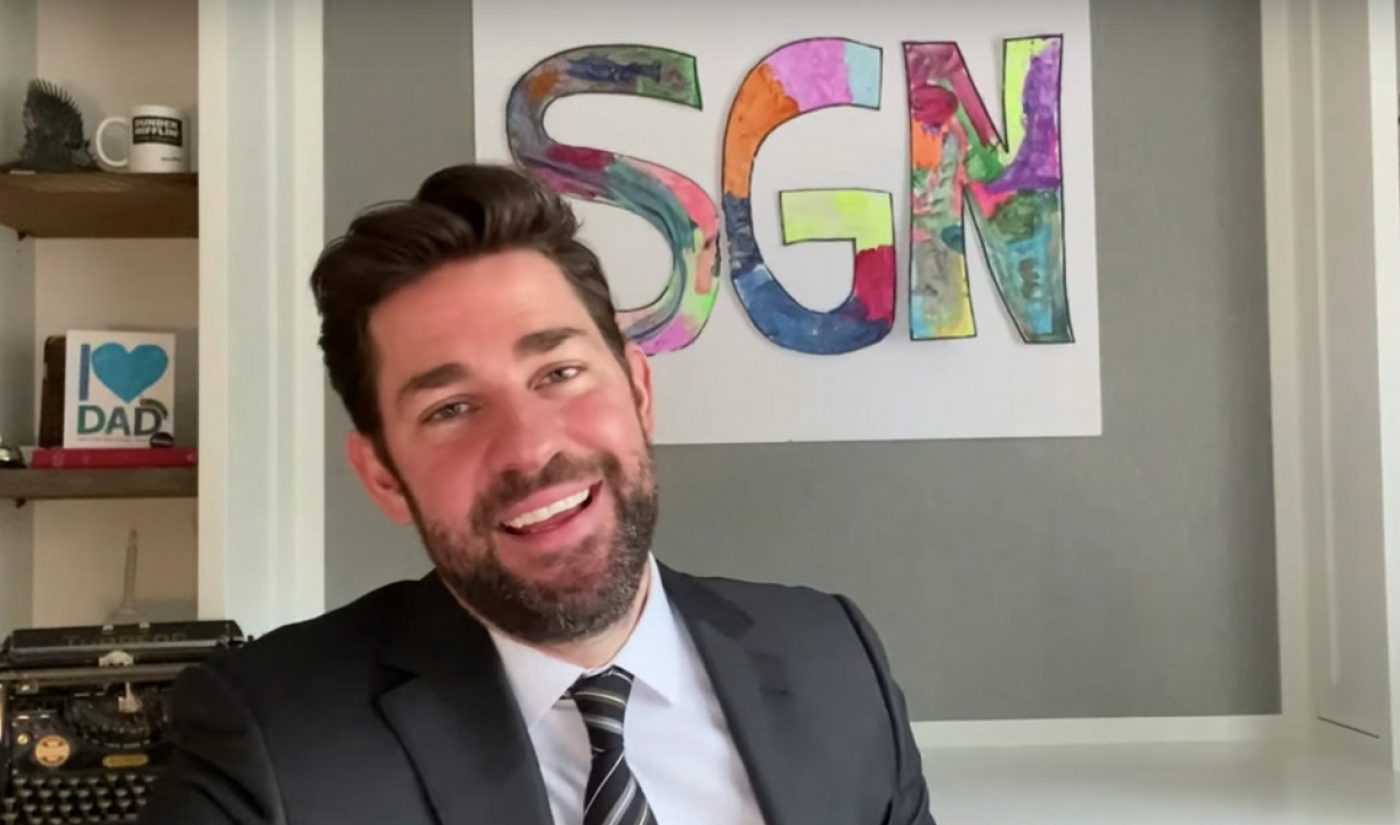 Travel may be off-limits, but YouTube viewers can still take a trip back to Scranton, Pennsylvania, thanks to actor John Krasinski’s new channel.

Krasinski is best known for playing lovable prankster Jim in all nine seasons of The Office. He’s since gone on to star in numerous notable projects like horror film A Quiet Place and Amazon‘s political thriller Jack Ryan, but his turn as Pam’s husband and iconic camera-starer is firmly lodged in fans’ hearts–and on competing streaming services.

Perhaps with that in mind, Krasinski introduced his new project, a YouTube channel called Some Good News, with a reunion between himself and fellow Office alum Steve Carell, who starred as “world’s best boss” Michael Scott. Krasinski’s overall goal with the channel is to crowdsource bits of heartwarming news that he’ll present, in full host’s suit and tie, from his home. “For years now, I’ve been wondering, why is there not a news show dedicated entirely to good news?” he asks at the beginning of his and Carell’s video.

To gather material for the episode, he reached out to fans on Twitter, asking them to provide links to good news stories. Some of the bits highlighted in his episode include the continued heroism of healthcare staff combating COVID-19, a person who put out toilet paper and full-size bottles of hand sanitizer for delivery people to take, and a person who bought 100 lobsters from a struggling fisherman, then cooked them and delivered them to neighbors.

After the news rundown, Krasinski introduces Some Good News’ “entertainment correspondent”–and up pops Carell, calling in via webcam.

“It’s so good to see you, and thank you so much for doing this,” Krasinski tells Carell. “We are trying to start a news network just for good news, and boy, are you good news.”

The two note that their reunion celebrates the 15th anniversary of The Office’s first season premiere, and revisit some of their favorite filming moments. Carell says it’s “a happy surprise” to see The Office is still gaining fans who are discovering it for the first time on Netflix. As for a long-demanded reunion of the show’s entire cast, Krasinski is pretty vague: “Hopefully one day we just get to reunite as people and all get to say hi.”

The duo’s video has netted more than 2.6 million views in the 18 hours since it was uploaded, and is currently No. 1 on YouTube’s Trending tab. Some Good News now has more than 330,000 subscribers.

On Twitter, Krasinski said he’s “totally blown away by the response,” and asks fans to keep sending news.

Wow!! Totally blown away by the response to #SGN ! Thank you thank you… But hey, you guys did this!! So you keep sending me #SomeGoodNews and making me smile… and I’ll keep trying to return the favor! Pass it on!https://t.co/smtSgIlNGG