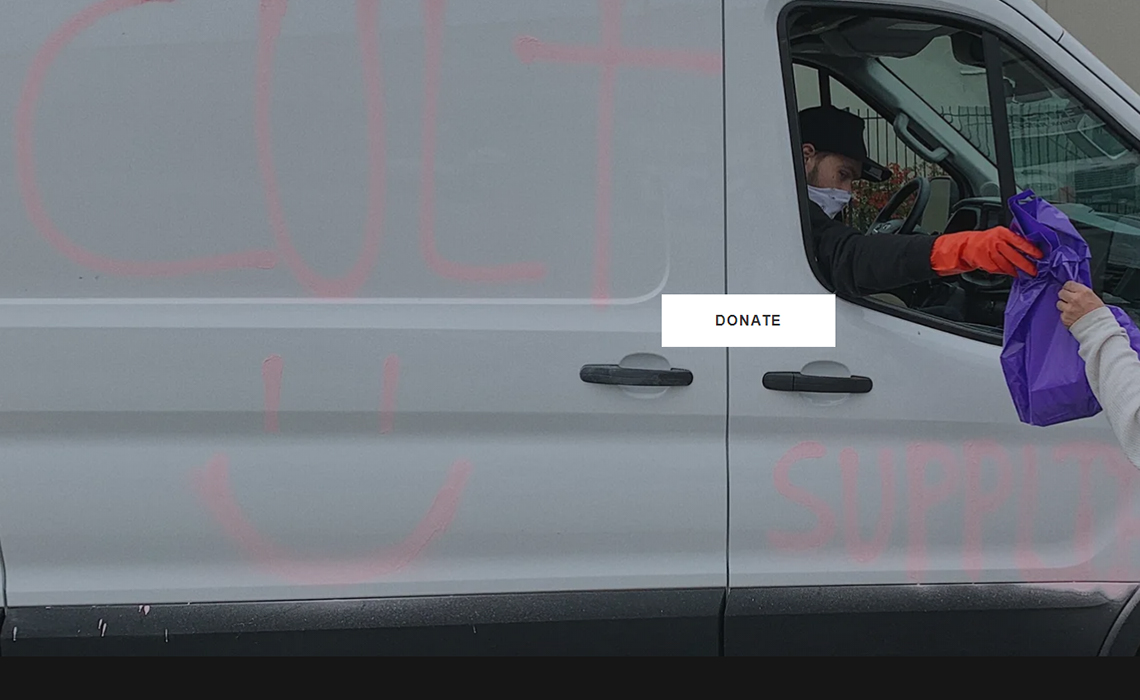 Elijah Daniel, a comedy YouTuber and rapper known for viral stunts like renting and renaming a town Gay Hell, has brought his fanbase (which he’s deemed the “cult”) and a number of companies into the Cult For Good, a charitable effort delivering vital supplies to homeless populations affected by the COVID-19 pandemic.

Many states have enacted social distancing and business closure guidelines to help contain the spread of the novel coronavirus, which has sickened more than 440,000 people globally and killed nearly 20,000. With these in place, organizations that normally support homeless populations have been temporarily shuttered.

Daniel started Cult For Good after asking around on Twitter and realizing there weren’t any programs distributing basic hygiene products to people struggling with homelessness in Los Angeles, he recently told Insider. His original goal was to distribute the two key items: soap and water.

He first hooked up with social media app Forcer, which provided 30,000 bars of soap. Soon after, another 30,000 came from We Are Verified, a management agency working with digital stars like Tana Mongeau. Daniel has since partnered with DUDE Wipes, Enterprise Rent-A-Truck, and U-Haul (more on that later), and has expanded his repertoire of donated items to include toothbrushes and toothpaste, hand sanitizer, first aid kits, menstrual products, diapers, pet food, and people snacks.

Daniel dispatched the first Cult For Good truck–a plain white van with CULT spray-painted on the side in pale pink–packed with supplies on March 22, and a second on March 24. Both distributed thousands of packs of necessities to people affected by homelessness in Los Angeles, including folks living in Skid Row.

the first #CULTRelief Truck has been running in LA for 3hrs & has passed out thousands of supplies to the homeless.

here’s a thread of pictures of what your support has become. im crying lol. thank u.

the homeless here are being forced off the street by the police, and have NO access to supplies.

to put a picture to your donations and retweets and support by sharing #CULTforGOOD, this is literally only around 2.5% of the supplies we’ve stockpiled for the CULT Relief trucks to pass out to the homeless.

every small thing you do helps, keep it up.https://t.co/TtXHaBODwz pic.twitter.com/fYPV75mqIe

Daniel has been tracking amounts of donated goods on Twitter, and said that donations received on March 24 alone allowed Cult For Good to buy 5,000 bars of soap, 5,000 packs of fever reducers, 5,000 dehydration tablets, 4,000 moist cleaning towels, 4,000 snacks, 3,000 menstrual products, and a whopping 8,000 bottles of cranberry juice. (If you’re wondering why cranberry juice, Daniel told a curious Twitter user that it’s easier to get in bulk right now because “everything else is out of stock.”)

So far, Cult For Good has received more than half a million products, according to Daniel’s last tweet with figures. Tubefilter has reached out for an updated total.

Daniel told Insider that while company partners have been vital–in some cases receiving and storing shipped products that wouldn’t fit in Daniel’s apartment–he estimates around 70% of donations to Cult For Good have come from his fanbase. He has 580K subscribers on YouTube, more than 625K followers on Twitter, and 422K followers on Instagram.

Along with continuing to deliver supplies throughout Los Angeles, Daniel plans to expand Cult For Good to major cities across the U.S., which is where partners like Enterprise and U-Haul come in. Supplies are heading to San Diego on March 27 and to San Francisco this weekend. Plans are in place to send supplies to Portland, Seattle, and Sacramento next, Daniel says, and then to cities in New York, Florida, and Ohio. The initiative is also looking at bringing trucks to Flint, Mich., Detroit, Boston, and Baltimore, Daniel tweeted.

And soon, Cult For Good’s trucks may give out more than much-needed hygiene and food products. The initiative has also partnered with Vivera Pharmaceutical, a U.S.-based distributor of rapid-result COVID-19 tests. In the coming weeks, his fleet will administer free tests that give positive or negative results within 20 minutes, Daniel says. Cult For Good says these tests will be given to homeless populations and at-risk patients.

Cult For Good is accepting donations on its landing site. Daniel has also launched a line of Cult For Good merch in his shop, with all profits going toward supplies and bringing trucks to cities.