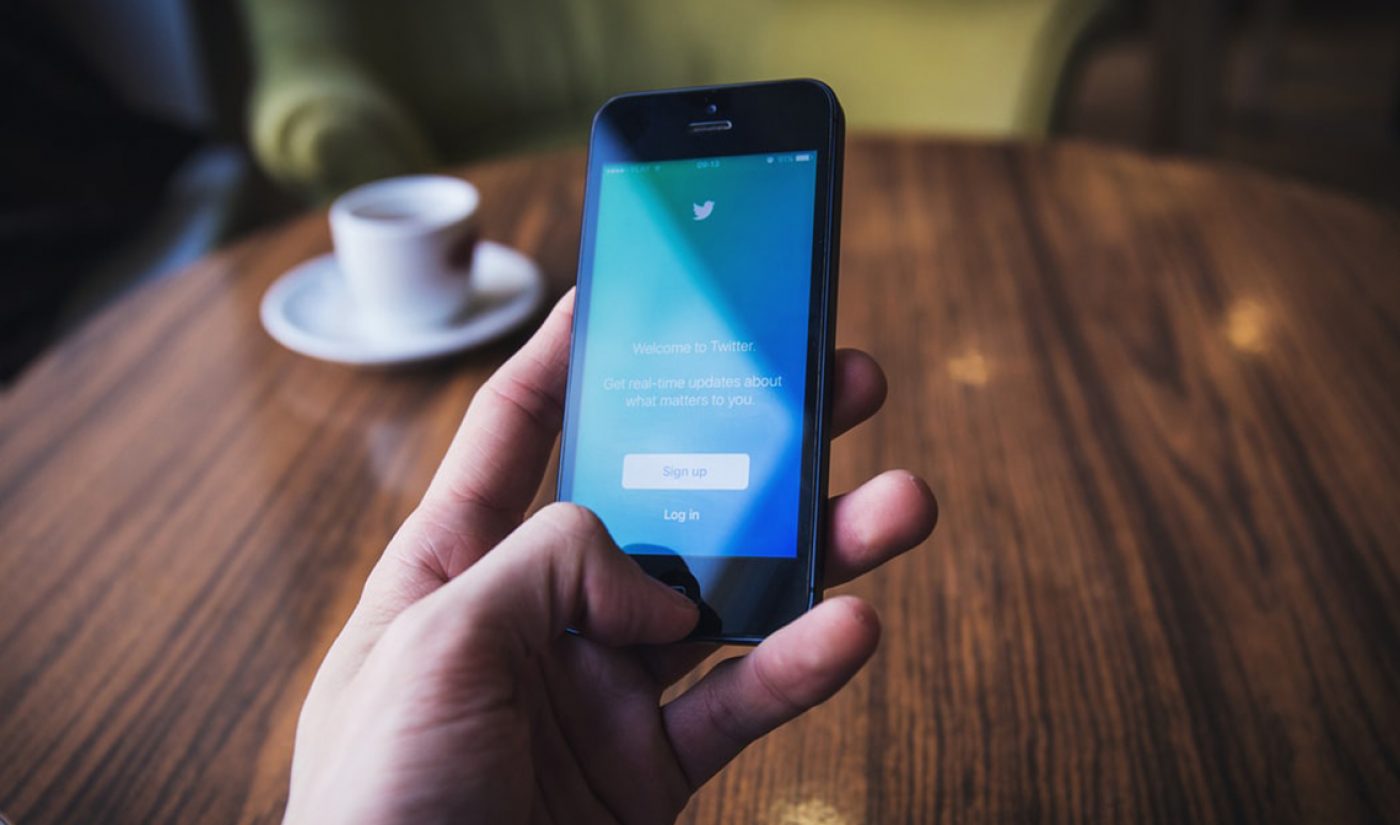 Twitter has been hit hard by the economic effects of COVID-19.

Despite gaining 8% more monetizable daily active users in the first three months of 2020, the social media company expects to come in below predicted revenue, and will incur an operating loss, CNBC reports.

Things are apparently serious enough that Twitter has officially pulled its guidance (the financial forecast provided to investors during the previous quarter’s earnings call) for the period. Said guidance predicted Twitter would bring between $825 and $885 million in revenues this quarter, down from $1.01 billion in Q4 2019.

“While the near-term financial impact of this pandemic is rapidly evolving and difficult to measure, based on our current visibility, the company expects Q1 revenue to be down slightly on a year-over-year basis,” Twitter said in a press release. It added that it expects an operating loss because of “the revenue impact of the pandemic.”

Its chief financial officer, Ned Segal, specified that COVID-19 has affected Twitter’s advertising revenue “more significantly in the last few weeks.” (That’s in line with a new study from influencer marketing platform IZEA, which warned there will be less advertising money going around as people self-isolate and businesses close during the pandemic.)

But those added users aren’t enough to keep Twitter on track for $825-885 million. Instead, the company said, revenues will likely be closer to what it earned in Q1 2019: $787 million.

The user upturn/financial downturn comes just a few weeks after activist investor Elliott Management Corp. bought around 4% of Twitter for $1 billion. Elliott at first intended to leverage its stake to oust Dorsey, but after “constructive discussions” and backpedaling from the CEO over his Africa plans, the two companies reached a deal that’ll keep him on board. As part of that deal, private-equity firm Silver Lake also invested $1 billion in Twitter, meaning it and Elliott together own a commanding 8% of the social media giant. Twitter has already said Silver Lake’s $1 billion will go toward a $2 billion stock buyback sometime in the future.

Twitter’s stock prices dropped 2% in the wake of its Q1 earnings warning before rising 3% after hours to $24.69 per share.

As CNBC points out, Twitter is not the first major tech company to announce it likely won’t meet its original first-quarter revenue expectations due to COVID-19. Microsoft, Apple, and PayPal have all similarly lowered their projected revenue totals in recent weeks.