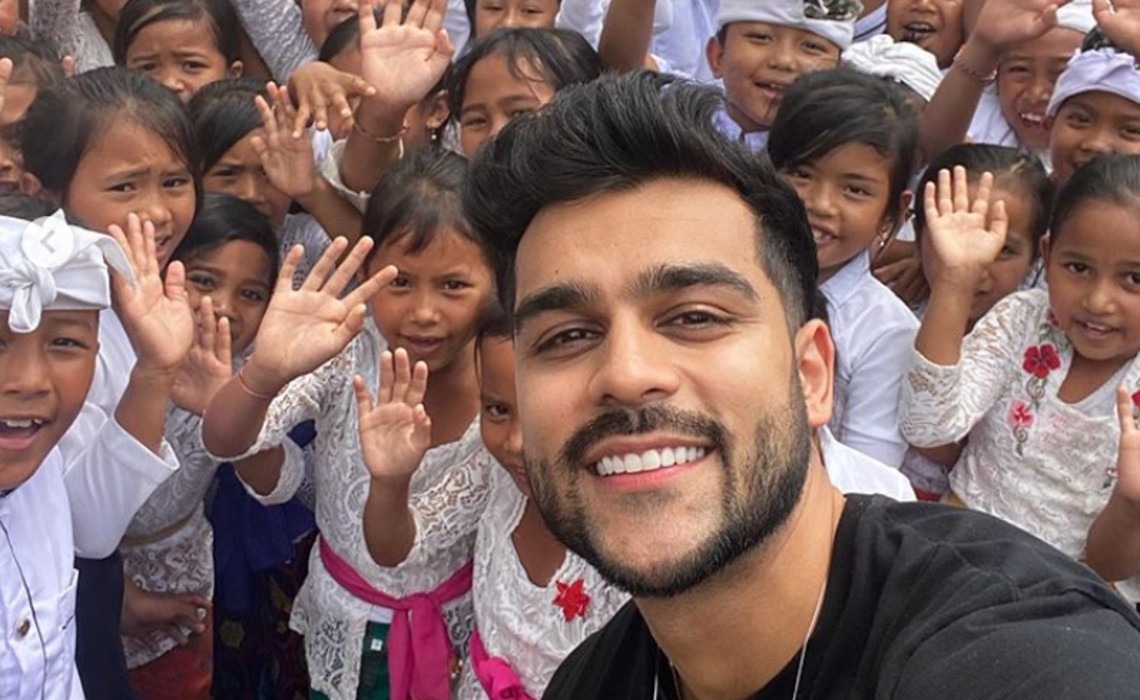 The 27-year-old — who also stars in a digital send-up of the show Shark Tank for Comedy Central called Pitch Please — raised roughly $30,000 to fund a school for kids in Bali.

The project came about after Waheed’s manager, Leanne Perice, connected him with Timothy Sykes — the co-founder of Karmagawa, a charity organization that works in various fields, including plastic reduction, and providing food, medical facilities, and education to those in need. Sykes then connected Waheed with the Bali Children’s Project, an Indonesian nonprofit dedicated to helping children in Bali escape poverty through education.

Karmagawa had already built a school, and decided to name it after Adam. Then, in turn, he became involved to raise money for the next project. The Adam Waheed School serves 195 children — complete with brand new books and computers. Waheed also visited the facility last month to celebrate its opening, calling it “the greatest day of my life and my most proud accomplishment yet.”

Waheed raised funds for the organization on his social media channels by encouraging fans to donate through four Instagram Stories, two in-feed posts, and a Tweet — all of which raised nearly $30,000. The donations were then handed over to Karmagawa, which not only funnels funds to local charities, but also visits the facilities with photographers, videographers, and influencers to spread awareness. To date, Karmagawa has helped fund the construction of 68 schools and libraries worldwide — which can cost between $15,000 and $30,000 apiece — 25 of which are located in Indonesia.

“Educating the youth and more specifically education in third world countries has always been something I have been passionate about, far before I gained a following,” Waheed, who is nominated for a Shorty Award this year in the ‘Best Instagrammer’ category, tells Tubefilter. “Although this was a great accomplishment for me, there is still a lot of work to be done and I will continue to use my platform so we can build more schools across the world.”