Indie Spotlight: ‘Two-Mara’ May Be About Fake Siblings, But It’s Got Real Sisterly Love 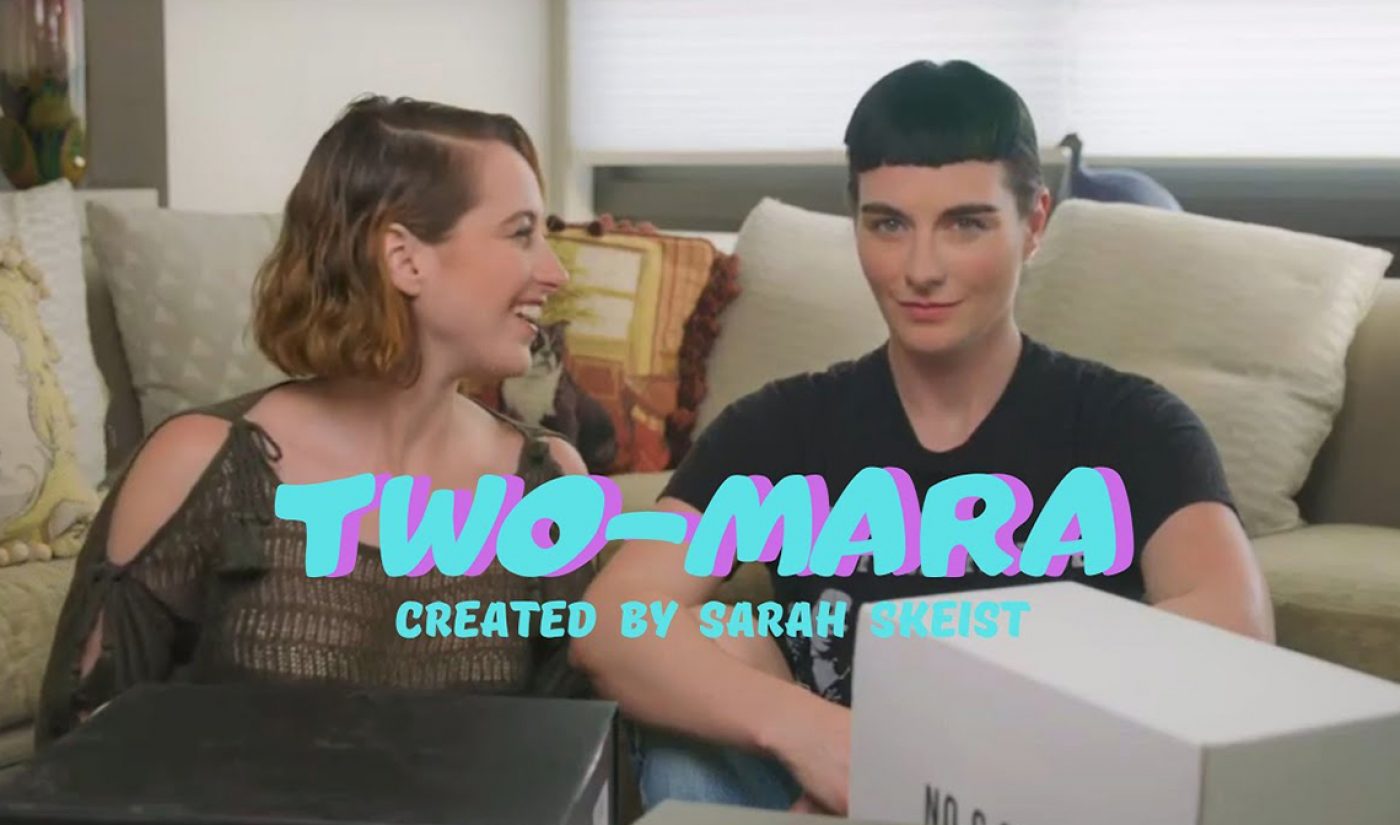 Kate and Rooney Mara are the latest Hollywood stars to stake a presence on YouTube.

It all starts with what-ifs: What if Kate and Rooney started a YouTube channel? What if it was a cooking channel? Or they got into unboxing videos? Or joined the ever-growing gaming sector? Or what if, as many creators do, they sat down with their audience and just got real for a sec?

These and all your other questions are maybe answered in new comedy web series Two-Mara. Starring Sarah Skeist as (not) Kate Mara and Jewells Blackwell as (not) Rooney Mara, the five-episode production was originally intended to be a window into “absurd, clown versions” of the famous sisters, written by Skeist after a “thorough 15 minutes of research into the actresses’ filmography and interview styles.”

Skeist says during the development process, she gave herself “permission to write as weird as what is actually in my head”–and that resulted in the onscreen dichotomy between sunny, sweet-tempered “Kate” and dark-souled, woe-is-upon-me “Rooney,” who lives to “derail, sabotage, and wreak havoc on her sister’s plans.”

But something more came of the “weird,” too. As Skeist worked on the series, she found a real heart down there under the sisters’ bickering. Ultimately, she says, “Two-Mara is a deranged love song to our sisters–biological or chosen–about the ways in which we both punish and seek approval from the people we love.”

As mentioned, Two-Mara stars Skeist (who’s appeared in House of Cards–alongside the decidedly not fictional version of Kate Mara–as well as Netflix’s The Punisher and comedy film Father Figures) and Blackwell (an improv specialist who recently won Best Actress from the New York Film Awards and Los Angeles Film Awards for her performance in short film Deadzone). It’s directed by Broadway actress Georgia Warner, and produced by Lindsay-Elizabeth Hand through her studio Edge In Motion Productions.

Two-Mara debuted on YouTube Feb. 26, with a new episode dropping each Wednesday since. The final episode is set to premiere this coming week, on March 25.

You can check out the series’ first episode below, and catch the rest on Edge in Motion’s YouTube channel.