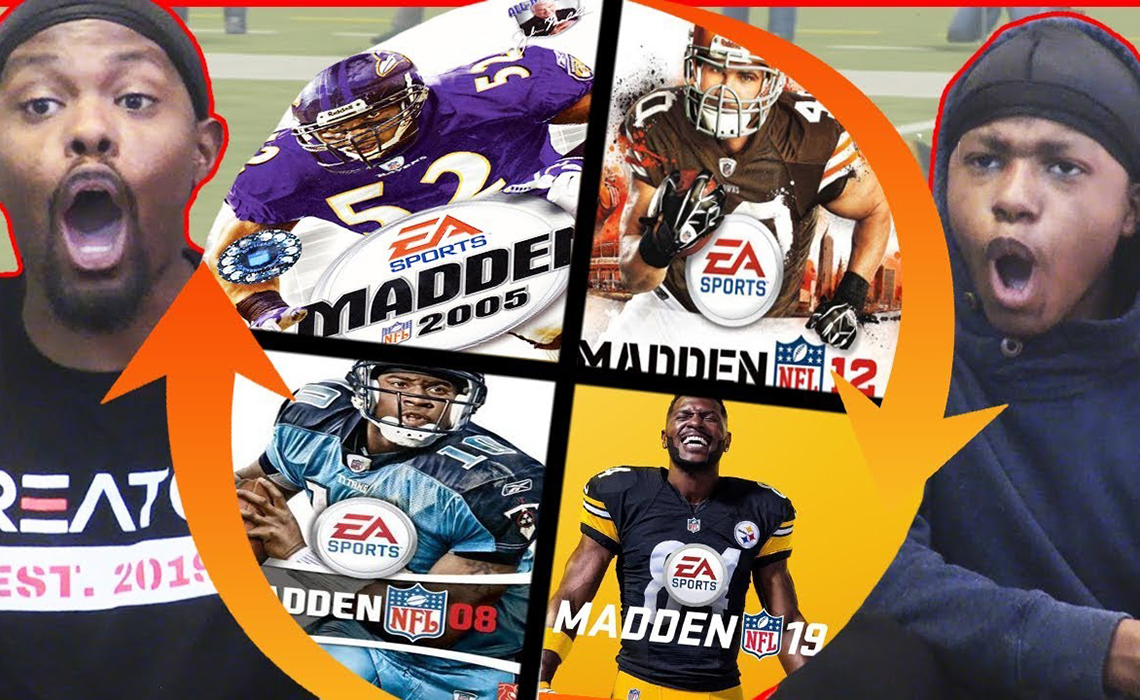 YouTube Millionaires: For iMAV3RIQ, It’s All About Faith, Family, And Football

For Dion Williams, life is all about faith, family, and football.

Better known as iMAV3RIQ, the name of his flagship YouTube channel, Williams has cultivated an online presence that reflects what’s most important to him. The iMAV3RIQ slogan is “God first, God bless.” He often talks about his wife–affectionately nicknamed Mrs. iMAV by Williams’ fanbase–and four children, and regularly welcomes his younger brother Trent to star in his videos, which are all about the biggest football game on the market: Madden.

When Williams first joined YouTube, it was for a reason many folks born in the ’90s will probably recognize: his high school teachers had discovered this newfangled video website, and wanted to see if their students could make and upload content. Like the majority of students challenged to explore the growing world of digital video, he did his project, got his grade, and moved on, forgetting about YouTube.

But then Williams got into internet marketing, and there YouTube was again. He was drawn back by the amount of traffic the platform generated, and realized that hey, people were actually making careers out of this whole video thing. What more, some of YouTube’s top creators had gotten where they were by playing popular video games like Battlefield and Call of Duty. Williams liked digital video, liked the fact that YouTube creators were turning their content into careers, and liked video games. So, in 2013, he dove into full-time content-making.

In the years since, he’s turned away from first-person shooters (which are popular on YouTube, but not his favorites) to play games he really loves, like the aforementioned Madden and NBA 2K. He’s scored brand deals with the NBA, the NFL, and game developer Electronic Arts. He’s grown the behind-the-scenes iMAV3RIQ team from a one-man band to seven people, and has expanded his ventures outside his own channel–namely to a business where he coaches fellow YouTubers, using his experience to help them establish and grow their own platforms.

And, of course, his channel recently crossed the one million subscriber mark.

Check out our chat with this newly crowned Millionaire below.

Dion Williams: Extremely blessed. There’s a lot of people working really hard to get a fraction of that number. So to achieve something like that is extremely humbling. I’m grateful for everyone who’s supported in any kind of way along the journey.

DW: I first started uploading YouTube videos in high school (it wasn’t the cool thing to do back then). I had a TV broadcasting class senior year where I learned to edit and how to work cameras, so my friend and I created a show for our school TV network called Cold Gritz. We would upload each episode just for people at school to watch, but it was cool to see some of them reach random people online who enjoyed them.

After Cold Gritz, I stopped YouTube, as I got into internet marketing…which would eventually bring me back to YouTube when I went to it looking for a traffic source to one of my websites. I had no idea that you could get paid for posting and turn it into a career. Long long short, now I’m able to support my wife and four kids with the income from YouTube.

Tubefilter: When you first started YouTube, you focused on first-person shooters like CoD, but over time, you’ve begun mainly focusing on sports-related games like Madden and NBA 2K. What’s specifically appealing to you about these games?

DW: The sports games just came natural. I played sports growing up, so my competitive nature is rooted in sports. Me trying to do shooters was me trying to be something that I’m not, which is something I noticed is common among new content creators. They try too hard to be some of the people who inspired them instead of staying true to who they are

Tubefilter: I’m noticing that lots of our new Millionaires are coming from the sports video game niche. Why do you think this sector of digital video is growing so rapidly?

DW: I think it’s been a long time coming. We are starting to see a lot of niches exploding, and I think that’s due to the overall growth of consumption on the platform. It’s not weird or strange to watch a lot of YouTube anymore. And a lot more people are aware of terms like “YouTuber” and “influencer.” I think it also helps that gaming and esports are on the rise too!

Tubefilter: Is YouTube your full-time job? What does the average day look like for you? How long do you spend filming, streaming on Twitch, etc?

DW: Yes! YouTube has allowed me to buy back my time by building a team of seven people. That’s given me the time to grow and scale other businesses like my coaching, where I help aspiring content creators get started or seasoned creators scale like a professional. I’m always experimenting with different schedules, but right now, I usually start my day with gaming so I can play while my kids are at school. That will be anywhere between three to six hours. And then, when they are home, I’ll do more of my coaching stuff. But my wife has been battling some rare illnesses for the last few years, so my work days can go south quick if I need to help her. But it helps to have a team because I only have to be part of the recording. After that, the rest is handled by my awesome team. That’s a long ways away from the early days where it was me doing everything and uploading up to 15 videos a day.

DW: You know when someone does something nice for you…How you just want to return the favor? Like, if they give you a gift, you can’t wait to give them one back? Well, that’s how I feel about Jesus…except it’s kinda hard to give a gift to The Creator of the universe. So I give Him one of the few things I can give, and that’s glory. I’m enternally grateful for Jesus and what He did on the cross for us. 🙌🏾🙏🏾

Tubefilter: How have you been growing your audience? How do you make your videos stand out in such a crowded space?

DW:I’m big on community and family vibes. One of my strengths is the ability to never lose focus of the individuals that make up the million subscribers or the millions of views. I’m obsessed with the idea that every person watching me has a story full of ups and downs, insecurities and struggles, preferences and opinions…and so I do a lot of time talking and listening to my audience. It’s crazy how most of the time you don’t even have to reinvent the wheel to stand out. Just ask your people want they want, and then give it to them!

Tubefilter: Have you had any brand deals or sponsorships? Have you launched any merch?

DW: Oh yeah! Tons of cool brand deals and tons of merch sold! It’s still crazy for me to meet people when I’m places and see them wearing our stuff! Some of my favorite brands to work with have been the NBA and NFL, Hot Pockets, EA, and NBA 2K because they put me in their video games.

DW: Continue to grow and expand my library of channels that I’m building and continue to help coach and mentor as many people as I can to help them create bigger results that I have!

You can add yourself to the ranks of Williams’ more-than-a-million YouTube subscribers at his channel YouTube.com/iMAV3RIQ.

YouTube Millionaires: MMG Balances College And A “Cuul” Gig As One Of YouTube’s Top ‘Madden’ Creators