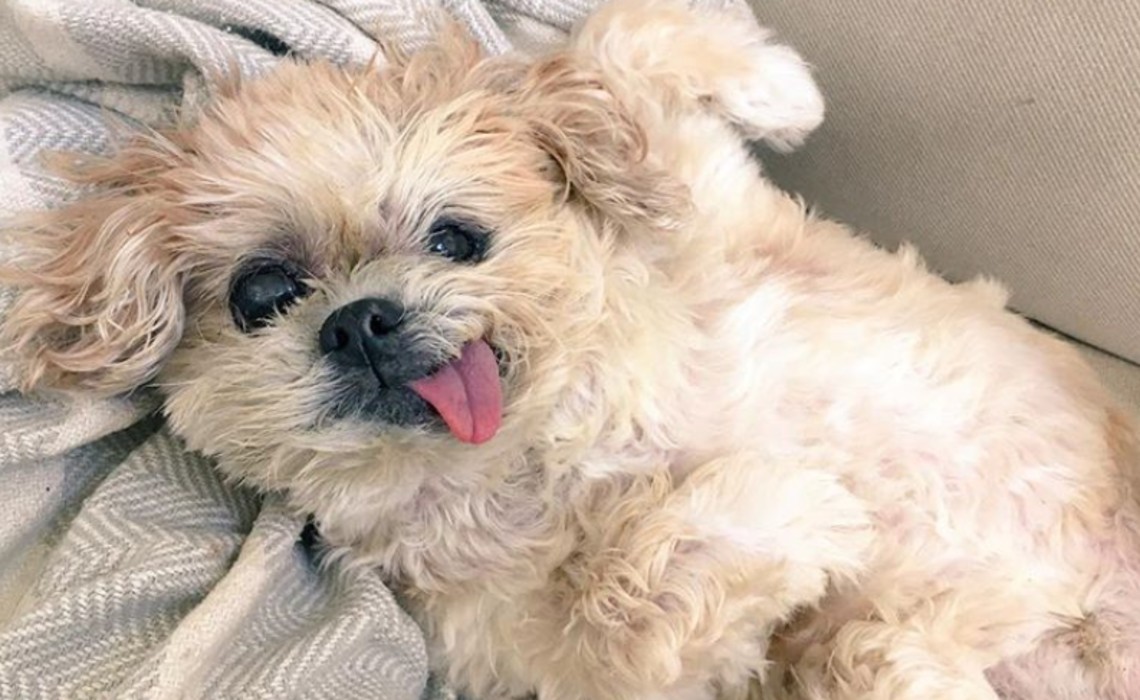 ‘Marnie The Dog’, the OG pet influencer beloved for her permanently tilted head and protruding tongue, died on Thursday at age 18.

Marnie’s owner, Shirley Braha — who adopted the shih tzu from a shelter roughly seven years ago — announced the news in a lengthy Instagram post over the weekend. “Her comfort had been notably declining over the past few days with little hope for improvement and she let me know she had had enough,” Braha wrote to Marnie’s 1.8 million followers. “I’m thankful I was chosen to be the conduit for Marnie to bring joy into the world.”

In addition to her unique look, a large part of Marnie’s legacy, Braha noted, was that she harnessed her platform to advocate for senior pet adoption, given that Marnie herself was adopted at age 11. According to her Facebook bio, Marnie hails from a Connecticut shelter — where she’d been nicknamed ‘Stinky’ and initially thought to be blind in her left eye. Braha renamed her after the singer-songwriter Marnie Stern. Her head tilt is the residual effect of a brief illness called Vestibular Syndrome.

In addition to sponsored posts and adorably themed photo shoots around various holidays, Marnie also documented her numerous run-ins with celebrities on her popular Instagram page, including snaps with Demi Lovato, Jack Black, and Jimmy Kimmel.

Marnie will be laid to rest in a pet cemetery in Los Angeles, Braha wrote, with a public memorial being delayed for the time being due to coronavirus.