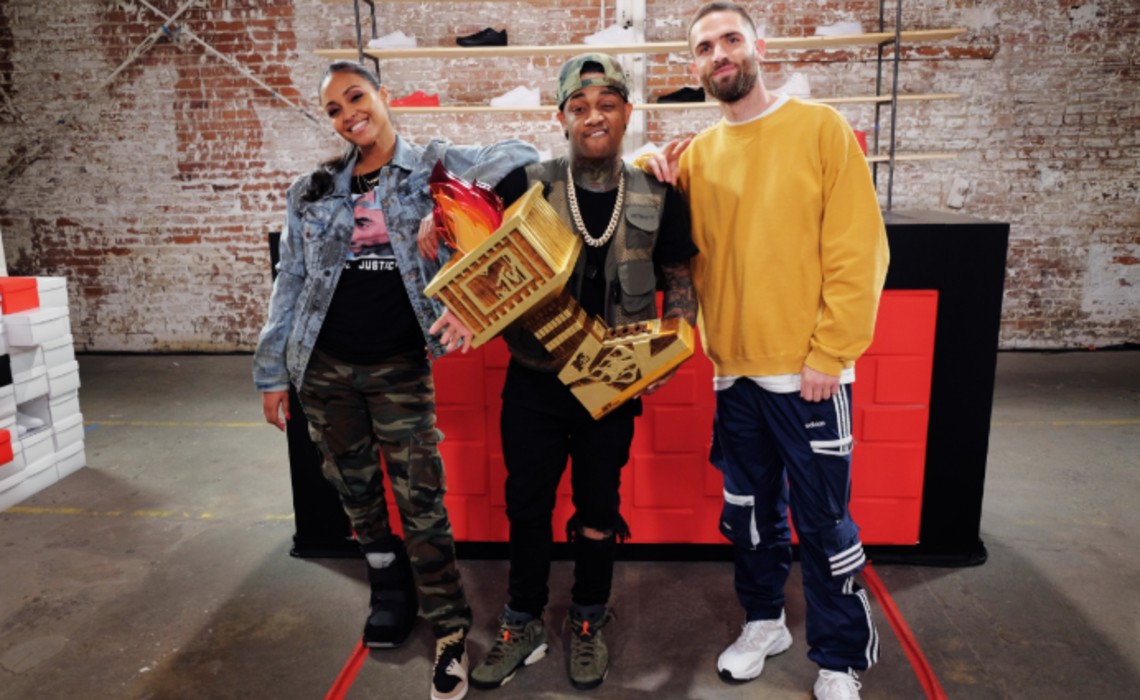 MTV is turning to the bustling online sneakerhead community for its latest digital series, dubbed Sneaker Wars, which will pit top shoe customizers against one another in head-to-head battles.

The series bowed Tuesday on the Wild N’ Out YouTube channel — given that cast members and fans of that series frequently geek out over their love for sneakers, MTV says. New installments will drop every Tuesday. In each episode, two influencer contestants will be put to the test with timed mystery challenges to customize a specific pair of sneakers — with each challenge organized into a different theme.

Reggie ‘Conceited’ Sergile, a battle rapper and Wild N’ Out star, will host the series — and also serve as a judge alongside noted sneaker designer Sean Wotherspoon (1 million Instagram followers) and NBA correspondent Brittney Elena. The winner of Sneaker Wars will take home a special ‘Sneak Awards’ trophy. A few of the contestants competing this season include VickAlmighty (known for his shoe restoration skills), and noted customizers Justin Heidrick and Jamil Austin.

You can check out the premiere episode, where contestants compete with a pair of Air Jordan 1s, right here: