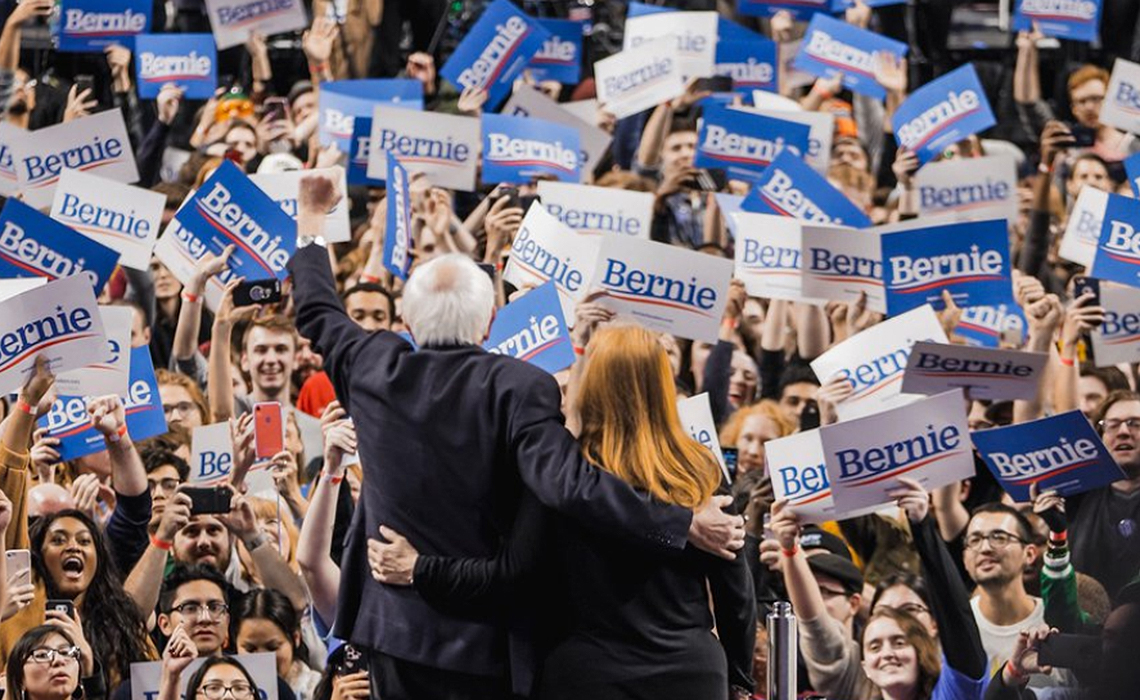 We’re through three Democratic primary states so far, and Bernie Sanders has won the popular vote in all of them–Iowa, New Hampshire, and Nevada. That momentum is also evident on social video platforms like Facebook, Instagram, Twitter, and YouTube, according to video analytics firm Tubular Labs.

Sanders’ lead has become even more apparent since the week of the Iowa caucuses (starting Sunday, Feb. 2). Bernie collected nearly 41% of all social video views about the candidates. Looking at the same timeframe, Bloomberg wound up with 18%, while Biden had 15% and Buttigieg had 13%. Warren had just 10% of views, while Klobuchar was at 4%.

As for where views about each candidate are coming from…Bernie’s Facebook page has been the top distributor (by far) of videos related to the candidate, with 30.4 million views on 110 uploads since Feb. 2. People for Bernie’s Twitter page was second with 14.7 million views, and his official Senate Facebook page also wound up among the top 10 creators with 4.6 million (putting it in ninth place).

As it’s become clearer that Sanders is a frontrunner for the Democratic nomination, he’s also become a bigger focus of Republican opposition. Fox News (12.5 million views), conservative personality Ben Shapiro (8.1 million), and RNC Research (4.6 million) all appeared in the top 10 creators making content about him.

For Biden, derisive videos created by conservatives were among the most popular (by views) about him. Right-wing podcasters The Hodgetwins generated the most views: 8.3 million on Facebook since Feb. 2. Sean Hannity‘s Facebook page was second at 6.3 million, and Fox News’ Facebook page was third with 5.7 million. Biden’s own accounts appear just once in the top 10 (sixth), and four of the top 10 are conservative pages.

Bloomberg’s own YouTube page has generated the most video views about him since Feb. 2–14.9 million–while his Facebook page was seventh (3.3 million). For Bloomberg, conservatives don’t show up until the eighth-place spot, held by Fox News’ Facebook page (3.2 million). His top creators largely include news outlets like MSNBC, The Daily Show, NowThis Politics, The Hill, and The Young Turks.

Interestingly, Buttigieg isn’t even among the top 20 creators of videos about him since Feb. 2. The official “Team Pete” Twitter feed shows up all the way down in 23rd place with 1.3 million views. The top Buttigieg creators in the timeframe are Fox News (5 million) and Biden (4.7 million)–though the former mayor’s top individual videos also come from Ellen DeGeneres and The Daily Show.