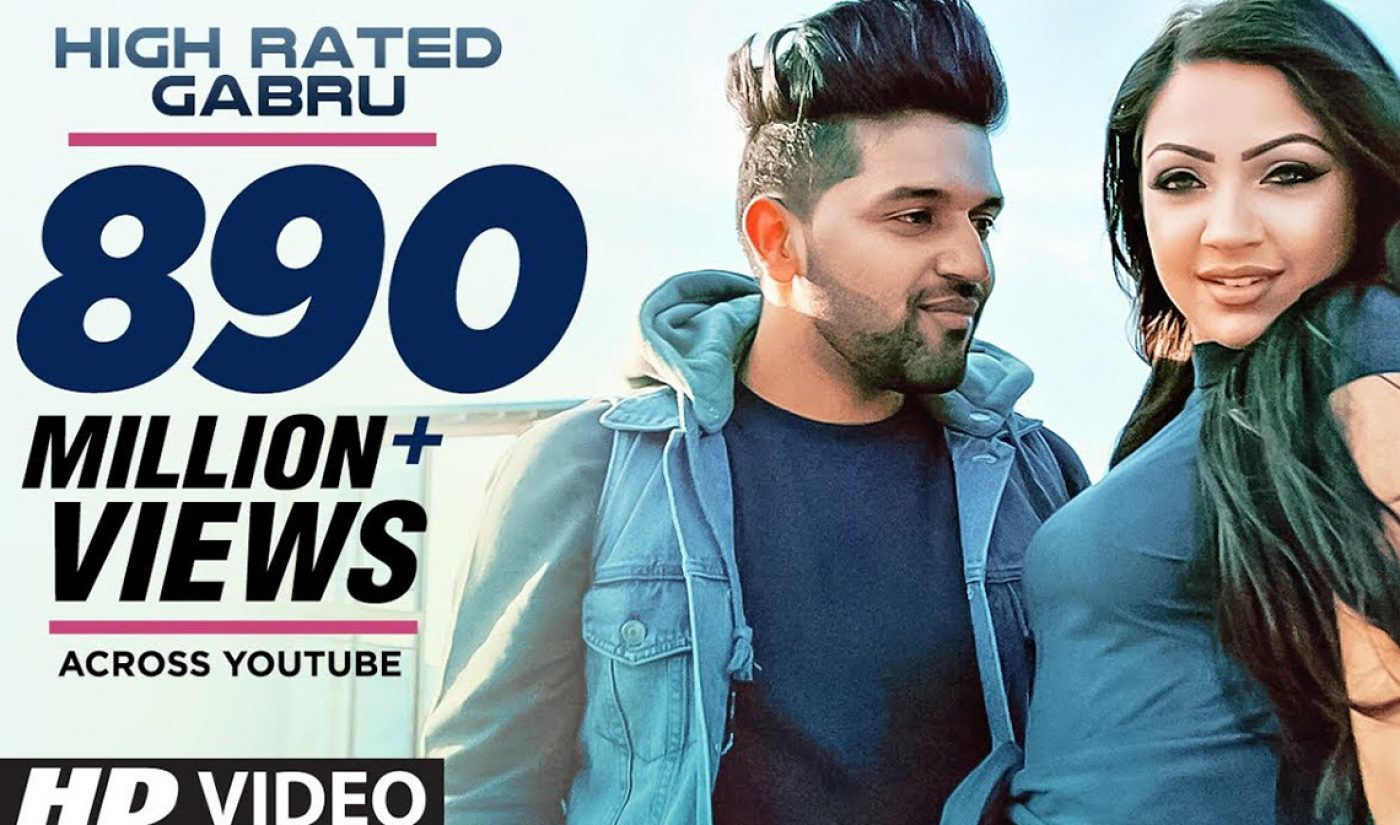 T-Series has a lot of firsts to its name.

The Indian record label was the first channel to emerge from the masses as a challenger for PewDiePie, who’d long been YouTube’s most followed creator. Launched in 1983, T-Series became a well-known producer of Bollywood songs, and by 2015 had grown to take over 35% of the Indian music market.

It began posting its fare on YouTube back in 2010, but its popularity didn’t truly surge until 2018, after a boom in smartphone and internet usage amongst India’s 1.3 billion residents. Between 2015 and 2018, India’s number of smartphone owners jumped from 18% of the population to more than 25%. Now, more than 325 million people in India use smartphones–a number nearly equal to the U.S.’s entire population of 327 million.

T-Series was originally anticipated to overtake PewDiePie in late 2018, but thanks to fan efforts (some chill and some not so much), clung to leadership until March 2019, when he officially conceded. His channel’s growth temporarily slowed, but T-Series’ did not. In May, it became the first channel to pass 100 million subscribers, and the first recipient of YouTube’s newly invented Red Diamond Creator Award. (PewDiePie crossed 100 million in August 2019, and received his own.)

T-Series’ subscriber count has since climbed to an impressive 130 million–but that’s not the number we’re calling attention to. Instead, we’re looking at view count. When PewDiePie conceded, T-Series was getting around 2.9 billion views per month. Ever since, its monthly count has continued to climb, pushing over 3 billion in June 2019 to 3.3 billion in November 2019 to its highest month of all time, 3.7 billion, in January 2020. 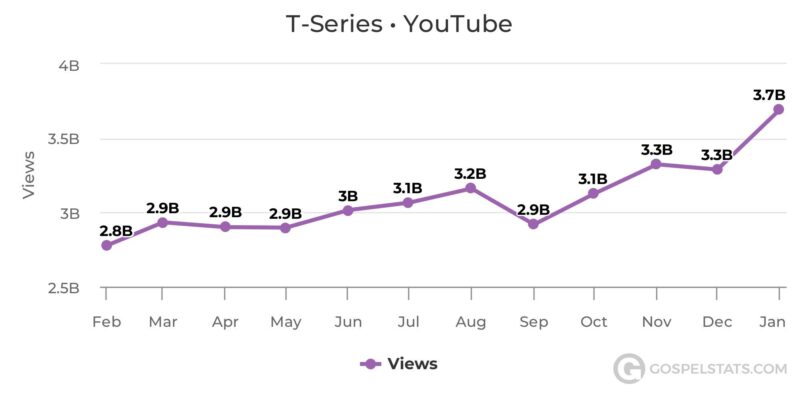 As of press time, the channel has exactly 100,733,684,224 views. That’s a staggering number, one unachievable for many creators. But that’s not their fault. If you take a look at T-Series’ channel, it’s easy to see why the views are pouring in. Most creators, due to the limits of human existence, can strain to hold a daily upload schedule. T-Series, though, is posting five to seven videos per day–usually one every couple of hours during the daytime. All of its videos are songs it’s already produced, and most are short, between two and three minutes. Its most recent video, posted four hours ago, has 16K views, while videos from yesterday have 764K, 198K, 151K, 105K, and 61K.

T-Series has a total of 300 employees, and 13 of them work on its YouTube business full-time. With those employees and its ever-growing catalog of songs, it has virtually limitless resources to make videos. This corporate approach to YouTube was the subject of numerous fan and creator comments during the T-Series/PewDiePie battle, with many noting they’re worried what will happen to independent creators if content churning companies like T-Series and 5-Minute Crafts (64 million subscribers, 350 million views per month) start taking over.

One thing is apparent: YouTube has become a core part of T-Series’ business. Its chairman and managing director Bhushan Kumar has said it makes 60% to 70% of its annual revenue from YouTube. That revenue comes from the core T-Series channel, as well as the 28 other channels in its multichannel network. (There is limited data on T-Series’ annual revenue, but Business Standard has reported that between January and July 2018, the company earned $100 million in AdSense alone.)