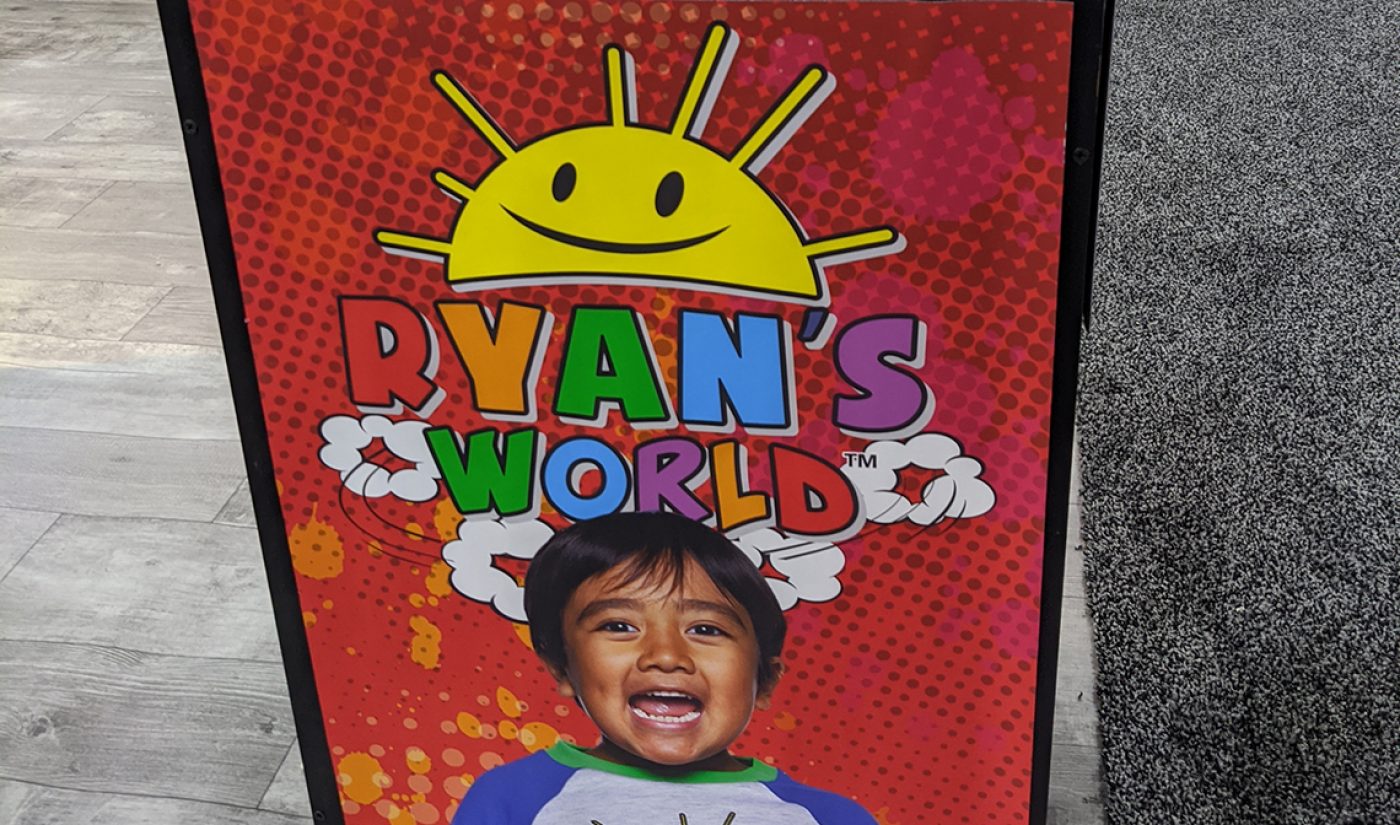 Usually, there are no children at Toy Fair New York.

The annual industry event is for adult “play professionals” (around 30,000 of them) and prominent toymakers (around 1,000) to gather and get a look at the next big things in the U.S. toy market. Though the products presented largely target a young audience, “our rule typically is no kids,” Adrienne Appell, director of strategic communications for Toy Fair’s organizer Toy Association, tells Tubefilter.

“The way families, adults and kids, are consuming content is obviously changing rapidly,” Appell says. “We’re seeing a lot of nonlinear platforms as a way where people are consuming entertainment, whether it’s Netflix or Disney+–but also, YouTube.”

An increasing number of kid-oriented YouTube channels are signing deals for toy lines. This boom likely began with Ryan’s World, the one-billion-views-per-month channel headlined by sunny eight-year-old Ryan Kaji. It signed with kids’ digital content studio pocket.watch in 2017 and has since evolved into a merch and licensing empire of more than 1,000 products in 75,000 stores around the world.

It’s likely not only the typical appeal of merchandise and distribution through massive retailers that’s drawing these creators to toy companies. After YouTube removed personalized ads from “child-attractive” content Jan. 1, kids’ channels have lost up to 60% of their AdSense revenue. Toy deals, on the other hand, can come with guaranteed advances between $50,000 and $1 million, plus royalties of 10% to 20% of sales, a person familiar with the matter recently told The Wall Street Journal.

How much sales revenue can YouTubers expect? The sector is too early to offer average earnings, but, according to pocket.watch, those 1,000 Ryan Kaji-related products are collectively expected to rake in $150 million this year. Sources familiar with Blippi’s lineup of toys, apparel, and books told WSJ it’s expected to bring in $30 million this year.

Kaji notably attended Toy Fair in 2018 to do a live unboxing of items from his Walmart-exclusive line. His toys opened the door for YouTubers, according to Anne Marie Kehoe, Walmart’s VP of toys. At Toy Fair 2020, she told WSJ, “Three years ago, we might not have even considered [YouTube stars]. Now, based on the success of Ryan and understanding what kids are coming in for, we’re committing space to putting [YouTuber-related toys] in stores.”

“You’ll notice when you’re walking around the show, there are some kids you’ll see in the aisle,” Appell tells Tubefilter. Nowadays, “Our exhibitors work really, really closely with a lot of kids through their YouTube channels and their content creation, and they’re an important part of their brand and their marketing and helping them tell their story.

“To a lot of companies,” she says, “partnering up with content creators is just as important as traditional media. So there are definitely more [kids] at the show.”

And, for the very first time in Toy Fair’s history, those kid creators (and creators who make content for kids) had a place of their own. This year, Toy Association opened an official Creators’ Lounge sponsored by Ryan’s World toymaker Bonkers. Melissa Hunter, a longtime YouTuber and founder/CEO of creator group Family Video Network, tells Tubefilter that in the past, creators attending Toy Fair hung out in the press room if they needed a breather.

“Three years ago, it was hard for YouTubers to even get into Toy Fair, or get their kids into Toy Fair,” she says. When she first began attending Toy Fair a few years ago, she had to push for her daughter and vlog partner Gracie to attend with her. Gracie and fellow young YouTuber EvanTube ended up being the first kids allowed into the event–and now, Hunter liaises with Toy Association to ensure Family Video Network creators and their kids get into the fair. “It was really, really hard to get approval. Now they’re welcome and they have their own lounge.”

Toy Association also hosted a special welcome pizza party for YouTubers, and gave them unique badges to indicate they’re creators. Hunter says being embraced at Toy Fair is “bizarre and wonderful,” and “shows the power of YouTube kid influencers to drive traffic.”

It’s worth noting that companies outside of Toy Fair New York are also seeing potential in the YouTube space. We recently wrote about Youtooz, a startup collectibles brand making Funko Pop!-esque figures for YouTubers like MrBeast (30 million, 300 million) and Lachlan (12 million, 75 million). It doesn’t publicize what cut of sales creators get, but its cofounder Austin Litman told us its ultimate aim is to create a new stream of revenue for creators. Youtooz has so far released nearly 50 figures, and has filled more than 100,000 orders.